Some basic principles are called for. 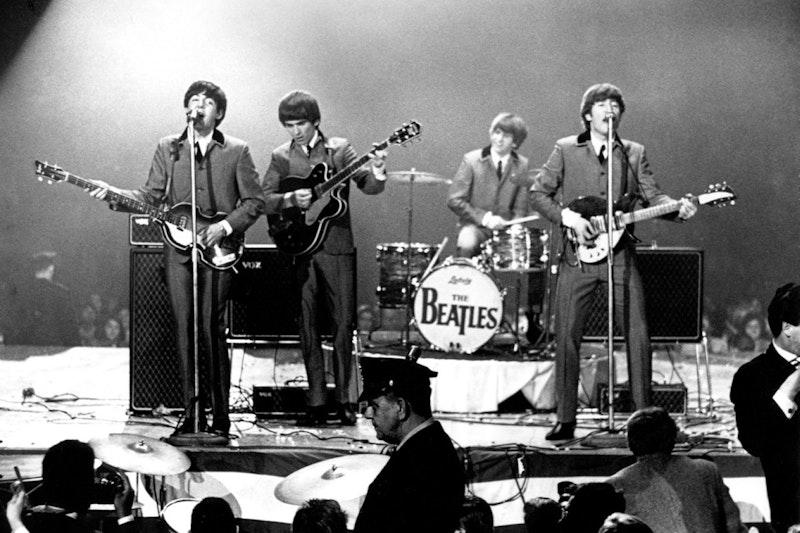 What’s the best Beatles song? It isn’t “A Day in the Life,” though Bill Wyman, writing for New York magazine, says it is. What’s the worst? Not “Good Day Sunshine,” a jolly tune benefiting from fine harmonies and instrumentation. Perhaps a comma in the title might have persuaded New York to cut the number some slack. “Even by McCartney standards (‘Getting Better,’ ‘Hello Goodbye’) the title is inane,” we’re told. The magazine, feeling larky, proceeds: “It could have been ‘Yum Food Delicious,’ or ‘Hot Sex Baby,’ or any other three random words McCartney took out of his Young Man’s Collection of Positive Synonyms—and note that of these three choices McCartney chose the blandest.” But the song says hello to the sunshine. Listen to it. Good day, sunshine. Usually “good day” means goodbye, of course, but it’s close enough for rock. In addition, the words go together nicely. “Hot Sex Baby” might work as something, but not as the chorus of this song. “Yum Food Delicious” would be an early 1980s number by some wise guys with course credit in performance art. Bits of dialogue by Japanese women would play in the background.

I take New York’s arguments too seriously. “All 213 Beatles Songs, Ranked From Worst to Best,” says the headline. No, there won’t be solid reasons for why a given song (“Love You To”) is in slot 74 and another (“Things We Said Today”) is in slot 73. The 213 pieces had to fall somewhere, and here’s how they landed. On another day they might have landed otherwise. Except for “Good Day Sunshine.” The list, theoretically, proceeds from worst to best. “Mr. Moonlight” or “You Know My Name (Look Up My Number)” would make for a dull kick-off. Instead a crowd pleaser—a Paul crowd pleaser—must get it in the neck. Hence “Sunshine” in 213.

Choosing “A Day in the Life” as number one signals some good things: an absence of anti-Pepper revisionism, respect for the innovative song-writing and production that helped the Beatles remake popular music. Still, “Day” isn’t the Beatles’ best song. Yes, it aims to be a momentous, groundbreaking experience, and instead of being hollow and self-important it actually hits its target. That means the song counts as a masterpiece. But it isn’t the Beatles’ best masterpiece. “I Am the Walrus” might be, and I might try to find some reasons as to why except that New York, in discussing the power of “Day,” says the following: “Holes are souls, which often have their own holes, and what are we all but holes in the universe, each with our own holes that allow us to live and eventually kill us?” Go away, you’re laughing at me.

All right, reason doesn’t apply here. Let’s lay down some principles and adhere to them blindly: most of the best songs will have Lennon vocals; being upbeat and nonsensical isn’t a drawback (so we’re allowed to enjoy “Ob-La-Di, Ob-La-Da”); the early songs have a beautiful inventiveness and brio; the middle songs have an assured sort of daring that delights as it challenges; the late songs show a chaotic, desperate search for sensation, a search that results in some duds but a high number of fractured, compelling gems. Finally, a Beatles song can be hypnotically beautiful without meaning much, and most of George’s songs are dull. Wait, one more: any song that thrilled me when I first heard it remains thrilling now.

Applying these principles, we can agree that the top 10 will start with “I Am the Walrus,” continue with “Please Please Me,” and definitely contain “Twist and Shout,” “Everybody Has Something to Hide Except for Me and My Monkey,” and “I’ve Just Seen a Face.” The bottom 10 will include “Something,” “Within You Without You,” “The Inner Light,” “Till There Was You,” the aforementioned “Mr. Moonlight” and “You Know My Name (Look Up My Number).” Startling many, “Blue Jay Way” will break the Harrison curse by finishing in the top 70. McCartney’s winsome elegy “Your Mother Should Know” will be in the top 40, and the Lennon-McCartney “Baby You’re a Rich Man” in the top 30. “Ob-La-Di, Ob-La-Da” will be 73. And “Good Day Sunshine”? A respectable 85, even without the comma.