GT Ultra is a prog-pop behemoth, a breakthrough record for one of America’s best bands. 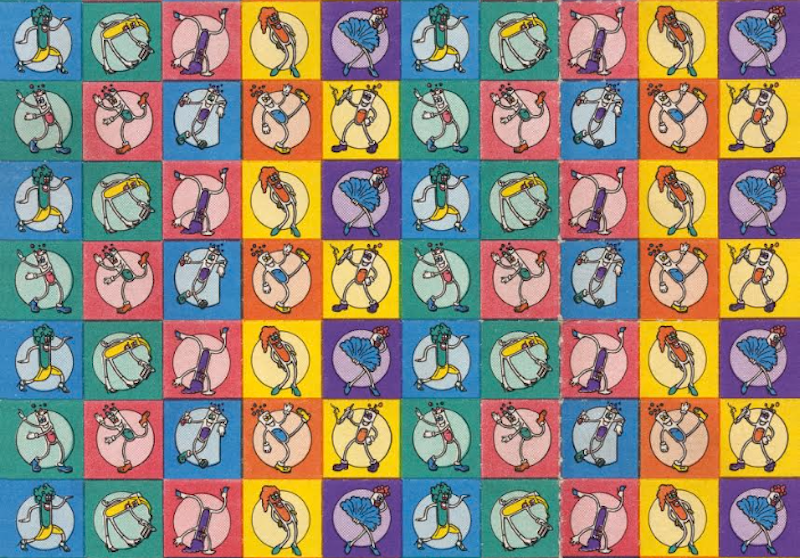 Who expected Guerilla Toss would be back so soon? I loved their DFA debut Eraser Stargazer, which came out just a year ago. A couple of weeks ago I was mindlessly scrolling somewhere when I saw they had a new song out: “Betty Dreams of Green Men.” I listened to it 10 times in a row that afternoon, went and saw a lousy movie, then listened to it 10 more times before going to bed. The new Guerilla Toss record is called GT Ultra, and even though the vinyl’s been out for a month, and the CD came out a couple of weeks ago, I haven’t seen much press or promotion for it. Maybe they’re all waiting for the digital rollout this Friday. I would hate to see GT Ultra overlooked, because it’s an insane record, ridiculously great and a huge leap forward for a band that’s been grinding it out for seven years, carrying the torch of bands like Magik Markers, the USAISAMONSTER, Sightings, Arab on Radar, Yellow Swans, White Mice, and Hair Police. Other than Horse Lords, Guerilla Toss is the only band that belongs to that class of wild underground noise freak staples that seriously thinned around the turn of the decade.

GT Ultra is a prog-pop behemoth, a breakthrough record for a band that should be playing to thousands of people all over the world. I can’t wait to see them when they come through Baltimore next—I've missed or chumped out on every chance I’ve had to see them live. Many of my friends went to their show at the Coward Shoe in early 2013, and all described the band as “kind of dangerous.” Eraser Stargazer was really colorful but it sounded so cloudy, everything coated in green slime and slick with pink steam. GT Ultra is a freshly shaven pate, with Kassie Carlson’s voice pushed to the front of the mix and relatively dry, even when it’s drenched in obscene autotune (“Crystal Run”), or put through a telephone filter on “TV Do Tell,” a great minute and a half of early 1980s/Buggles pastiche.

So many bands hide behind reverb racks and 17 delay pedals to obscure their uninspired songwriting and mediocre musicianship. In broad daylight, Guerilla Toss sound better than ever—tight, powerful, overflowing with ideas. The singles are incredible, full of a dozen hooks and instantly memorable refrains (“Do not call me, do not say my name/Waiting for the alien OK?”).

Perfectly unhinged: I’ve already seen a lot of people compare GT Ultra to the Talking Heads’ Remain in Light—high praise and not that hyperbolic. Byrne and Eno stitched together loops recorded in isolation in different time signatures to create a kind of organized chaos that proved pretty hard to pull off live. Guerilla Toss is just that good: conservatory musos with crazy chops that are irreverent, really fun and potentially insane—like my friends said years ago, “dangerous.” Great bands are like a force of nature: powerful and elusive, impossible to fully grasp, comprehend, or control. It’s exciting to stand before a band like Guerilla Toss and witness what they’re conjuring and capable of. There’s been a drought of interesting and exciting rock bands—or bands with rock instrumentation, whatever! This is the new, and it rules.