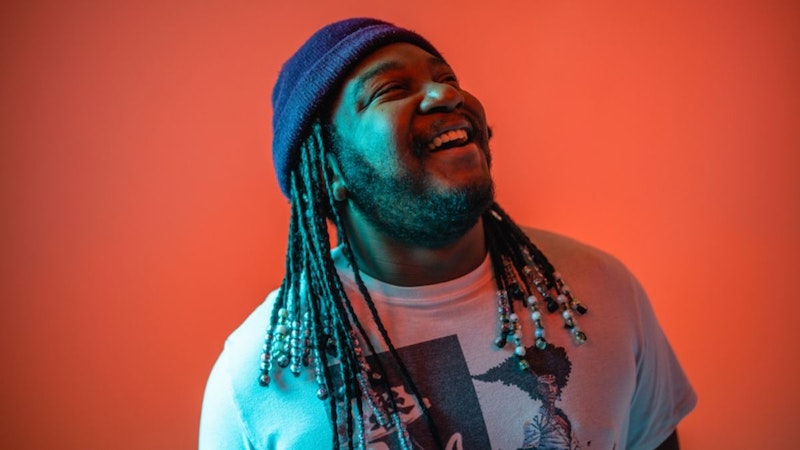 North Carolina-based producer L’Orange’s new album with Nashville rapper Namir Blade is titled Imaginary Everything (Mello Music). It’s a phrase that captures L’Orange’s aesthetic of haunted excess. His work feels like he’s trying to cram in every beat and sample and sound before they disappear into a shimmering, fuzzed-out past, or get choked off in some future aural smog.

MF Doom, L’Orange’s most obvious influence, was a cracked inventor of doped-up goofy empowerment, all hungry extroversion and villainous flow. L’Orange, though, isn’t interested in superheroes; his references are all old radio shows noir, dusty jazz, retro horror and (especially on his 2017 album The Ordinary Man) magic. His tracks aren’t somber, and lots of the samples are giggle-inducing (“Why should anyone aspire to be a common man, an average man!” some flustered nasal old-timey adolescent squawks.) But there’s also a sense of possible loss—like L’Orange is packing the sonic information together before it starts to decay.

The vulnerability and urgency in L’Orange’s productions may be linked to his own unusual relationship to music; he has multiple serious hearing problems. A benign tumor in his right ear has left him mostly deaf on one side. He also has a condition called hyperacusis, which can make ordinary sounds seem painfully loud. Even listening to music is extremely difficult, much less creating it.

“A World Without Music” from L’Orange’s 2016 album The Life & Death of Scenery is supposedly about an apocalyptic future, but it obviously has personal resonance as well, as Lif intones over a spooky vamp with keyboards and ghostly chorus climbing out of and disappearing into the murk.

It also sounds like autobiography on 2020’s Marlowe 2 when one retro audio clip mad scientist mutters, “My ears are ringing; eyes are growing dim.” The odd samples on that album, like the vintage southeast Asian morlam loop on “Otherworld” come across as alchemical miracles carefully catalogued and preserved before they evaporate. Each discovery is precious and tinged with half-tongue-in-cheek longing. “If only there were some way to visit those other worlds.”

Imaginary Everything is lighter on the snippets of dialogue, and in general the album is less layered than most of L’Orange’s work. But the music still evokes cinematic fog and beautifully lit grime, a melancholy cityscape crowded with absence.

Blade’s offhand flow couldn’t be much different than the breathless sing-shout of Solemn Brigham, L’Orange’s most recent collaborator. But Blade’s less declarative approach works well. The first sound on the album is a wailing guitar loop, and the first words are Blade muttering to himself “too many pockets,” like he’s been caught out while trying to search for something in his coat. On tracks like “Nihilism” his rhymes wander around L’Orange’s production, finding odd spaces and gaps. “Nothing changes/nothing matters/nihilism/I could try to listen” he raps while psychedelic guitar solos start up and loop, like they’re reaching for a full Funkadelic Eddie Hazel freakout but can’t right get there. The production isn’t sparse, but it looks over its shoulder at sparseness. Everything’s there, but you can sense a nothing that’s coming.

The album’s last track, “Pipe Dream,” is an easy stroll, with a catchy bass-driven melody—Motown buried cheerily in some cavern system. Blade and guest Brigham trade rapid-fire bars, and hum along as feedback creeps out from the edges of the track. That sweet hook starts to fray and break up, until everything suddenly stops a note too soon. You can’t hear the music anymore. You have to imagine it.