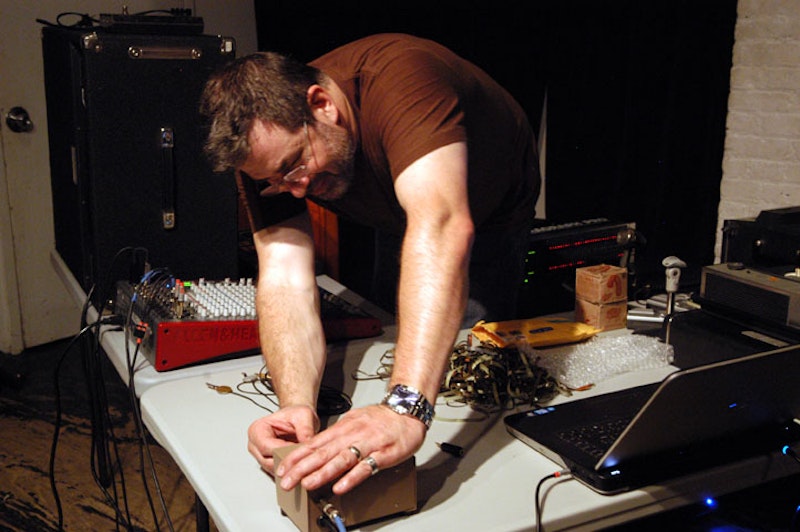 There’s a beep, then a voicemail tumbles free, muffled, intimate, peeved, nearly indecipherable; it’s more mood than threat, goosed along by sliced synth loops. “Goin’ Blind” turns stranger from that point forward, smothering the mix briefly with a bleary religious choir sample before waterboarding “Blinded By the Light” in a bathtub full of codeine syrup.

The effect is haunting and disembodied, as if you’re experiencing it through a stranger’s weed-smoke-filled rec room; the singer’s voice becomes a monster’s distended scowl, the guitar solos sprawling and cavernous. Eventually the speed is slowed so far beyond the limits of abstraction that it sounds like a phaser is being discharged into the recorder from a very great distance. Sure, “Goin’ Blind” sounds downright exhausted, but it’s a weird, rejuvenating exhaustion that brings to mind the vibe endemic in those 1970s television shows and movies that are less wired than physically and spiritually washed out. The clothes are so drab, the skies are so gray, the world seems too boring to even end—but it’s still somehow awesome.