On Kimya Dawson’s “At the Seams (Demo).” 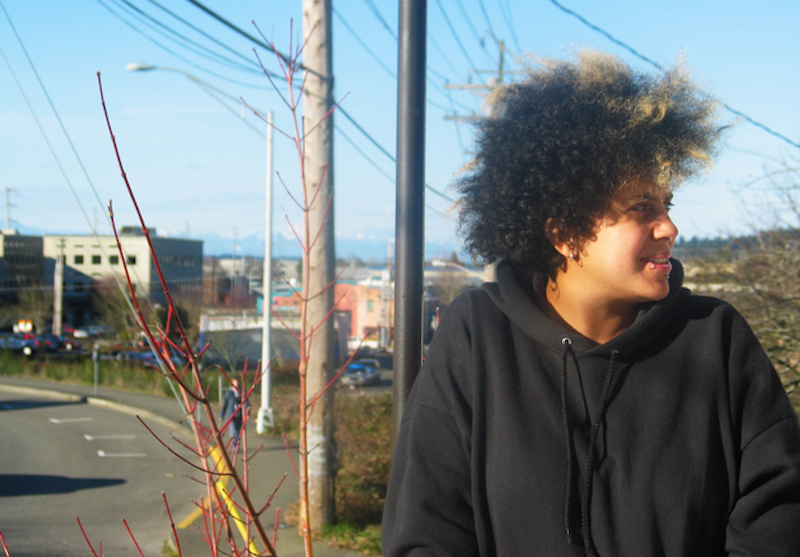 A Woody Guthrie for an era in which the culture at large isn’t aware how badly it’s in need of one, anti-folkie Kimya Dawson works against a timetable of her own reckoning; you never quite know when the ex-Moldy Peaches member will surface, how long she’ll be missing in action, or with which cast of characters she will return. The most recent Dawson sighting arrived last week, a piano-and-voice fueled demo titled “At the Seams.” It’s a stronger barometer of and reaction to America’s present racial climate than Prince’s “Baltimore,” Kendrick Lamar’s To Pimp a Butterfly, D’Angelo’s Black Messiah, or any other musical gesture one cares to name, because—as with the majority of Dawson’s work—there’s little to no artifice at play. “Seams” is structured like a children’s sing-a-long, with protest chants, metaphors, bright, inquisitive chords, and a cynical wariness interwoven into direct, accusatory ire.

In her songwriting, Dawson can often be playful, blunt, confessional, and seemingly naive; there’s a decided lack of guile or sophistication to LPs like Hidden Vagenda, Thunder Thighs, and I’m Sorry If Sometimes I’m Mean that, in my estimation, denies Dawson the audience that would be benefit from her empathy and point of view. Yet it’s her heart-on-sleeve humanity—her vulnerability, even—that sets this mother and activist apart from her peers. Leading with a vista of mid-20th century civil disobedience then glancing down the street today through a Google Chrome browser window, “Seams” is all-encompassing in its historical sweep, specific and street-level, without excess footnoting: MLK Jr. paraphrasing, hashtag slinging, condemnations of institutional rot, flashpoint invocations, advice, fear, Noam Chomsky-level conspiracy paranoia (see also “Viva La Persistence”) that doesn’t seem as paranoid as it used to. Her voice stumbles, cracking the way your heart starts to as your hands curl into fists, and in those gaps the aches and tears that fertilized a song that’s palpably painful to perform. Listen close, through your mind’s ear: can’t you imagine a daisy chain of brave fourth graders singing this song outside of some City Hall?