Congratulations to John Mayall for still being alive. 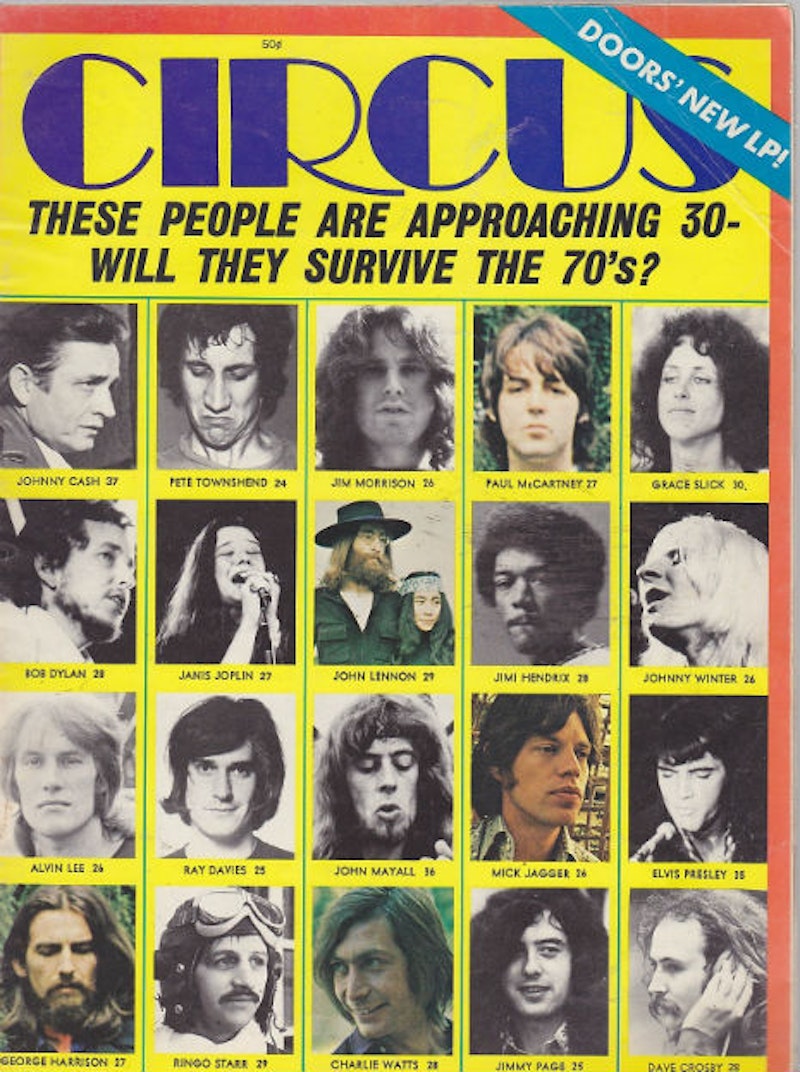 So, I came across a child of God… well, no, not at Yasgur’s Farm and not in 1969, but in our dank, unfinished, cricket-filled basement just last weekend when I was trying to get rid of the excess magazines and newspapers I’ve collected since LBJ was president. Picked up a slightly-mildewed copy of Rolling Stone with Woodstock on the cover, thought about the Joni Mitchell/CNSY song, which zapped me back to the halls of Huntington High School one morning in 1970 when a stoner buddy proclaimed that he was joining the ranks of Jesus Freaks, a “movement” that lasted about three months and was covered, curiously and approvingly by Time magazine. Taken aback, I asked Kyle what led him to such a weird conversion, and, no shocker here, he said, “Chicks dig Jesus, and as long as I keep off the weed, I’ve got it made with Melody.” As it turned out, Kyle and Melody did make some sort of music together, as we all learned on the bus one afternoon, and shortly after he chucked her to the curb. He was a pretty good guy, but this—both the Jesus ruse and woo-and-dump of gullible Melody—wasn’t his finest moment.

Tossed that memory aside, and kept digging through the cartons of publications, quickly discarding back issues of Life, Vanity Fair, Chicago Reader, New York Observer, Village Voice, Creem, Manhattan, Inc., Straight Creek Journal, The Real Paper, Ramparts, The New Republic and on and on, until I noticed the February, 1970 edition of Circus magazine. As a young teenager I’d scrape together two quarters on occasion—usually while waiting for the new Rolling Stone to arrive via U.S. mail—for a copy of Circus, and while it was kind of thin on coherent content, it was still before the explosion of rock ‘n’ roll related print. Apparently, the monthly survived, in many guises, until 2006, but my quasi-infatuation with Circus was short-lived.

In any case, what grabbed my attention last Saturday was the cover of this particular Circus, with the headline, “These People Are Approaching 30—Will They Survive the 70’s?” The writer’s intent was not literal about the 20 mini-pics of stars on the cover, but rather wondering if they’d still be relevant in the Age of Aquarius. As history marched along, Jimi Hendrix and Janis Joplin croaked that fall; Jim Morrison the year after; and John Lennon barely made it through the 70s. Mick Jagger, Bob Dylan, John Mayall (36 at the time, but who’s counting) and Ray Davies all survived; Elvis’s curtain call was in ’77, and Johnny Cash and George Harrison succumbed many years later. Yoko, of course, will live till 105, and no matter how assiduously her legacy is scrubbed and burnished, for hundreds of thousands of people of my generation, she’s still the shrew who broke up the Beatles. (I’d call her a cunt, but I’m not British, so that’s not kosher.)

Inside, Chris Hodenfield (who wrote for Rolling Stone and a slew of other magazines), dominated this particular issue, and this excerpt from his meditation on the 60s is choice:

Girls swoon over a cat, who, say, doesn’t come on like a burly, hairy lumberjack, but rather a silky dude. With a scream, in the corridors of Alvin Lee and James Morrison, of a bitch in heat… but is in firm reality, the howl of the Real Man, a man of a dozen facets, and capabilities being both lion and butterfly for his woman. A girl who wants to submit herself totally to this is correct. A guy who gets furiously-swimming nightmares about rolling with an impassioned tigress like Janis Joplin or Tina Turner is also normal… Get your rocks off on the people who jive on stage.

Man, that is exhausting to read, likely far more taxing than the minute or two that Hodenfield, presumably well-oiled on this or that mind-altering commodity, tapped it down on his typewriter.

Anyway, sub-prime nostalgia like this copy of Circus is easy to come by—considering I’ve barely made a dent in the basement morgue—and after I read a review of Let It Bleed in that issue that didn’t even mention “Gimme Shelter” or “Monkey Man,” I then tossed in the refuse room, where one day this spring a junkman will haul all this garbage away.