A Brief History of "Xian Psych"

The good book and a few tabs of acid. 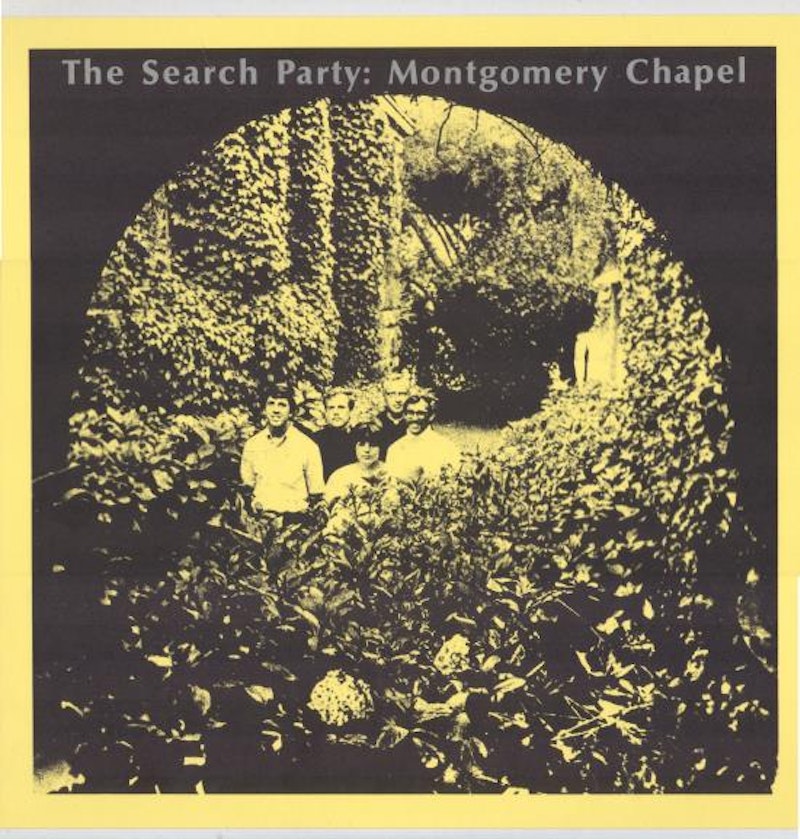 It’s been said that religion is a drug of faith. If there’s even a grain of truth to that claim, then it makes sense for inspirational pop music's origins to be found buried in an obscure sub-genre of vintage acid rock known as Christian psych. My first exposure to the moody sanctified world of hippie music came while perusing a few rare music catalogues about 12 years ago only to find the abbreviation “Xian psych” occasionally ascribed to various oddball privately pressed 1960s/70s LP's made by bands with Biblically-inspired names like Holy Ghost Reception Committee # 9, Earthen Vessel, The All Saved Freak Band (which featured a member of famous hard rockers The James Gang), and Last Call Of Shiloh. Like so many psych era cult faves, the original copies of Xian psych records began to command astronomical prices once a renaissance of interest started to develop around these illegitimate children of Aquarian idealism and the Christian rapture.

This was a lucky turn of fate for me and other broke but curious music fans everywhere, as many of the extremely rare classics of the genre became more easily available thanks to a flood of digital/vinyl reissues, fan sites, and buzz on record collecting message boards that emerged in the wake of Xian psych's sudden hipness.

Here are some of my favorite records of this inimitable style, all of which have been reissued except for one major label release that is fairly affordable and easy to find. Leave your preconceived notions about Christianity at the door and focus on the fact that Xian psych records were made to appeal specifically to non-believers. Are these musical attempts at religious conversion? Of course! Nonetheless, these aren't preachy records at all. Instead Xian psych musicians used their work to expose the hippie scene to what was thought of as mind expansion through God. In the process of doing so, these artists offered a fascinating glimpse at an eccentric way in which people of faith reconciled the cultural upheaval of the Vietnam era with great artistic vision:

Concrete Rubber Band: Risen Savior, LP/c.d. (Radioactive Records, originally released by the American Artists label; Alden, Kansas 1974.) Concrete Rubber Band self-produced its lone LP in a series of droned out, murky living room sessions that represent some of the greatest moments in Xian psych. Switching from neo-classical/prog compositions, to proto-new wave synth flights, to gnarly garage hard rock (sometimes all within a single tune), Concrete Rubber Band created a sound that many collectors have rightly referred to as a non-secular answer to that of the lo-fi rock band Stone Harbor. This is definitely a good one to start with if you haven't heard much from the Jesus freak scene, as musically CRB also brings to mind the work of Iron Butterfly, Funkadelic, and even some early Eno/Roxy Music moves, as well as the aforementioned classical elements.

Tamalpais Exchange: Tamalpais Exchange LP (Atlantic Records; New York City area, 1970.) Few Xian psych records got wackier or more harsh than this one. Tamalpais Exchange were an egalitarian sextet who emerged from the NYC area and somehow got signed to a big label, probably as a result of their work's obvious nod to the popular hippie musical trend of Christian themed Broadway shows like Hair, Godspell and Joseph & The Technicolor Dream Coat. The Tamalpais crew really hams it up on their only album, overloading the mics of these low budget takes with painfully wailing group vocals in performances that blast along with the power of an apocalyptic Mamas & The Papas, but way more punk.

Some songs slip into Anglo folk territory a la Buffy St. Marie or Joni Mitchell's early stuff, so the record has a truly schizo feeling as the group rarely hits any kind of middle ground between the quiet/loud extremes. The loud stuff here is the deal breaker though, so if you think your psych rock dream-come-true could be the sound of a church camp hootenanny screamin’ along to a pounding folk punk accompaniment then this one is a must-have.

The Search Party: Montgomery Chapel LP/c.d. (various reissue labels have put this record out; its most recent reissue appears on Erebus Records; originally self released by the Search Party on Century Records; Sacramento, Ca./Madison, WI, 1969.) Here we have my all time favorite LP, a record I can enjoy anytime no matter what kind of mood I'm in. The Search Party's Montgomery Chapel is a collection of songs written and recorded by a band whose brilliant work completely transcends psychedelia, holy music, rock, and the avant-garde. This LP is considered by some as one of the earliest Christian rock releases and its enchanting moody sound defines everything that's great and unique about Xian psych. Recorded at and named after the San Francisco Theological Seminary's own Montgomery Chapel (whose ivy-drenched facade is evocatively pictured on the record's front cover), half of the quintet's songs here were written by The Search Party's leader, a then 40-year-old Catholic priest/contemporary composer named Nicholas Freund.

Montgomery Chapel was described in its original album notes as "a demonstration of these five people's concern for you." Despite this oblique claim of evangelism, The Search Party's timeless output can be loved by open-minded music lovers of any faith.

Also worth checking out:

Earthen Vessel: Hard Rock, Everlasting Life (this heavy rock release from 1971 has the all time best Xian psych album title); Fraction: Moon Blood (poetic 1970 LP by the guys who were The Doors of Xian psych); Ark: Voyages (1978 LP by another weird Christian group with a west coast acid rock sound); The In Keepers: "That Was Just His Thing" (a 1969 RCA Records 45 that counts as one of the best Xian psych singles); Wilson McKinley: Message Brought To Us cd (a best-of featuring tracks culled from LP's by the most famous Xian psych band of the 70s); Fresh Blueberry Pancake: "I Call Him Lord" from their self-titled 1970 album (these weird garage rockers weren't a Xian band really, but this song is one of the best Xian psych tracks ever); The New Creation: Troubled (a great but very raw ethereal garage rock record from 1970 that could be called the Christian answer to The Shaggs); The Guitar Ensemble: You-N-You (upbeat teen Xian psych folk from 1971 with a weird moodiness a la The Search Party, though much more poppy than SP); Caedmon: self-titled LP (most likely the best UK Xian psych LP, also sort of like The Search Party, but with more renaissance music influences; released in 1978.)