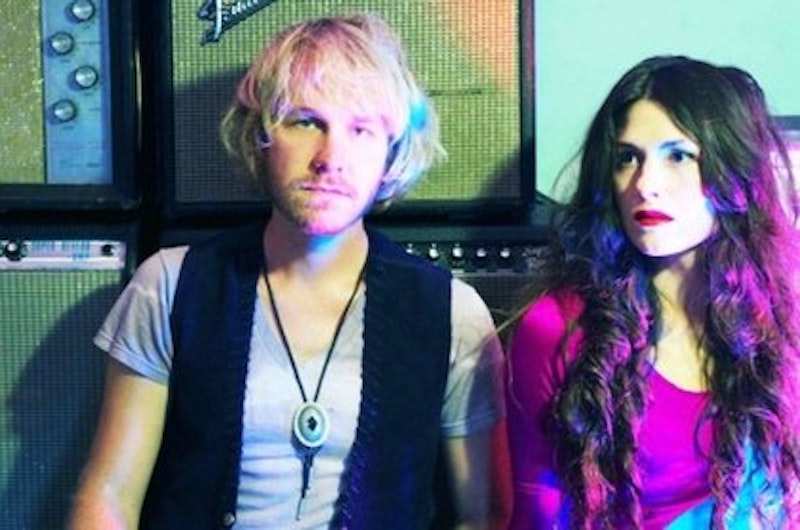 So Nodin and I have reached the point in The Magician’s Nephew where Polly, Digory, Digory’s wicked Uncle Andrew, Jadis, the cabby, and the cabby’s horse find themselves present as Aslan breathes and serenades Narnia into being. Now, earlier in the narrative, Digory and Polly turn up in Jadis’s world, and are wholly captivated by that world’s red, dying Sun shortly before awakening Jadis—a vengeful witch who ruled and more or less doomed her world by uttering The Deplorable Word eons prior—and really setting the C.S. Lewis origin story into motion. “Found Poem” can only qualify as dying-star noise: Portugal’s Sara Santos conjuring up an apparition of a melody and a sustained vocal utterance then, before hitting Play, detuning the whole and descending it into an unholy, bowel-loosening rumble, shot through with spiteful rivulets of bird-hiss. It’s like listening to a serpent devouring its own tail, unknowingly gorging itself on its own mortality.

Crushed Out, “Weigh You Down”

The Jon Spencer Blues Explosion is reunited and touring again. Jack White is making headlines almost every week. The Black Keys are huge enough that my co-workers bring them up randomly in conversation. The Fiery Furnaces are supposedly busy cutting tracks for their first studio album since 2009. Beck Hansen is bandied about as something more than a glorified enabler. I want to believe that all of these are signs that we’re on the cusp of a genuine rock ’n’ roll resurgence, but until more concrete evidence surfaces, try Crushed Out, formerly known as Boom Chick, on for size. A scrappy, confrontational blues aware that the suggestion of profanity can be more affection than an actual swear word, “Weigh You Down” lays out the NYC duo’s classicist case in two and a half swaggering minutes. And that’s a dude on vocals: guitarist/singer Frank Hoier, whose double-helix guitar lines duel like Olympic fencers as Moselle Spiller's drums blaze smoldering craters.

It’s official: Freddie Gibbs is unreviewable. I don’t know that this California gangsta rap MC’s flow has noticeably improved, but his ear for beats has, and a constant flood of plaudits hasn’t left him so impervious or overconfident that he’s shifted into neutral. Again and again, Gibbs just shows up, goes in, litigates on behalf of himself and the streets he purports to speak for, then disappears back into the shadows. The listener doesn’t so much come away with talking points, zingers, or policy prescriptions, but with the vague, not-unpleasant impression that “Freddie was here” and a vague longing for more of the same. “Money, Clothes, Hoes” does what it needs to do: hypnotic, sing-song chorus, immaculately molded verses snapped together like Legos, a sense of atmosphere so potent that it’s almost possible to catch a contact high. Forget the advice of David Axelrod, Bill Clinton, or any other campaign surrogates; on the eve of the next presidential debate, President Obama should seriously consider reaching out to Gangsta Gibbs. He might learn something.