Everyone Evolves, Even Kanye West

Why “White Dress” might be a step in the right direction. 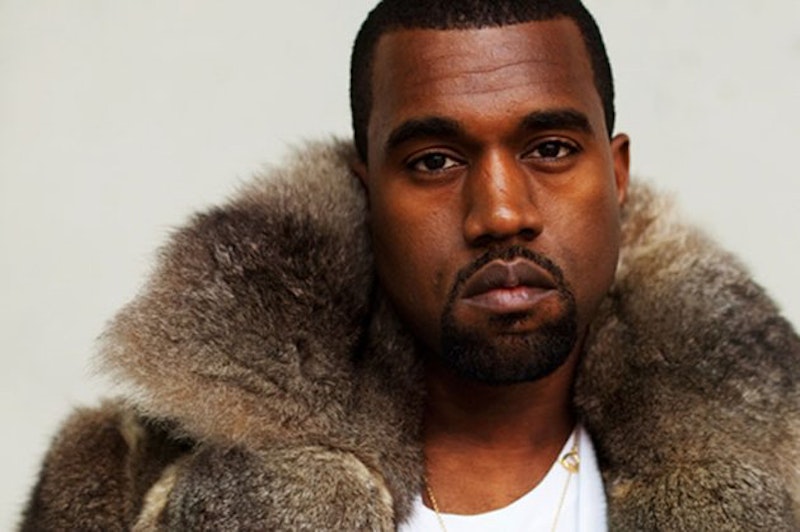 Whenever I rep for “Devil In A New Dress,” these days, I make a point of underlining my preference for the pre-My Beautiful Dark Twisted Fantasy version, minus Rick Ross. A one-sided lover’s quarrel that doubles as a twilit speakeasy crawl—a sultry ramble built upon a Smokey Robinson sample—“New Dress” somehow feels cut entirely from magical-realist cloth. It’s like as the song winds down, Kanye West ceases chewing scenery only to discover that a) the fusion jazz has stopped cold, b) the haze of smoke has vanished, and c) the idling barman is a suddenly George Condo grotesque, with the evening rapidly accelerating into Blood Meridian denouement territory. The production’s deliberately murky tone contrasts nicely with West’s attempt at relationship litigation.

It’s a dark ballad of sorts, close to if not quite in the class of Jack Logan’s “What’s Tickling You,” and while “White Dress” is hardly its equal, it feels like the next link in a logical chain. Producers West, RZA, and Tapez and Boogz Soul attempt to summon a similar mood for the sake of continuity, but their soul-funk lite is too distinct. More significantly, “White Dress” paints with a broader brush, reaching beyond the barred-teeth framing of a rough emotional moment (cf. “New Dress”) to examine a relationship in full, the loose talk submerging it at present, and a proposal proper. Read between the designer-brand encrusted lines, and the message is: “elope with me.”

The risk is that lip-bite earnestness isn’t the equal of a salty ramble. The reward—if West really means this, if he whipped out a ring after playing Kim the Man With The Iron Fists soundtrack for the first time—is the likely evolution and elevation of West’s muse. More risk, more reward: nothing lasts forever, and nobody needs another half-decade of West’s vaguely conscious version of ghetto fabulousness, skewed gender politics, and buddy-movie bonhomie. Calculated chess moves are no match for the paradigm shift that a Louis Vuitton don matrimony could engender: even if it hastened an era of bum notes and misadventures, that is preferable to the no-end-in-sight eternity of semi-tortured ballin’/cultural nihilism that seems to lie ahead for him. That way lies, well, Eminem, if not Michael Jackson.