Off Into the Empty Room

Dent May, lazy Sunday nights and the complicated economics of live music. 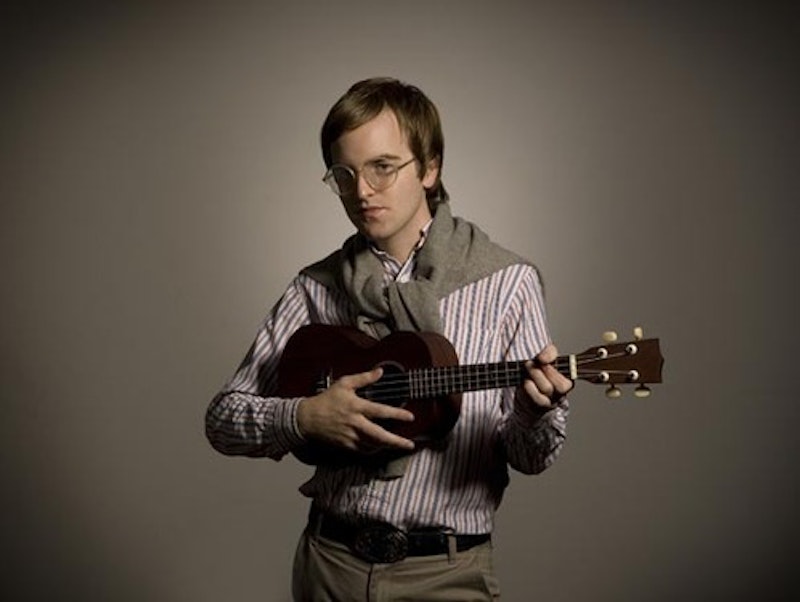 Sunday was a sleepy night in Baltimore. Not much going on, no new movies to see, nothing to do except watch TV at home or hang out at the Club Charles. Unfortunately my band Raindeer had a show at the Metro Gallery and the task of pulling and goading friends and acquaintances out was proving harder than usual. A whole posse of my friends were on their way when they realized none of them had enough money for the seven dollar cover—and when you’re just a year shy of being able to drink legally, the prospect of hanging out sober in a bar seems that much more unappealing. My bandmates’ friends had no excuse—as a few ambled down the block out of Club Chuck later on, excuses dripped lazily out of them, until they admitted they simply didn’t want to fork over the seven bucks. We opened for the Dent May Group, a nationally recognized indie power-pop performer best known for being signed to Animal Collective’s boutique label Paw Tracks, and for opening for them back in 2009. No dice for Dent though, as the sparse crowd had thinned considerably by the time he went on around 11:45. We ended up with the biggest audience of the night.

Playing exclusively to and for your friends is a death sentence for any band. Best case scenario, you’ll play wild house parties, warehouse shows, and a handful of club gigs to moderate enthusiasm before tiring of the plateau and total lack of financial compensation. To certain people, aiming for anything higher than mild local enthusiasm is seen as profoundly gauche and kind of offensive, as if to say that you’re better than them for wanting something more, or thinking you deserve it. The psychology of your audience and how they treat you over time is just as important to keep track of as any other piece of business, whether it’s recording, promotion, finding a label, or booking a tour. When you play a show or two once a month for a year, you can’t count on your friends to show up every time, which is completely reasonable. But these days, people seem less willing to go out at all, to spend the money on any show that not everyone will be at. Seven dollars for beer, cigarettes, pot, fast food, or a cocktail gets spent without a thought—paying the same to see three bands feels like an indulgence to some people.

But it was a good show; we played well, as did Joe Mulhollen and Dent May. May is a joy to watch, a liquid and loose performer with all the showboating, humor, and smooth moves of a young Elton John. Despite playing a touch too loud and with a distorted, trebly mix, his songs came through and impressed the two or three dozen people who stuck it out past 12:30. May is an impressive guitar player and a very capable soloist—he busted out a few amazing lead lines while standing on the monitors and wandering into the crowd. It’s easy to forget this guy has been making records and touring nationally for over three and a half years now. His easygoing, irreverent, and sugary pop songs fit perfectly in the milieu that Real Estate and Woods have so successfully carved out for themselves. Great guy, too; genuinely nice and self-effacing, with little careerist pomp or outsized ego. I picked up the last copy of his “That Feeling” 7” from 2010, and when asked to sign it, he demurred and told a story about being backstage at an Ariel Pink show and noticing how mindlessly and stone-faced Pink went about signing the LP’s of his adoring fans, as if he were Eddie Van Halen behind an arena. Nevertheless, he happily signed my single “xoxoxo from Mississippi—Dent May.” I told him it was great to play with him, he said the same, and I was on my way. In a few years when he’s selling out the 9:30 Club, I’ll remember when Baltimore couldn’t be bothered.