Meet the New Charts, Worse Than the Old Charts 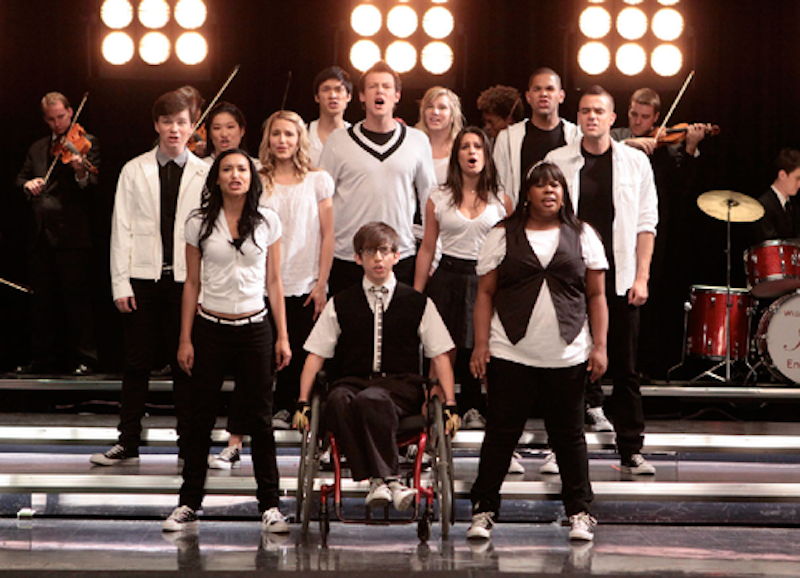 Last Thursday, Billboard magazine unveiled major facelifts for several of the singles charts it uses to track what songs are making moves in popular music. The revamped genre charts for country, R&B/hip-hop, Latin and rock will now begin to heavily incorporate digital sales (from iTunes and the like) and streaming stats (from Spotify and the like), in addition to the radio airplay numbers that had driven those charts in the past. The new methodology for these charts mirrors the one adopted by Billboard’s biggest singles chart, the Hot 100, in 2005, which is both why the change seemed like a good idea, and exactly why it isn’t.

The contrast between last week’s charts under the new rules and the previous week’s charts under the old rules is striking. Taylor Swift’s “We Are Never Ever Getting Back Together,” a Hot 100 chart-topper produced by veteran pop guru Max Martin, had been looking like it would be the first single from any of Swift’s four albums to miss the top 10 of the Country Songs chart. Last week, though, it rocketed to #1, primarily on the back of digital sales and pop radio airplay, supplanting Jason Aldean’s “Take A Little Ride,” a far bigger country radio hit by a far less famous name.

On the Hot R&B/Hip-Hop Songs chart, Rihanna’s new single “Diamonds” shot to the top of the chart, where under the old airplay methodology, it would be way down at #61. The previous R&B #1, Miguel’s “Adorn,” is an offbeat, soulful song by one of R&B’s brightest new stars, but it was not a pop crossover sensation. But Rihanna perhaps pop’s biggest superstar of the last few years, and everything she does sells bucketloads. And according to Billboard, everything she does is R&B, which urban radio does not agree with. Over the course of her career, less than a quarter of Rihanna’s singles have been bigger hits on R&B radio than pop radio, usually collaborations with rappers (or the reggae-flavored “Man Down”). And it took her years to even break urban radio: of her first 10 pop smashes, only the biggest, the Jay-Z-assisted “Umbrella,” was a major R&B hit.

The changes are less obvious on other charts, but still significant. The new Rock Songs #1, fun.’s “Some Nights,” had previously peaked at #3 only a month earlier, but it had been sliding off of rock playlists, as it continued to grow on pop radio in recent weeks. Meanwhile, pop radio acts like Train, who hadn’t appeared on a rock chart in nearly a decade, and American Idol winner Phillip Phillips, have stormed the upper reaches of the chart. And Mumford & Sons, who just released one of the highest selling albums of the year, now occupy 8 of the top 20 spots on the chart, most of them driven purely by sales and streaming figures. And on the Latin chart, changes aren’t as immediate or dramatic, but it seems clear that crossover stars like Shakira will benefit the most from the change.

For all of the above charts, new spinoff charts have now been introduced with the suffix “Airplay,” which will basically continue tracking things as they had been done before on the old charts. But those will be secondary charts now, looked at only by the few who understand the difference – the main charts will write the official history of those genres. And history from this point forward should require an asterix, to denote the new rules. For several years in the ‘90s, the Hot 100’s exclusion of songs not sold as physical singles stranded some of the era’s biggest hits in the Hot 100 Airplay chart, making the main chart often seem misleading or out of touch until Billboard finally reconsidered the rule. If they stick with this change, the differences between the 2011, 2012 and 2013 year-end charts for those genres will show a bizarre before-and-after contrast.

One chart that has been conspicuously unchanged in all of this is the Pop Songs chart. It’s arguable whether “pop” is a genre in the same sense as R&B or country, but one thing is for sure: pop has been the dominant flavor on the radio and the Hot 100 in recent years. That may sound like a meaningless statement (of course pop is popular!), but as Billboard itself explained earlier this month, on the 20th anniversary of the inception of the Pop Songs chart, uptempo female-sung synth pop by the likes of Rihanna has dominated popular music lately like never before.

While pop has been crowding the charts, other genres have been waning in influence – especially black music. Hip hop and R&B peaked in Hot 100 dominance around 2003, when the top 10 spots of the chart were all occupied by African-American artists for the first time ever. By contrast, there is only one black artist in the current top 10: Big Sean, guesting on a song by Justin Bieber. If not for Big Sean and the Korean viral star PSY, it’d be an entirely white lineup. Whether you think that’s a good or bad thing in and of itself, or that it’s fair at all to frame these musical sea changes in racial terms, the fact remains that for the first time in decades, black artists are not at the forefront of popular music. Beyonce, who’d previously topped the Hot 100 pretty much every time she made an album, missed the top 10 entirely with her 2011 album 4. She continued to dominate the R&B chart, where the album spawned four top 10 hits, but even that may change under the chart’s new rules. Only Rihanna, with her Caribbean lilt and chameleonic global pop sound, has weathered this sea change especially well, along with to a lesser extent a handful of hip-hop superstars.

The precipitous drop in crossover between the R&B charts and the Hot 100 coincided with pop radio’s Gaga-era explosion, as well as Top 40’s fostering of its own set of rap stars who are virtually ignored by urban radio: Flo Rida, LMFAO, Pitbull, The Black Eyed Peas and now PSY. Meanwhile, many urban radio stars followed Rihanna’s lead, releasing different singles aimed at different radio formats. The latest albums by Usher, Nicki Minaj, and Chris Brown each have two separate singles campaigns for pop radio and urban radio. Usher’s midtempo, Rick Ross-assisted “Lemme See” was a big R&B radio hit than the uptempo dance track “Scream” was a pop radio hit, but under the new rules “Scream” would no doubt have appeared to be a bigger R&B hit. Distortions like that will be unavoidable now. And that will only exacerbate the culture wars already in progress, like earlier this year, when Nicki Minaj was invited by New York rap station Hot 97 to perform at their annual Summer Jam concert, and she decided to cancel after one of the station’s DJs insulted her pop crossover hit “Starships.”

Under the old airplay-driven metrics, radio programmers and listeners got to decide what songs were of interest to their genre of choice. Now, Billboard decides what a song’s genre is. And often, their judgments seem more based on who is performing the song, or even that artist’s skin color, rather than the sound of the song or even what audiences are listening to it. In that sense, Billboard is giving itself more power to make decisions that bend the charts this way or that way, gerrymandering new genre boundaries. For instance, why is Train, who crossed over from rock radio to pop ages ago, now back on the rock chart under the new rules, but not nominal pop artist Bruno Mars, whose latest hit “Locked Out Of Heaven” prominently features live drums and electric guitar?

Billboard’s move seems to be a way of making these genre charts more “relevant,” by filling them with big hits by Rihanna and Taylor Swift that move units on iTunes whether or not non-pop stations embrace them. But in fact, this change makes those charts less valuable, less interesting, less useful in measuring any kind of success but digital sales. The more they resemble the Hot 100, the less they have any reason to exist. I don’t know what kind of formula Billboard is using to get these numbers, but sales seem to be factored too heavily, as to trump everything else. In the years since digital sales were factored into the Hot 100, new records for first week leaps have been set over and over, often songs by big name artists that enjoyed initial curiosity or fan loyalty, but with time revealed themselves to be not very popular at all. Those songs fall off the charts quickly, but once they reach a sales-inflated peak, that peak chart position is all that matters to many. And that’s how we ended up with the cast of Glee, who sell boatloads of digital singles to fans of the show with negligible radio spins, shattering every record for the most Hot 100 hits by an artist.

Billboard editorial director Bill Werde took to Tumblr to respond to some of the early questions and criticisms of the new system. Unfortunately, either most of the initial response was from outraged fanclub members, or Werde decided to reduce the criticism to shrill accusations from Brandy and Carrie Underwood fans who suspect Billboard of intentionally sabotaging their careers. In any event, his responses have been a bit glib, and one hopes he will attempt to justify this move with more patience and nuance; perhaps he'll even consider the possibility that Billboard’s decisions aren’t always right, or irreversible. For 14 months from late 1963 to early 1965, Billboard actually discontinued the R&B chart entirely, because it had shared so many songs with the Hot 100 that it was deemed unnecessary. Now, Billboard’s mistake is to actively pursue that kind of redundancy.