Eight Insistent Songs From the 1970s 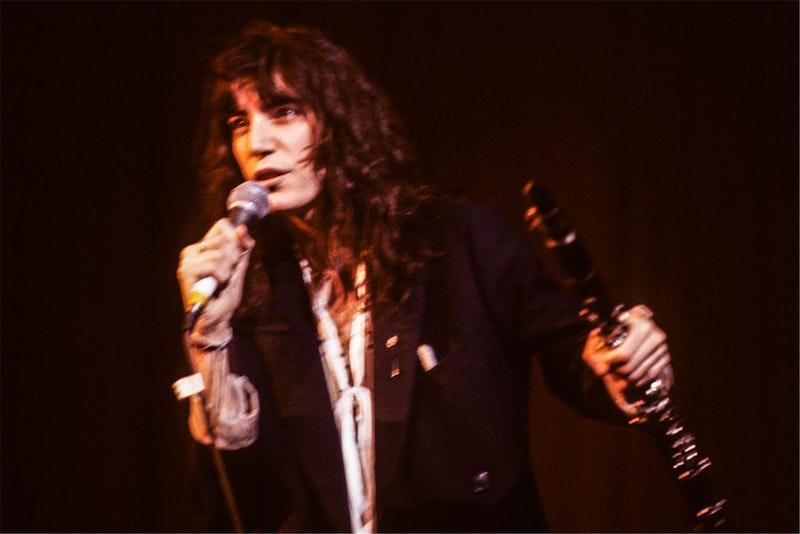 During last year’s holiday season, Thanksgiving to be precise, I wrote an article about eight urgent songs that were released in the 1960s. Eight was an arbitrary number and the caveat was that the songs included weren’t necessarily my favorites from that decade, although several were, but rather ones that made your toes curl at the first listen, and still do today. Which leaves out great slower songs like, say, Al Green’s “Let’s Stay Together,” the Gram Parsons/Emmylou Harris duet of “Love Hurts,” Talking Heads’ “Don’t Worry About the Government” and Bob Dylan’s “Buckets of Rain.” I’m glad the preposterous idea that rock ‘n’ roll sucked in the 1970s has fallen out of favor, since so much tremendous music came out, the Eagles, Billy Joel, America and Seals & Crofts notwithstanding.

—“Layla,” Derek & the Dominos (1970). I’ve never been a rabid Eric Clapton fan—lots of Cream songs rate, a few on the one Blind Faith album (great Stevie Winwood vocals), but I lost interest in his career around 1973—but there’s no denying that “Layla,” a crushing guitar collaboration with Clapton and Duane Allman, is urgent from the first note. I don’t care for the second half of the song, that long piano solo that’s saved only by Allman’s bottleneck guitar noodling, and the lyrics aren’t much, but none of that matters. Allman’s one of the great guitarists—far better than Clapton—and his live “Whipping Post” from 1971 at the Fillmore East is a song I could still listen to every day. I’ve no idea what kind of junk Clapton and Allman were on at the time, but that’s irrelevant. Allman was killed the following year in a motorcycle crash, at 24, with so many potent years ahead of him.

—“No Action,” Elvis Costello and the Attractions (1978). This song leads off This Year’s Model with a kick to the nuts: “I don’t wanna kiss you/I don’t wanna touch/I don’t wanna see you/Cause I don’t miss you that much.” From the same record, “Lipstick Vogue” and “The Beat” could be substituted, for all three are Costello spitting out beautifully-constructed lyrics in machine-gun style, befitting his latter-day Angry Young Man persona/pose. (Like Dylan and Bowie, I always thought Elvis was smart and calculating, moving into other phases like he was changing his drawers. Today, in his dotage, Costello has long made up with the world and is a rock ‘n’ roll ambassador—though not as self-consciously as Bruce Springsteen—but man, what a run he had from 1977-1984, with 1980’s Get Happy!! my difficult choice as favorite album..

—“Panic in Detroit,” David Bowie (1973). Some say that the 1970s belonged to David Bowie, and I’d have a tough time making a counter-argument. Ziggy Stardust, Alladin Sane, Diamond Dogs, Young Americans, Station to Station and the Berlin Trilogy is an astonishing run, with a different mask for each record. “Panic in Detroit” is a killer track, with Mick Ronson on lead guitar and Bowie howling like a dying wolf before singing the opening lines: “He looked a lot like Che Guevara, drove a diesel van/Kept his gun in quiet seclusion, such a humble man/The only survivor of the National People’s Gang/Panic in Detroit, I asked for an autograph.” Bowie was a so-so lyricist, which I’m sure he realized, but “Panic in Detroit” is the complete package, grabbing you at the first second.

—“Lady Marmalade,” Labelle (1974). Patti Labelle’s in peak form singing this sizzler, a tune set in New Orleans that never lets up. An embarrassing story: I was working in the early hours one night at the Hopkins News-Letter and “Lady Marmalade” came on the radio, to the pleasure of the four or five people still doing deadline paste-up. When the lyrics “Voulez-vous coucher avec mo ice soir?/Voulez-vous coucher avec moi” were sung, I turned to my friend Joe Lobl, and said, “I don’t know French.” Joe laughed, and said, “Rusty, you don’t need to be fluent in French to know what the song’s about.” I sheepishly nodded my assent, feeling like I was in fourth grade.

—“Because the Night,” Patti Smith Group (1978). In 1977, Bruce Springsteen was mired in litigation—resulting in an unusually long layoff between 1975’s smash Born to Run and ‘78’s Darkness on the Edge of Town—and was recording new songs, which included a half-finished version of “Because the Night.” As it happened, Patti Smith, whose 1975 debut LP Horses was a dud commercially, but critical rave, was in a nearby studio and Springsteen gave her the outline of “Because the Night,” to which she added lyrics. The result was dynamic: although I loved “Kimberly” from Horses, Smith’s vocal on the spell-binding “Because the Night” was so impassioned and unrelenting that I listen it today, and both time-travel back to the era and marvel again at what a perfect song it is.

—“Kid Charlemagne,” Steely Dan (1976). I’m likely in the minority, but I think The Royal Scam was the last gasp for meaningful Steely Dan. Donald Fagen and Walter Becker’s band had already produced several terrific records (Pretzel Logic probably my favorite), but as the decade progressed the pair’s—and its revolving musicians—songs grew more antiseptic and nuanced, perhaps as a reaction to the rise of bands like Television, The Ramones, Talking Heads and all the UK groups. But “Kid Charlemagne” was a classic: “loosely based” on Owsley Stanley (sure!), the opening is unforgettable, “While the music played you worked by candlelight/Those San Francisco nights/You were the best in town/Just by chance you crossed the diamond with the pearl/You turned it on the world/That’s when you turned the world around/Did you feel like Jesus?” There’s not a better description of the early, pure LSD (before it got laced with speed and other bad shit) in pop music.

—“Discovering Japan,” Graham Parker & The Rumor (1979). It’s baffling to me that Graham Parker was the (relatively) odd man out during the New Wave/Pub Rock barrage of the late-1970s. Parker still records—and until the pandemic played live—but he’s not really in demand except for longtime fans. “Local Girls,” “Heat Treatment” and “Pouring It All Out” are some of my favorite Parker songs, but it’s “Discovering Japan,” the first track on his masterpiece Squeezing Out Sparks (produced by the brilliant Jack Nitzsche) that knocks me for a loop. Parker’s zoomed-up as he begins the song: “Her heart is nearly breaking, the earth is nearly quaking/The Tokyo taxi’s breaking, it’s screaming to a halt/And there’s nothing to hold on to when gravity betrays you/And every kiss enslaves you.” Parker deserved a better bargain.

—“Anarchy In the U.K.,” The Sex Pistols (1976). Obviously. One of the most breathtaking songs of the late-1970s, “Anarchy In The UK,” with its famous first line from Johnny Rotten, “I am an antichrist,” is justifiably remembered as a glorious snippet of time. It was released at the end of ’76 in England, and was a sensation for all sorts of reasons, but most people in America first heard it in 1977. In the fall of ’77, City Paper music critic J.D. Considine and I went to colleague Craig Hankin’s apartment, and J.D. dropped the single (and “God Save the Queen”) on the turntable, whereupon Craig and I were awestruck. We didn’t go out and put safety pins on our ears, but realized that more than any one song, this comet was the symbol of an entirely different rock ‘n’ roll world.