The Lives and Times of Sammy Davis Jr.

Sammy was the original cool cat, the epitome of what’s hip. 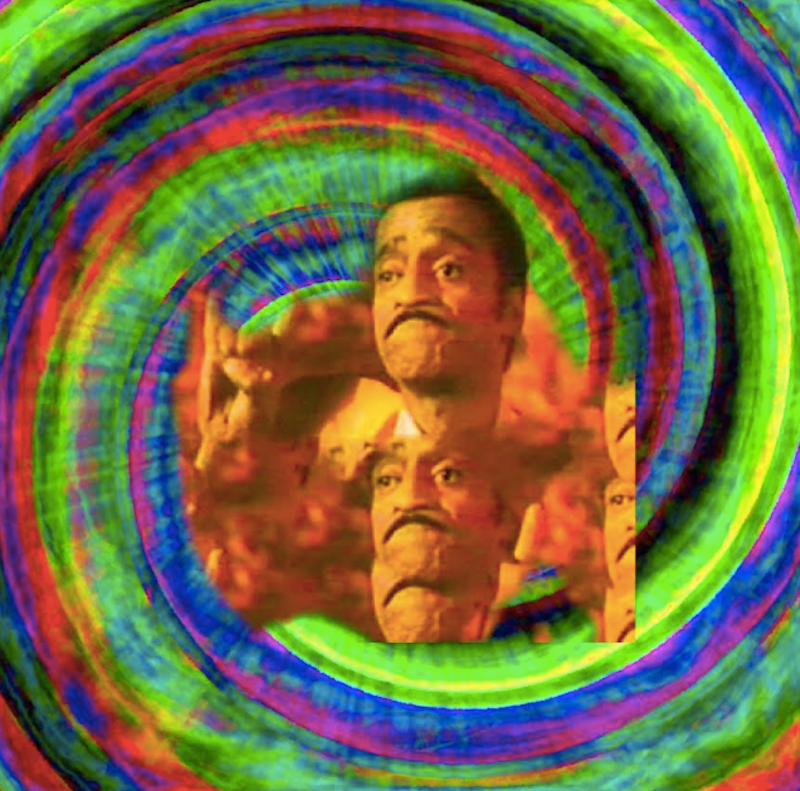 February’s Black History Month. Whether by proxy, coincidence or celebration it’s a dubious honor. We’re free to honor and acknowledge the great accomplishments of the people who built, shaped and molded America. Ignoring the fact as we make Black culture our own. Unfortunately these yearly tributes usually ring flat with empty praise and insincere sentiments. Thankless accolades for the slave, indentured servant or refugee.

If one man’s history can channel a lifetime of pain and suffering simply by being born Black it’s Sammy Davis Jr. He’s one example among so many others who conquered impossible odds stacked against them. Beating the system at its hypocritical game. He was America’s favorite “negro” for over half a century. As long as he kept his place all was well in the Caucasian kingdom. Sammy was the original cool cat, the epitome of what’s hip. He had a knack for pissing off every two-bit cornpone bigot from here to Tuscaloosa and back again. I recently watched a Sammy biopic on American Masters. You’re in a dream to fall for it all. The alternative info for bleeding hearts and the white woke bunch. Sammy got his degree in the art of hate with a masters in fear and a doctorate in the history of liberty in the republic of ignorance certified by the USA.

His rise to stardom began in 1928 at the age of three. He was born into a royal vaudevillian family of famed entertainers. A song-and-dance-kid learning the ropes in minstrel shows. Plying his trade in the blackface circuits. Playing one-night stands on podunk stages. Constantly honing his chops performing around the country with his parents and The Will Mastin Trio. In 1933 Sammy had his film debut in Rufus Jones for President, an ironic short musical comedy about a Black boy who becomes president.

Sammy was a Michael Jackson prototype of the 1930s and 40s. Often called the greatest entertainer in the history of show business. Mr. Entertainment. The Golden Boy, Mr. Wonderful. Mr. Bojangles. Nothing was too spectacular. He was also labeled a sellout and Uncle Tom. A native son right out of Harlem’s renaissance, Sammy knew all the moves of hoofers, comedic timing, beat, rhythm and hardwood floor tap dance soft shoe one-liner big finishes. Only Sammy could pull of a song like “Candyman.”

During a stint in the army Sammy learned about hatred, having his nose broken by white soldiers on three separate occasions. They spit in his food, pissed in his beer and pissed on him too. Painted him white and degraded him for no other reason than his blackness and their inferiority. He may have beat down one or two of those soldiers in his platoon but he still woke up in the mornings as a Black man. And they reminded him of that fact every chance they could.

His standard line of self-deprecating humor in the company of polite white society was, “I got three strikes against me, I got one eye, I’m black and a Jew.” Strikeout! Black, Puerto Rican and Jewish. Quick to please, but never accepted even by his own people in the community. In a Hollywood romance with starlet Kim Novak, studio mogul Harry Cohn gave Sammy an ultimatum, “Stop seeing Kim, marry a black woman in 48 hours or you’re dead.” The contract was out. He did it. Later an interracial marriage to a white woman, Swedish actress May Britt, caused turmoil and undeserved humiliation. Snubbed by President Kennedy at his inauguration party because of it. The Klan wanted him dead. The American Nazi party too. The FBI had him under surveillance for decades.

By 1964 the relentless gigs and never-ending Rat Pack parties of the years in Las Vegas, Hollywood and Miami Beach had peaked. The mobbed-up casino extravaganzas faded out. The years of civil rights activism and Black revolution dominated his life, especially after the assassination of Dr. Martin Luther King. But it was also a time of social change for a youth revolution too. Free love equaled sex and drugs. Somewhere along the way Sammy got involved with the Church of Satan and embraced Richard Nixon.

A failed 1973 NBC pilot sitcom called Poor Devil was made, starring Sammy playing a minion of hell who shovels coal for Lucifer (Christopher Lee), the foils played by Jack Klugman and Adam West. Juicy stuff. He joined the Church of Satan so he could have free pussy and coke. That brings me to the new film Sammy-Gate currently making the festival rounds. I spoke with Sammy-Gate creators Darius James, who co wrote the screenplay with director Noel Lawrence. The press release states: “Equal parts Dr. Strangelove, Putney Swope, and Network, Sammy-Gate takes you on a psychedelic trip into the 1970s polyester heart of darkness. On a USO tour of Vietnam, Sammy Davis Jr. stumbles upon a CIA-sponsored plot to smuggle heroin into the United States. Through comic ineptitude mixed with noble intentions, Davis triggers a chain of bizarre missteps by the FBI, the Mafia, and the Nixon Administration that result in the Watergate scandal.”

Richard Beatty plays Sammy Davis Jr. He’s a seasoned Davis impersonator whose day gig is in a stage act, “Sammy and Cher.” Nixon’s character is covered by Philip Proctor, a founding member of Firesign Theater. He played Nixon then and now. Sammy-Gate may be just what the doctor prescribes for a good laugh and a history lesson albeit on acid.