Ryan Murphy's Monster: The Jeffrey Dahmer Story and the many other television and film treatments of the serial killer. 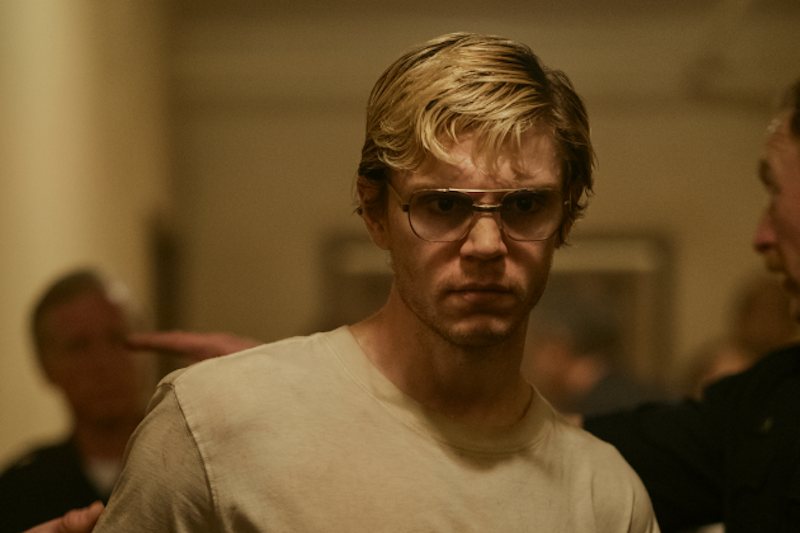 In 1991, the same year that Jeffrey Dahmer was apprehended, Orion Pictures released Jonathan Demme’s The Silence of the Lambs to wide acclaim and huge financial success, eventually becoming the fourth highest grossing film of the year and one of only three movies ever to win all five major Academy Awards (Best Picture, Director, Actor, Actress, and Screenplay). Jonathan Rosenbaum, one of the film’s most vocal detractors, criticized its portrayal of the serial killer as “the essential religious figure of our time: saint, guru, seer, and soothsayer rolled into one.”

It’s difficult to dismiss The Silence of the Lambs—which I find both entertaining and rich with subtext—as readily as Rosenbaum does, but he’s essentially correct in his characterization of Hannibal Lecter, especially in regard to what our fascination with characters like him says about popular conceptions of violence: “I was especially bemused by the ready acceptance of Hannibal Lecter’s supernatural powers — his ability to convince a hostile prisoner in an adjoining cell to swallow his own tongue, for instance… Anthony Hopkins’s Oscar-winning performance may be stark and commanding, but it wouldn’t have counted for beans if the audience hadn’t already been predisposed to accept this murderer as some sort of divine presence.”

The Silence of the Lambs—and descendants like Se7en, Copycat, Zodiac, and the current fourth highest grossing film of the year, The Batman—position serial killers as near omnipotent evil geniuses, because that’s more reassuring than anything resembling verisimilitude. Outside of film and television, serial killers are rarely as intelligent as they are calculating, and nebulous notions of what possible defects might motivate ritualistic homicide notwithstanding, serial killers operate on fairly easy to understand axes of opportunity and calculated risk. Jack the Ripper targeted prostitutes for the same reason Albert Fish preyed upon black and disabled children: the public was less likely to care about these victims, which helped delay (and in Jack’s case, prevent) apprehension. Hardly geniuses, these and other serial killers are men with only two extraordinary attributes: a propensity for the most socially unacceptable forms of violence and a willingness to exploit society’s ugliest prejudices in their practice. It makes sense that we’d comfort ourselves with slippery villains like Lecter, because the alternative—that sadistic serial killers are not criminal masterminds yet still easily manage to elude law enforcement—is too terrifying for many to consider.

Produced for Netflix by Ryan Murphy, Monster: The Jeffrey Dahmer Story arrives as a deliberate, though not always successful, corrective to the myths of the polymath predator and the skilled, determined criminal investigator. By Monster’s account, the police and courts played a stronger role in prolonging Dahmer’s killing spree than ending it. Murphy and his writing staff infuse Monster with ACAB talking points, which is maybe unavoidable given just how badly police failed Dahmer’s victims—most egregiously when the two Milwaukee police officers returned 14-year-old Konerak Sinthasomphone to Dahmer’s apartment. The case is such a quintessential example of the law enforcement’s bigotry and ineptitude that it’s difficult to understand why the writers feel the need to tip the scales even further, embellishing the facts in ways that are unnecessary and counterproductive (i.e., a news story about the apparently fictional beating of a black man in Milwaukee, a scene of the aforementioned cops making racist, threatening phone calls to the Sinthasomphone family).

Meanwhile, frequent Murphy collaborator Evan Peters plays Dahmer as a D-student with a veneer of Midwest nice (his accent not dissimilar from that of comedian Joe Pera) that cloaks a mysterious compulsion to turn people into zombies via crude, power-drill lobotomies and a splash of bleach (real genius stuff). Much like Murphy’s The Assassination of Gianni Versace, Monster brings measured empathy to its subject. As Murphy would have us believe, Dahmer didn’t know why he did what he did, but the series implies Dahmer’s violence may have stemmed from a confluence of uneven parenting, abandonment issues, alcoholism, and an early interest in roadkill taxidermy encouraged by his father, Lionel (Richard Jenkins, in a performance with strange echoes of his previous role of exasperated dad in Step Brothers).

It’s not necessarily wrong to find empathy for a monster; Fritz Lang’s M, the serial killer urtext, does so effectively. Nor do I think it’s wrong to depict Dahmer or other real serial killers for entertainment; as a matter of principle, I believe art should exist outside of consideration for things like social responsibility and good taste. But I get the sense that Murphy approaches Dahmer’s story with somewhat incompatible motives: to create lurid entertainment with a conscience, crafting a series that both humanizes Dahmer and honors the lives of the victims and their families.

The series is divided into two halves: the first five episodes are devoted entirely to Dahmer’s life, up to and including his arrest, while the second half moves its focus largely to the victims and their families. The sudden shift in episode six to the life of Tony Hughes, a deaf college student and the only victim who was a known acquaintance of Dahmer, brings to mind the structure of Psycho, only in reverse: we’re first introduced to the killer, then suddenly dropped into the lives of his victims. Scenes between Hughes and his deaf peers in the Milwaukee gay community contain no audio, immersing the viewer in his life and considering Hughes beyond his status as victim, something few true crime narratives bother doing in any meaningful way.

On the other hand, while Monster talks a big game about Dahmer’s victims and their memories, it’s ultimately difficult to discern from its more openly exploitative brethren. Much of the second half is devoted to Lionel as he struggles to understand what went wrong with his son, eventually writing a book titled A Father’s Story that he hopes might alert other parents to warning signs of psychopathic children. When A Father’s Story receives a rave review in The New York Times, the families of the victims successfully sue the Dahmer family for all profits. Lionel’s initial reaction is shock and incredulity, and we’re meant to see his disbelief as part of the unavoidable problem with true crime media: even the well-intentioned are still profiting from the misery of others.

This begs the question that I don’t think Murphy, his writing staff, or anyone at Netflix is equipped to answer: how is Monster any different? It’s currently the highest rated show on Netflix, and to my knowledge, the streaming service has no plans to share any revenue with the victims’ families. Rather, in a final gesture of respect, the series closes with photographs of all 17 of Dahmer’s victims; then Netflix shrinks this display to the corner of the screen to advertise the upcoming Conversations with a Killer: The Jeffrey Dahmer Tapes, which gives you an idea of exactly how far that respect extends.

I’m reminded of a funny line from Steve Coogan’s seminal character, the aspiring TV personality Alan Partridge: “I'd basically like to understand man's inhumanity to man… and then make a program about it.” The joke is that Partridge wants to understand man’s inhumanity only insofar as he can exploit this understanding for the sake of entertainment. The same could be said about Monster.