Daft Punk Can't Live Up To Past Hype 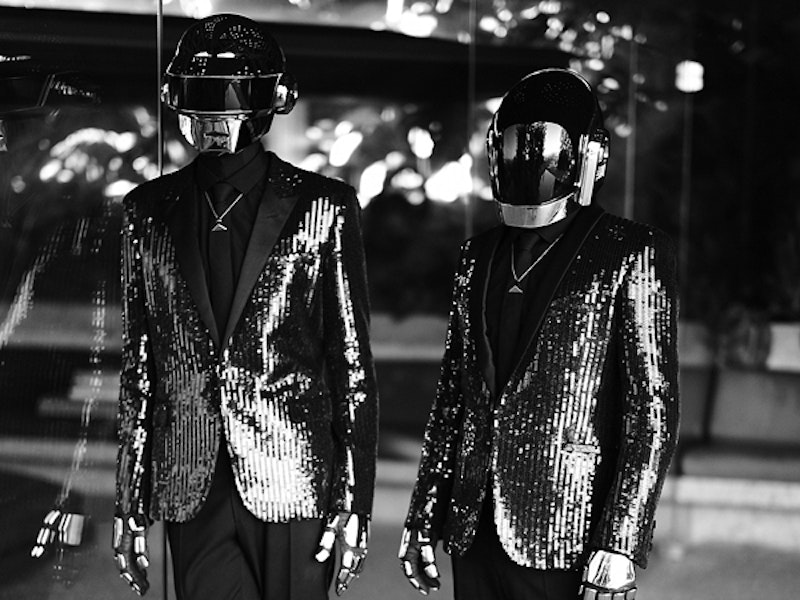 Daft Punk has gained more than a few new fans over the past five years. Almost everyone who is familiar with the band's sound is likely thinking of their 2001 album Discovery, an album which, while initially well-received, was destined to be (pun intended) rediscovered. Hip hop maven Kanye West sampling "Harder, Better, Faster, Stronger" cemented the album's classic status. Rather than capitalize on their sudden success by releasing a new album, Daft Punk embarked on a world tour that would turn out to be a seminal concert-going experience. It seemed likely that whatever Daft Punk chose to put out next would be nothing short of legendary. The problem is that no one knew exactly when that moment would come, or if the band had even been working on new music.

The first that any one heard of new album Random Access Memories was through a full-on commercial aired on Saturday Night Live. Most popular bands have difficulty getting a mention in the online edition of The New York Times, much less a spot on broadcast television. It was a bold move, and as the chorus of current single "Get Lucky" trickled out of TV sets and laptop speakers it seemed well worth the expense. The problem with Random Access Memories, however, is that everything about it, from the bombastic multiple page cover story in Pitchfork and the inclusion of multiple collaborators and guest vocalists to the portrayal of the band as infallible pop icons, feels mired by the very money that made it possible.

Perhaps it is akin to the Disco Paradox: searching for a new sound, one that, in retrospect, is perceived as crippling musical progress for an extended period. If Daft Punk had harbored any trace of that attitude then Random Access Memories might very well have stayed put in the minds of its creators, another Chinese Democracy or Smile entangled forever in a series of working stages. On “Giorgio by Moroder," no other than the man himself reveals how spontaneous the creation of disco was. The track, featuring a string section and extended electric guitar breakdown that stretch out over nearly ten minutes, feels anything but spontaneous. It is one thing to be overzealous about making epic music but to seemingly misunderstand the message of the album's only guest narrator is a larger issue entirely.

The acoustic elements of Random Access Memories can be seductive. "Give Life Back to Music" vibes along effortlessly with Nile Rodger's hypnotic guitar work. However, it feels as if it is revisiting territory that was sufficiently covered, and with greater aplomb, on the samples employed by Discovery. Most surprisingly, the signature element of Daft Punk's music, their robotic vocals, feel too often in conflict with the spontaneous yearnings of the album. The piano ballad "Within" is musically lovely yet it comes off as bizarre parody the moment the vocoder makes an appearance. "Instant Crush," featuring Strokes frontman Julian Casablancas, is a far more palatable use of the vocoder-as-instrument ingredient. Casablancas is such a recognizable voice that he effectively overshadows the track's creators. It becomes at once plausible to believe what you are listening to is an alternate single from 2009's Phrazes for the Young.

It is somewhat telling that the band's current single is placed closed to the end of the album. Daft Punk clearly wants the listener to listen to the entire album before cruising towards a serotonin payday. Had Random Access Memories been a collection of singles with the same hook appeal as "Get Lucky," it would be a much more compelling argument for the vitality of disco. As it stands, the album simply doesn't have the quantity or quality of hits that emerged during the period from which it draws its influence.