The world loses a world unto himself. 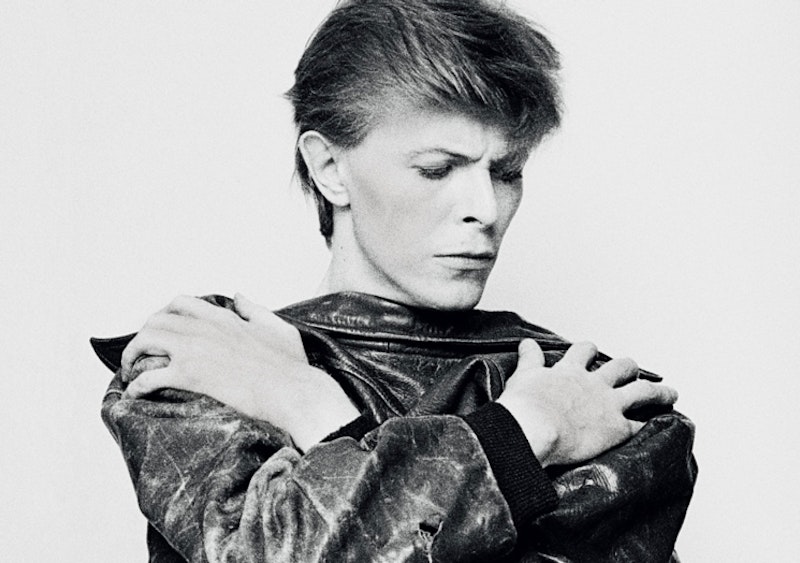 I wish David Bowie had lived long enough to be replicated by one of those hypothetical “em” robots I wrote about yesterday, or that he’d now regenerate like Doctor Who, which would be apt for someone who so often reinvented himself.

A friend and I once debated who’d be better suited to put in a space capsule if humanity could have only one survivor, David Bowie (as I contended) or a living-library-type intellectual such as William F. Buckley. Part of my reasoning was that even if other people encapsulated more knowledge, Bowie would be especially well suited to dealing with the aliens if any found him out there. In addition to all the wonderful music, he starred in The Man Who Fell to Earth, after all. I think his song “Loving the Alien,” which spawned one of his best videos, captures the proper attitude—an attitude that enables so many of us to admire Bowie himself.

He was the one celebrity who I fear might have left me tongue-tied had I met him. I didn’t, though when reviewer Kyle Smith got me into a Bowie concert years ago, it at least afforded me the chance to get within a few feet of Thomas Dolby. One step at a time.

Bowie was so eclectic he could convincingly do a tough, almost heavy metal song such as “Under the God” (with his late-80s band Tin Machine, which, forgive me, I think was his last truly great creative phase) angrily denouncing skinheads but also, much earlier in his career, copy elements of fascist aesthetics and Nazi uniforms as the mood struck him. If I tolerate weirdness or even offensive things, it’s not to make the world worse but because I trust more often than not good things will arise from letting artists do their crazy thing.

Well before we were all online, Bowie gave me hope the future would be one of easily-accessed and infinite variability. That’s happening faster than I dared to expect, much as we all still gripe. And amidst that plenty, now of course I keep seeing things that remind me of Bowie.

His son, director Duncan Jones, has the fantasy movie Warcraft out in a few months, which looks likely to be weaker than Jones’ two prior efforts—but now I can’t help thinking I’d definitely go see it if Jones’ father appeared in it as a goblin king. There’s a new Twin Peaks on the way next year, reminding me that Bowie’s cameo in the Peaks movie was weird and jarring even by Peaks standards. The Marvel movies are slated to climax with the cosmic Infinity War, and that will likely feature the Bowie-influenced 70s character Adam Warlock, an outer space messiah I would’ve loved to see Bowie himself play.

Imagine Bowie leading all of the Marvel superheroes against the death-god Thanos (whose arch-enemy, the superhero Capt. Marvel, succumbed to cancer). Toss in a surprise Star Wars character cameo now that Disney owns it all, and it would’ve been the climax of all my youthful hopes and dreams.

Luckily, we have the movies in which Bowie really did appear, from his fine performance in Merry Christmas, Mr. Lawrence to his all-too-brief role as a dying vampire in The Hunger (based on a novel by self-proclaimed UFO abductee Whitley Strieber). The Hunger had a bisexual vibe, a reminder Bowie was sort of trans before it was cool—or rather, if he was doing it, it must’ve been cool.

He’s one of several examples of how my 80s-forged sensibilities accepted all that stuff without the need to make it all (angrily) political, as is suddenly the rage, so to speak. Just do your bizarre thing, humanity. No need to guilt-trip everybody first. Pat Benatar captured the tough dame thing just fine without having to turn every song into a manifesto. Bowie must have boosted tolerance even without being explicitly political.

Bowie apparently planned his final works around his impending death. As I type this, only the $1000 benefit-night tickets are still available for his off-Broadway musical Lazarus, and I suspect they’ll be gone by the time you read these words. Viva the free market, which rewarded Bowie with many millions for his creativity.

I’m sure some will say the market killed him because it sold him the cigarettes that boosted his odds of many cancers long after he quit them, but one can desire a legal regime that allows people to do as they please without applauding all their choices, just as we can cheer for freedom-on-principle without endorsing choosing to commit suicide. Nowadays you have far-less-deadly vaping as an option, too, I should note, so whatever you do, please don’t choose cigarettes. Knowing the terrible health stats regarding cigarettes, I prepared myself emotionally decades ago for the possibility of Bowie’s early death.

The concept of Bowie’s mortality was so awful that my favorite comic book miniseries, The Adventures of Luther Arkwright, also prepared for it in a way, briefly mentioning Bowie’s offstage assassination happening as reality comes unglued in one part of the story (a story that overall is a bit like a cross between the aforementioned Doctor Who, Michael Moorcock’s novels, and the comic book Crisis on Infinite Earths). The writer/artist, Bryan Talbot, told me once that he’d considered drawing the eponymous character to look exactly like Bowie but decided it might cause legal trouble. Arkwright still looked a bit similar.

I could write a whole Bowie-inspired book myself and perhaps should, but for now there are other things to do—and so little time, we’re once more reminded. Congratulations to David Bowie for checking so many things off his own to-do list, though. May the rest of us accomplish a hundredth as much.