Saying Without Ever Quite Saying 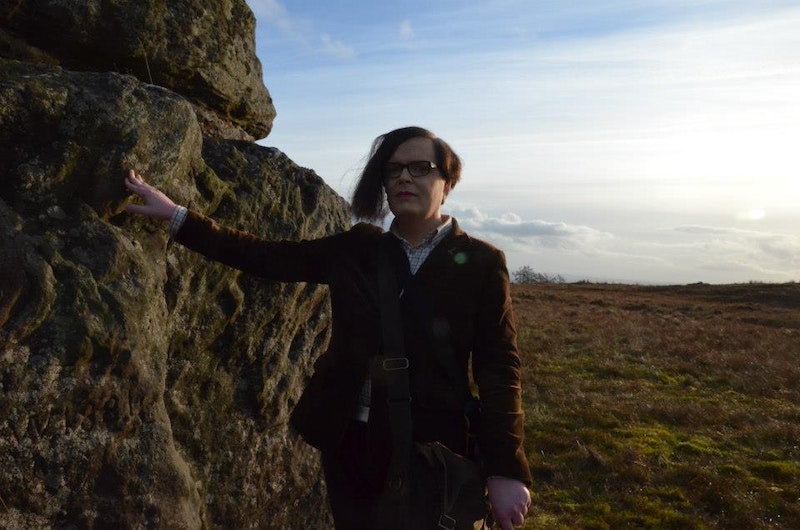 Crowd samples make superb materials for sound artists: dozens or hundreds of voices colliding into and through one another, then ricocheting off of thousands of non-similar surfaces. Even before the work of multiplying, distorting, or otherwise perverting these field recording begins, there’s a lot to be said for ducking into a pair of powerful headphones and allowing that incoherence to consume you whole.

Some of the appeal of “They Must Have Felt a Longing For a Home They Had Never Seen” lies in its utter indecipherability. What’s even happening here? At first its sheer churn—oceanic, echo-y—implies a crowd massaged by digital means, but by the third or fourth listen, something stranger is staring you down. There’s the sense, then, that the voices of two or three people have been fed through electronics, then layered; perhaps it’s the other way around, or maybe this is the masticating of one person’s words.

Suddenly, we’re amateur detectives, eyes locked upon grainy reels of Zapruder footage. Wait, is that a church? A stadium? An Elks lodge? Is this a soaring sermon or a formal address? Did whoever we’re hearing sing a stitch or two of “Amazing Grace” or “The Star-Spangled Banner" a second ago? We’ll never quite know. It may be that we’re not meant to know, and there’s the rub. Those syllables sizzle and distend in the production’s vicious shortening, forever just beyond the reach of anyone’s comprehension; they’re lost, and we risk losing ourselves by straining to touch them.