Tomorrow's Harvest is out in June. Good luck finding out anything else. 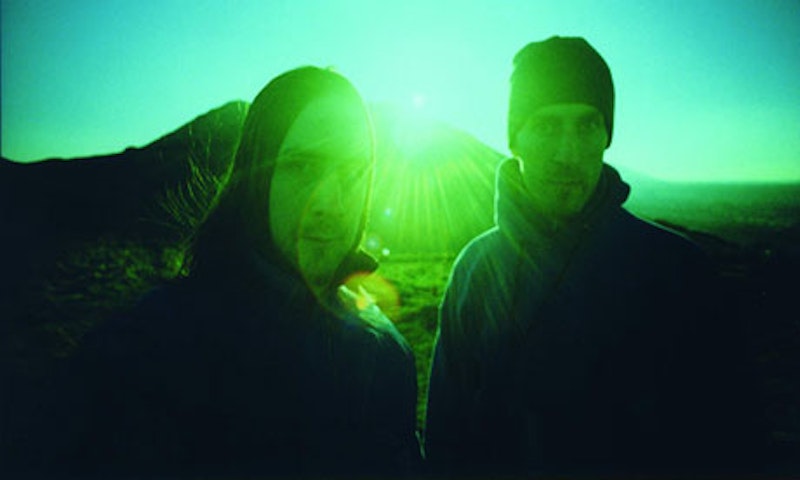 Eight years after their last album, Scottish electronica duo Boards of Canada announced that they'll be releasing a new album, Tomorrow's Harvest, in June. It  was no simple announcement, however. Daft Punk promoting their new single "Get Lucky" with an ad run during Saturday Night Live seems trite in comparison to Boards' releasing a Record Store Day limited edition 12" single featuring a minute of static and a code spoken by a sampled robot. How limited, you ask? One record was found at Other Music in New York, a second showed up at Rough Trade in London.

By the standards of their previous work though a gesture like this isn't totally out of character. There's always a bit of a grandstanding involved when it comes to a Boards of Canada release. 2002's Geogaddi was released without any promotion save for a single band interview and six listening parties held at churches scattered around the world. It was a move that seemed staggeringly egoistical, at odds with the image of stoic melancholy that the Sandison brothers' have cultivated since their debut.

Rather than go the obvious route and have the 12" codes lead to a website or a YouTube trailer things became even more obscure. Nearly 24 hours after the Record Store Day release it became clear that the two six digit codes were part of a 36 digit code that, when cracked, would presumably lead to something. The four remaining six digit codes would later appear in cryptic ads on NPR, BBC Radio 1, Adult Swim and a YouTube account tied to a BoC alias. None contained any new music or hints at what the record would sound like. The most straightforward part of the whole campaign thus far is a four minute video, officially released by Warp Records, containing static and what sounds like a synthesizer from the Blade Runner soundtrack dubbed on a broken tape deck.

These days it seems every album is leaked ahead of its release, and critics eagerly find a way to lump new music together. I, too, am guilty of not always appreciating new releases. However, the accepted machinery of band as brand and the demand for novelty and instant gratification has skewed the average attention span. So I think it's outstanding that Boards of Canada refuse to give in to crass marketing gimmicks.