This is music for a place where definitions are fluid. 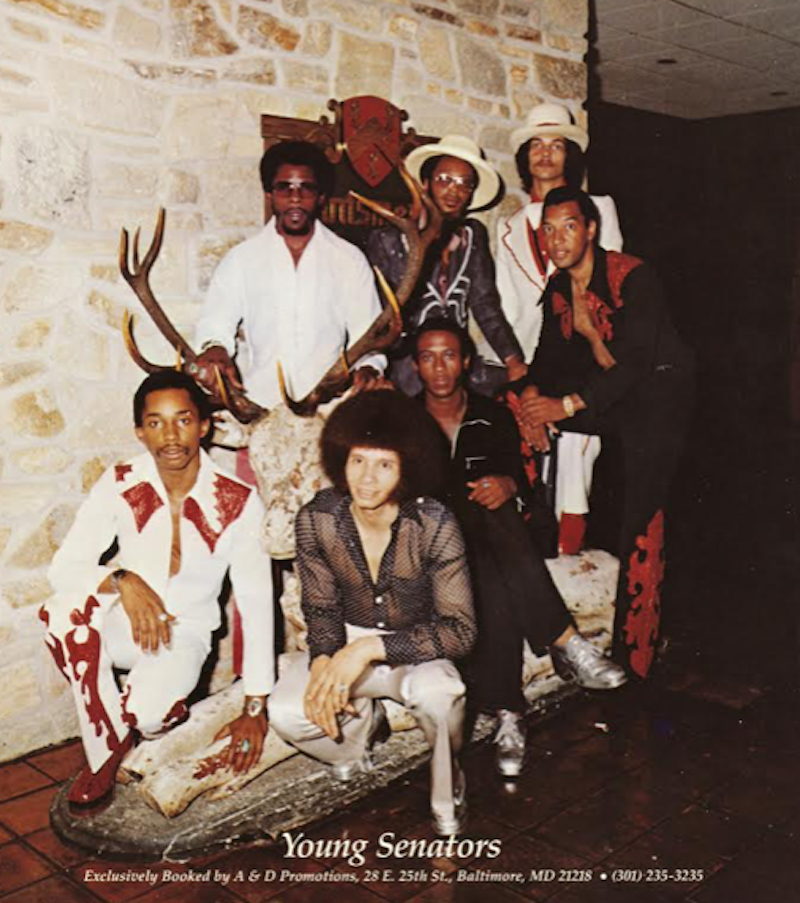 The cultural confusion of the mid-Atlantic has inspired both love and hate among people who call the place home. Regardless of political or social problems, strange creative vision has long been a powerful natural resource in the region that stretches from Northern Virginia up to Delaware. Diplomats, students, immigrants, and professionals from all over the world are attracted to Washington, DC and its surrounding area for work, education, and family life. This distinct atmosphere forces citizens to relate to their surroundings in unconventional ways.

Some DelMarVa residents proudly call themselves Southerners. Others embrace the Northern tag (usually as a way to aggressively distance themselves from the Southern faction’s conservative politics). Almost anything is easier to understand than the symbiosis of polar opposites, especially that of America’s North and South. In an area obsessed with politicized tags the ultimate affront becomes individuality, but not the “rugged individualism” of any patriotic narrative. Instead, it’s something radically subconscious in nature, a spiritual harmony beyond passivism, aggression and ambivalence. This conceptual wilderness is where DC band The Young Senators composed "Ringing Bells (Sweet Music)" parts 1 & 2, an experimental funk single that encapsulated the DelMarVa experience better than any record made before or since.

The Young Senators burst on to the soul scene in 1965 and became an early big name in the nascent go-go music movement.  Members of the group included Jimi Dougans, Calvin Charity, Derek David, Frank Hooker, James Johnson, Leroy Fleming, and Wornell Jones. Issued on their own Innovation Records label, the septet’s debut single "Jungle" b/w ”That's The Way It Is" held the sound of soul’s most unexpected evolution. The disc corralled outrageous a cappella “instruments,” go-go beats, wailing harmonica, jagged guitar riffs like The Kinks/Pretty Things, and vocals harmonies and hooks repping the Sly Stone school of trippy harmonic bliss. Nothing else to come from the psychedelic soul pantheon can compare to this record’s melting pot of irresistible melodies and avant-garde eccentricity.

With one incomparable 7” under their belt, in 1971 The Young Senators then wrote and released a follow-up record that was even weirder, louder, and more experimental than their debut. “Ringing Bells” features a central hook inspired by the ancient folk/Christmas standard ”Carol Of The Bells".” This might be the most unlikely melody ever heard in a funk song and its presence alone makes the record feel like a cosmic ceremony. The track’s production is slick and high-tech by early-1970s standards. It sounds like a well-mixed multi-track recording, yet that sonic precision becomes peripheral once fried guitar solos roar along with the hydra-like interplay created by all of the other musicians and instruments.

The A-side of the record spotlights sweet group harmonies and jaunty horn melodies. The lyrics celebrate a wedding with sentiments that recall many of the poetic themes from Marvin Gaye & Tammi Terrell’s “Ain’t No Mountain High Enough.” When this side fades some brutal guitar noise slowly creeps up. The lengthy anthem continues on the flip as a chaotic jam with free jazz elements, clattering poly-rhythms, fuzz, fuzz, fuzz, and more destructive fuzz distortion. The sugary pop melodies weave in and out as subtle reminders of the song’s origin. This is music for a place where definitions are fluid. Noise is music and melody is noise. A love song can blast forth with punk rock volume. Free improv atonality flutters above a folk-pop base. There’s no dominance for the noise, no dominance for the hooks, no chaos and no peace, just beautiful funky weirdness.

Soon after the release of “Ringing Bells” The Young Senators went on to international fame as the back-up group for Motown artist/ex-Temptations falsetto Eddie Kendricks. There’s an awesome clip of the combo’s line-up playing the hypnotic 1973 smash “Keep On Truckin” live with Kendricks on The Midnight Special. They also played on the singer’s 1972 debut LP People… Hold On. Though it contained no direct mention of “Ringing Bells,” a Downbeat piece about People… Hold On featured original Young Senators percussionist Jimi Dougans’ thoughts on the band’s mystical creativity: “We put our foot in it man, and that’s what it was. We put all our essence [into the recording]. We used to pray before we played… What we prayed for is what we got.”

The Young Senators’ early works have been reissued many times over the past 20 odd years. These records have developed a worldwide cult following among soul/funk collectors, DJ’s, and hip-hop producers (currently the Numero Group label offers authorized/exact reproductions of the Innovation sides). Dougans is still based in the DC area and remains active today with a new version of The Senators called Young Senators Reloaded.