The Case for Their Satanic Majesties Request

A derided Rolling Stones album that’s not as bad as you might think. 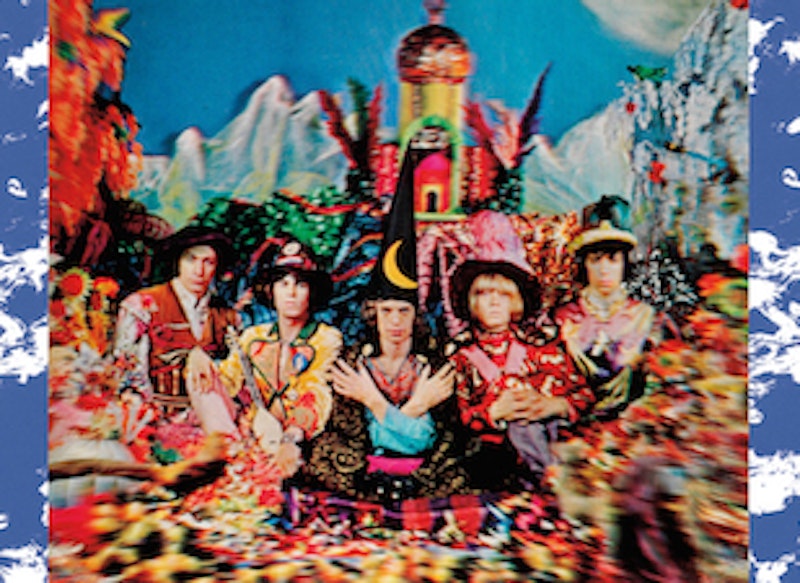 It’s true that Their Satanic Majesties Request is the Rolling Stones’ failed attempt to make their version of Sgt. Pepper’s Lonely Hearts Club Band, and Mick Jagger said “it’s not very good.” However, Jagger’s wrong; the album isn’t that bad. It’s no masterpiece, and it doesn’t hold up like many of the Stones’ later albums—Beggars Banquet, Sticky Fingers, Exile on Main St.—but it has some great songs. If nothing else, Their Satanic Majesties Request is a chance for listeners to explore the Stones’ brief flirtation with psychedelic pop before the band realized they’re better off doing blues-inspired rock.

The album starts on a good note with “Sing This All Together,” a cheery signalong where Jagger invites the listener to join the band on their psychedelic trip:

Why don't we sing this song all together

And if we close all our eyes together

Then we will see where we all come from

The music lets the listener know this isn’t a typical Stones record; bongos, various percussion instruments, horns, and a piano take center stage, while Keith Richards’ guitar just blends into the background. It still works, though, because the track gives off a welcoming vibe. The end of the song smoothly transitions to the second track “Citadel,” which is more akin to the classic Stones sound. The track begins with an echoey guitar riff from Richards, and then launches into full on rock ‘n’ roll, with Charlie Watts pounding on the drums in an odd time signature so loudly he nearly drowns out the rest of the instruments.

Because Jagger and Richards were either in jail or in court due to drug busts throughout 1967, some days they didn’t even show up in the studio. One day the engineer asked the only band member present, bassist Bill Wyman, if he had anything to record. The result is the third track “In Another Land,” which is the only Stones song written and sung by Wyman. He can’t sing worth shit, but there’s a tremolo effect on his voice a la “Crimson and Clover,” which makes it more listenable. The overall song has a “Lucy in the Sky with Diamonds” type feel where the lyrics paint a picture of a surreal landscape, and the music is just as trippy.

“2000 Man” is one of the album’s strongest numbers. It’s mostly a folk song that goes electric in the middle, then back to folk. Everything about this song is great: a catchy melody accompanied by Jagger’s perfect vocal delivery, and a hint that the Stones weren’t going to stay psychedelic forever. Unfortunately the song is followed by the album’s worst track, “Sing This All Together (See What Happens).” It’s an eight-minute reprise of the first track, and sounds like a failed attempt to recreate “Return of the Son of Monster Magnet” by the Mothers of Invention.

The second half starts off strong again with “She’s a Rainbow,” made famous by an old 1990s iMac advertisement. The next track, “The Lantern,” works as well. It’s a slow rock ballad that has the honky tonk sound present in many of the Stones’ best songs, like “No Expectations” from Beggars Banquet. Following two good songs, though, is another clunker, “Gomper,” which is a failed attempt to do an Eastern-inspired song.

The album picks up again with one of the Stones’ most underrated songs, “2000 Light Years from Home.” It sounds more like something off of Pink Floyd’s debut album The Piper at the Gates of Dawn than most Stones songs, but it fits. The album ends with “On with the Show,” where Jagger, not entirely succesfully, takes on the persona of a cabaret host.