Church in These Pleats

Leonard Cohen’s You Want It Darker makes me relax. 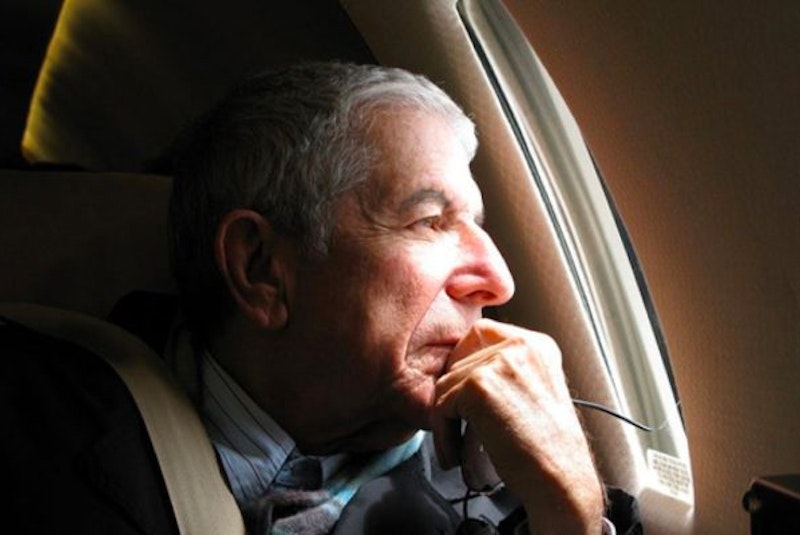 Leonard Cohen’s voice shovels, scrapes, or rumbles, a rough instrument that’s inherently at odds with the lush, choir-limned orchestrations that are his songs. They retard time and worry; these strips of ecclesiastical pop-poetry.

On Saturday afternoon I drew the shades, hid the phone, cued up NPR’s You Want It Darker stream, leaned back in an office chair, and closed my eyes. This seemed to be the only respectful way to listen, or to heal. Anxieties—personal or election-related—build in my upper back throughout the workweek then spring when it ends.

A calm settled around me. Within the gloom, galaxies spawned, expanded, and then consumed themselves while simultaneously doing the opposite. Midway through “If I Didn’t Have Your Love,” fidgeting won out and I opened my eyes for the remainder, a 39-year old man reduced to an impatient nine-year old in fancy clothes at his grandmother’s church.

Darker has been trumpeted in the press as a Cohen death album, but the truth is that it’s really just another Cohen album, in the sense that you’re relieved that he survived long enough to cut another one. The lyrics wink slyly at the listener, exposing concealed truths of which we’re aware but rarely make time to sit with. The producers engineer a series of spare doo-wop, blues, and light gospel backdrops. The result is another grateful, graceful (and variegated) gait that’s more bedhead philosophic than cryptic or prematurely elegiac. Mark Strand’s Almost Invisible—a volume no one should peruse at bedtime—this ain’t.

“Crazy to Love You,” from 2012’s Old Ideas, is probably the Cohen song I’ve most familiar with; I’ve heard it dozens of times. I’m still not totally sure what it’s about, and I’m not entirely certain that that matters. The verses and their interconnections remain elusive. That unique vocal timbre and those pluck acoustic guitars are what tickle the memory and settle the nerves. For now, anyway, that’s more than enough.