They Don't Know Me Yet 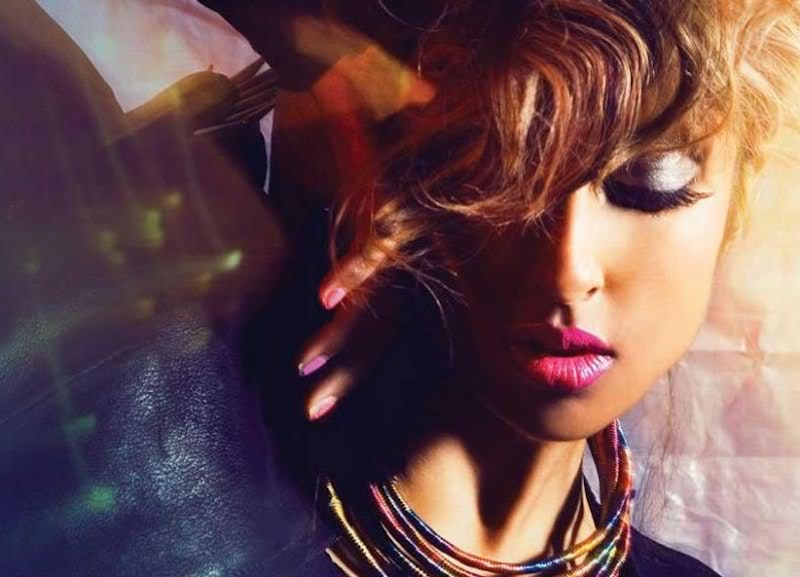 Unpacking CDs after moving is mostly a miserable, tedious, and somewhat embarrassing task, since only losers still own CDs. But I’ve re-discovered a few lovely albums I had forgotten existed, much less that I owned. One of these is Anjulie, the 2009 debut album by Canadian singer/songwriter Anjulie Persaud.

Anjulie is thoroughly accessible; the singer has an effortless way with a hook, and song after song gets buried in your brain like a funkier Abba track. "Boom," the opening song, is a shoulder-shrugging swagger, with a squonking sax that’s just about a double entendre itself. "I Want the World to Know" is a rapturously ecstatic Motown-esque love song, which manages to channel not just Smokey Robinson's melodic gifts, but his wonderful wordplay as well. She carelessly rhymes "cake's bakin'" with "richochetin'" and compares love to as asthma attack: "I try and tell you/but my tongue swells up/my tears well up/I think I'm allergic to you babe."

You’d think that perfect pop of this craftsmanship would find its way to the charts. But at the same time, it's clear enough why Anjulie never made it. Smokey Robinson hasn't had a hit for a long time. Her influences and interests are a bit too off trend. There's not a single rapper guest verse on the album, and her vocals are halfway between fey indie-pop and neo-soul's jazzy flourishes. "Colombia" is bossa nova as R&B; "Same Damn Thing" picks up reggae and turns it into indie pop. "Got a knife in my back and I've got bad aim," she sings ruefully, and that's about right. If she's shooting for a hit, her approach is, at least commercially, off target.

Which isn't to say that her career is dead, exactly. Anjulie certainly isn't Beyoncé or Rihanna; she hasn't even made another album since her first release seven years ago. But she's still around. She's had a number of singles, like "Headphones" from 2012, which moves towards more conventional dance pop, though the wardrobe retains a bit of quirkiness and she still has an impressive way with a hook, and for that matter with a lyric: "I'm watching my life like a movie/got the soundtrack in my head/see your lips just keep on moving/but I never heard a word you said." She co-wrote Nicki Minaj and Cassie's hit "Boys" in 2012—you can hear her influence especially in the strumming, folksy bridge; and maybe in that rhyme of "babe" and "masquerade." She's made some guest appearances too, most recently on electronic music tracks by VINAI and Cash Cash.

"They don't know me yet, the day will soon come," Anjulie sang on her first album; a promise of fame and success. "Don't everybody want what they've been dreaming of?" Of course they do—but it doesn't usually work out. I'd love it if Anjulie made a new album as good as her first and became a massively successful diva. That seems unlikely, though, not least because she’s put aside a lot of the influences and idiosyncrasies that made her initial effort so great. Still, even if she hasn't gotten where she'd like and compromised aesthetically, there's still something inspiring about the fact that she's still out there, making music.

Every artist yearns for massive success and genius, and since the most famous people are the ones who get the most press, you tend to only hear about the people who fulfilled that destiny they were sure of. Most, though, ultimately have to settle for something short of superstardom. A songwriting credit here and there, a few guest spots, and an album that still sounds like something special seven years down the road; it's not the Nobel Prize, but it's worth something.