A Voice Important to Rock and Roll

Joe Cocker denied again at the musical hall of fame. 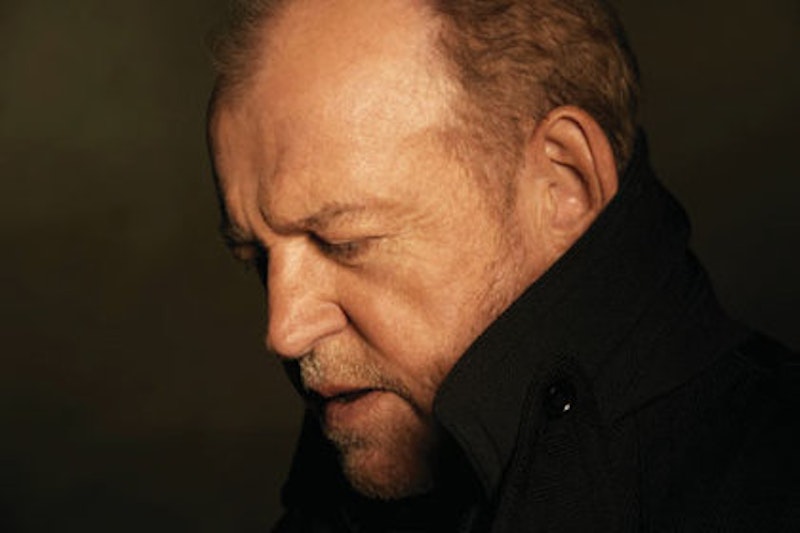 Joe Cocker’s voice is the sonic equivalent of George Foreman’s fist. It’s a voice so powerful that it transformed hits by Traffic (“Feelin’ Alright”), The Beatles, and The Box Tops (“The Letter”) into Cocker anthems, as if the screamer from Sheffield wrote them down himself. It’s a voice so soulful that Ray Charles called the man behind it, “my only true disciple.” It’s a voice so important to rock ‘n’ roll history that Woodstock and live albums would be unrecognizable without the contribution and presence of the Mad Dog and his Englishmen. It is a Grammy Winning voice of beauty, truth, poetry, aggression, and sincerity, but it is a voice, apparently, unworthy of consideration from the Rock and Roll Hall of Fame.

On Saturday, HBO broadcasted the latest Rock and Roll Hall of Fame induction ceremony, allowing viewers to enjoy the honoring of Cat Stevens, an Islamic extremist who since the 1970s has had more relevance in the world of Fatwas than music, the E Street Band, a backup band for Bruce Springsteen, who is already deservedly a member of the Hall, and the most influential and dominant band in the history of gimmickry and merchandising, KISS.

Joe Cocker, this year, like all of the years that have preceded it since the Hall’s inception, was bizarrely absent.

It’s hardly a secret that rock ‘n’ roll—a musical genre of what Elvis Presley called “basically gospel and rhythm and blues”—is the unique blend of a variety of musical forms created by a variety of black and white Americans. It’s as much a product of the rural front porch as it is the Black Baptist pulpit and Beale Street blues club.

The open throated shouting in key that built a bridge between Saturday night and Sunday morning in black American life became central to the rock ‘n’ roll sound. Little Richard, Otis Redding, Wilson Pickett, Ray Charles and James Brown injected music with the primal cry of the spirit and the loins, and in the process, opened the door for many imitators—Mitch Ryder, Gregg Allman and Bob Seger singing among the best of them.

Few singers, however, were able to blend soulful shouting with the rock ‘n’ roll riff as flawlessly and ferociously as Joe Cocker. Cocker came from Sheffield, England, and earned the battle scars on his throat in the clubs and pubs of working class Britain when he decided to quit his job as a gasfitter to pursue the profession of his heroes Ray Charles and Elvis Presley.

After a few years of slugging it out—shouting to the rafters and breaking the beer bottles on the wall with his trademark high-pitch scream—he aligned with piano player and songwriter, Chris Stainton, to found Joe Cocker and The Grease Band. In devotion to keeping the sound of youthful rebellion, midnight pleasure, and libidinous drive greasy and funky, they put out their first album. The highlight of With a Little Help From My Friends was the title track—a dramatic reworking of the light Beatles pop tune into a rock ‘n’ roll, rhythm and blues epic.

“With a Little Help From My Friends” was one highlight, among many, at Joe Cocker and The Grease Band’s explosive opening to the third day of the Woodstock Music and Art Fair. The stunning set manages to hold up well in comparison to other Woodstock legends like Jimi Hendrix and Sly and The Family Stone, and it demonstrates Cocker’s dynamic vocal range. In an hour, he manages to scream, shout, and smoothly sail his way through songs by Bob Dylan, Ray Charles, Ashford & Simpson, and great songs that made their debut on his first studio album. Cocker’s albums in the 1960s are four-wheel drive hybrids of rock, folk, and soul that hold up under any weather and over any terrain.

It was in 1970, however, that Cocker put out his most classic album, Mad Dogs and Englishmen. The live collection of songs recorded on his tour with two horn sections, a large choir, Leon Russell, and a million guitar players draws equally from Rock and R&B, and decades later, it stands the test of the time as one of the greatest live albums ever released. Gov’t Mule recently played the album in its entirety, with its lead singer and lead guitarist—the already legendary Warren Haynes – calling it a chief influence on his music. Derek Trucks, one of the world’s best guitarists, and his wife, Susan Tedeschi—a wickedly good blues singer—have credited Mad Dogs and Englishmen as their inspiration for gathering a large horn section, several backup singers, and touring and recording as Tedeschi-Trucks.

Chris Robinson of The Black Crowes and Brian Johnson of AC/DC have also confessed to membership in the Cocker congregation of rock shouting and soul screaming. Considering that as far as rock ‘n’ roll credentials go, it’s impossible to find anything more impressive than AC/DC, and that Mule, Trucks, and Robinson have a vitality among young rock fans that surpasses the overwhelming majority of Rock and Roll Hall of Fame inductees, any argument against Cocker’s inclusion in the Cleveland museum deserves an indictment as insane.

In the 70s, Cocker collaborated with Eric Clapton on the criminally underrated album Stingray, and put together a funky R&B album, equally underrated, called A Luxury You Can Afford.

After bottoming out, finally laying waste to his multiple addictions, Cocker reemerged in the 1980s with the monster hits “You Can Leave Your Hat On,” from 9 ½ Weeks, “Up Where We Belong,” the Oscar nominated and Grammy winning ballad from An Officer and a Gentleman, “When The Night Comes,” a Bryan Adams penned scorcher, and “Unchain My Heart,” a Ray Charles cover that he injected with steroids.

There is no lyric—no matter how bold, ambitious, or even absurd—the listener cannot receive as truth after hearing it transformed into pavement poetry by Cocker’s lion-like roar. Randy Newman, the writer of “You Can Leave Your Hat On,” Ray Charles and Bryan Adams all gave the Sheffield singer fine words to sing, but Cocker turns them into promises as bankable as the early morning sunrise. Whether he is asking a woman to take off her dress, pleading spiritual fidelity to a lover, or declaring romantic freedom, Cocker makes his best songs sound as urgent as Armageddon.

Throughout the 90s, 2000s, and up until the present, Cocker continues to tour and record, having gained a much bigger following in Europe and Australia than in America. Regardless of what and how long Cocker sings, there’s little doubt he does it better than most. His voice is inseparable from the tough intensity and energy of rock ‘n’ roll, and as long as it remains separate from the Rock ‘n’ Roll Hall of Fame, the committee members should look at themselves with shame and embarrassment.