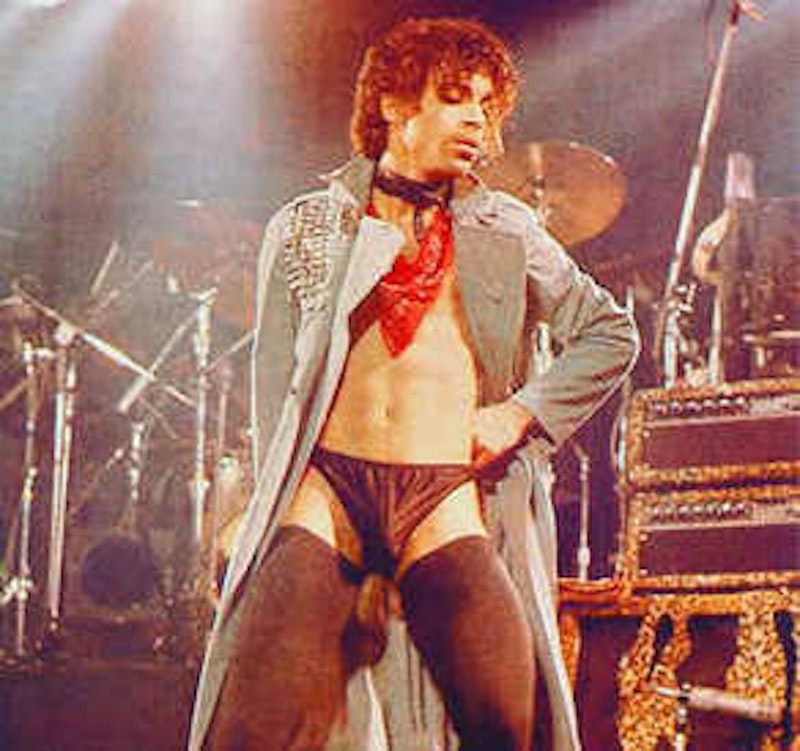 Bok Bok is one of the hottest, hippest techno/club/hip hop producers—his work with Kelela puts him squarely on the cutting edge of what Elias Leight calls "the new minimalist R&B." His grooves on his latest EP release Your Charizmatic Self are sparse and jagged, all abbreviated percussive spurts and washes of space. The track "Howard" starts with some Darth Vader breathing and staggering, a random bleep-bloop that always makes me reach for my phones, and someone shouting "aw baby" just to fool you into thinking that it'll settle into a regular song structure rather than continuing to spit spastic beats for a full five minutes.

So Bok Bok is new, new, new, different and also forward-looking. Or maybe not. Somewhat to my surprise, listening to "Howard" and the rest of the album, the music doesn't sound like an idiosyncratic mix of grime, house, and footwork and ghetto tech. Instead, it sounds like the work of a guy who’s completely obsessed with Prince and the new-wave electro-funk of the Minneapolis Sound. The influence is obvious throughout—the synth washes alone scream 1980s. But the connection becomes overwhelming when you listen to this Prince performance of "Dirty Mind" at around the 2:05 mark, where all the instrumentation drops out except for the synthesizer clicking. For those few seconds, the pop song isn't a pop song at all, but an abstracted sound installation. It says, "bok bok," if you listen close.

It's true that Bok Bok is an extension, or extreme version of what Prince is doing; a step away from funk as visceral dance music and towards funk as blank machine music. But that doesn't make it less like Prince. In some ways makes it more Prince than Prince, since Prince planned to turn James Brown into music for robots.

That's a little misleading, because James Brown already sounded like music for robots in the first place. Listening to "Hot Pants," even Brown's amazing larynx shredding yowls sound like they're on a tape loop; the shout cuts off with a rhythmic finality that’s of a piece with the wound tight repetitive percussive riffs of the horns. Brown is usually seen as the quintessence of visceral funk, but that funk here sounds like a yearning to shake out of those hot pants and those meat bodies altogether for a binary world of yawp and off. Is Bok Bok artificially imitating James Brown, or is Brown trying, decades too early, to get his band so seamlessly in sync that they approximate the arid programming of Bok Bok—or the repetitive James Brown samples of hip-hop?

You could say that James Brown was trying to turn early R&B jump blues like Louis Jordan into latter-day techno. But Louis Jordan too is comfortable with space and automated iteration. The jokey shtick at the beginning of that "Caldonia" video can't quite conceal the fact that the repeated bass at the beginning, where the song is made out of just rhythm and space, has fallen back through time from Brown, or Prince, or right now. Jordan's squonking horn with the trumpet player spitting out harsh bright notes in the back is almost painful; fun-time music as aural ice pick to the ear. The piercing "Caldon–ya" at the end has Jordan turn himself into a sound effect, and then he repeats it ("Caldon-ya") exactly the same just to let you know it's computer-generated. He's reaching for that authentic sound, the soul of rock as computer squall. Caldonia, what makes your big head so hard? Is it the hot pants? The dirty mind? Or are you just an android funking back through time?