Bob Mould’s Beauty & Ruin is a sad reminder of what Hüsker Dü could have done. 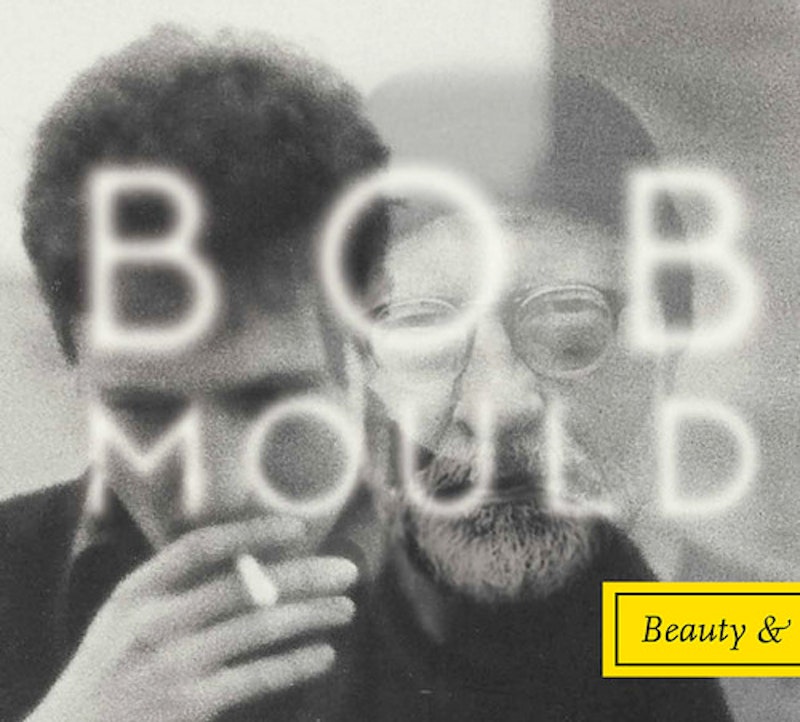 The Hüsker Dü chapter in Michael Azerrad’s DIY oral history Our Band Could Be Your Life ends with a bitter quote from singer/guitarist Bob Mould: “I’m certainly not ashamed of anything that band did, but boy, looking back it’s like, we could have done more. Something else could have been done.” Took the words right out of the mouths of every Hüsker Dü fan, anyone who grew up with them, discovered them along the way, or who found their work long after the band was dissolved. Something else could have been done. From 1984 to 1986, Hüsker Dü was the best rock band in the world: ferocious, banshee-like guitars that sound like an exposed nerve, whiplash tempos, but with incredibly catchy and elevating Beatles-esque melodies and songs. That formula broke in 1991 with Nirvana, three years after the demise of Hüsker Dü. That’s only one of the reasons their reputation and stature isn’t close to what it should be today. It’s crazy that songs like “Chartered Trips,” “Everything Falls Apart,” “Makes No Sense At All,” and “I Apologize” are relatively obscure compared to the work of Sonic Youth, Big Black or Black Flag.

Grazing through Mould’s work since 1988 is just depressing. Some of his solo work is brilliant, especially Workbook, but listening to stuff like Black Sheets of Rain, or F.U.E.L., you can’t shake the feeling of a man missing what he had. Post-‘88 Mould is haunted by the phantom limb of Hüsker Dü, and he got denigrated as an also-ran, with the most basic alternating record cycle templates: “oh! this is something new” (Workbook); “oh, it’s a return to form” (Beaster); “oh…” (Bob Mould); and “can you just not” (Modulate). 2012’s Silver Age was another “return to form”: fast, loud, and jagged power pop. It had the compressed and glossy production that would’ve put the last three Hüsker Dü records over the top. That’s probably the most depressing part of the band’s history: their records sound like shit. At least the digital copies—none of their albums have been remastered and they really sound thin and toothless unless you have them on vinyl. Silver Age is produced the way Flip Your Wig should’ve been, but the songs are mediocre. Too little, too late. The same goes for his latest, another rocker with a great cover juxtaposing the incredibly cool Mould in ’84 smoking a cig, and present day Papa Bear Mould looking sagely. Beauty & Ruin (awful title) is more of the same: very solid, very serviceable Dü-style alt-rock, but who will put this on in a month instead of New Day Rising, or Zen Arcade? Lead single “I Don’t Know You Anymore” incorporates and exaggerates all the signature elements of his songwriting: the most nasal phrasing of his career, an ascending chord progression that sounds like an early 90s lead-in to 120 Minutes, and a really catchy sing-songy up and down chorus melody that would’ve fit great on Candy Apple Grey.

Mould can never recapture the magic of his first band because the inspiration and the momentum have long been extinguished. His band of hired hands sound good but they are hired hands. It’s the Bob Mould show. His sound and style of songwriting was eventually popularized by none other than the Foo Fighters, so the proto-alt-rock style he developed in the late-70s and early-80s as a speeding and boozing road dog doesn’t have the same bite because I grew up in the wake of its imitation and commodification. Beauty & Ruin, like Silver Age, is decent, but who needs to spend their time listening to so-so music? Ever? When you can just watch a full Hüsker Dü show from 1985 on YouTube? Am I right? I really like Bob Mould and wish him all the best, but like he said, “Something else could have been done.”