A Series of Small Labyrinths

The 10 Pavement songs nearest to my heart.​​ 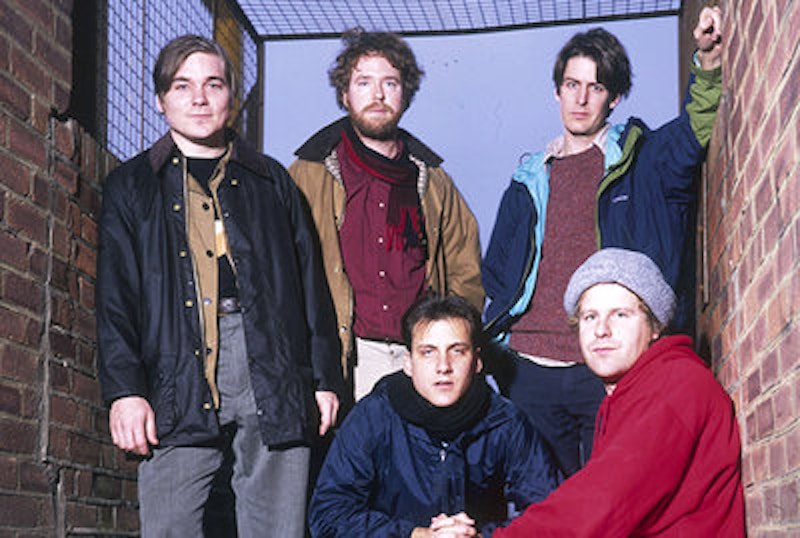 10. "5+4=Unity" (Crooked Rain, Crooked Rain, 1994) Just a little jazz-lite jitterbugging merrily in place, lithe and spacey as you please. Thousands of NPR encounter snippets of this number daily and have no idea what they’re hearing. Pavement never dipped another toe into this wellspring before or since, making for quirky little curio. What if there’s a lost/scrapped LP of material in this vein gathering mold in Bob Nastanovich’s basement? The mind boggles.

9. "Heaven is a Truck" (Crooked Rain, Crooked Rain, 1994) Another slice of primo piano-peppered Pavement (see above) that would be downright maddening from a point-of-view perspective if this band’s modus operandi wasn’t jumbled messaging already. Has anyone ever done “Truck” as karaoke?

7. "Here" (Slanted and Enchanted, 1992) “Home” and “Here” have always seemed to me like two different sides of the same scarred coin, eloquent evocations of post-adolescence and adolescence, respectively: the ambient ache of growing out of youth, straining through perceived cool and towards a primitive sophistication with no sense of how to get there. Drowsy and resigned, “Here” represents the moment when cruising the strip with friends you’re not even sure you even like loses its thrill. “Home” is more of a deranged glance in the mirror, a fevered realization that it’s probably time to get your shit together and figure out how to survive in a world that seems less immediately navigable than it once was.

6. "Elevate Me Later" (Crooked Rain, Crooked Rain, 1994) Anyone who has delighted in the passive-aggressive shade throwing of Stephen Malkmus’ Jicks-era interviews will get a kick out of “Elevate Me Later,” wherein various aspects of period California culture come in for a droll drubbing, as the guitars of Malkmus and Scott Kannberg drawl drunkenly and expansively. This song is never, ever as long as I really, truly need it to be.

5. "You Are a Light" (Terror Twilight, 1997) A scatterbrained ballad that should only (ideally) be performed a capella on the short-circuiting holodeck of an otherwise abandoned spacecraft inching toward the Crab Nebula and away from the fray of some storied cosmic melee—but only after you’ve proposed and she’s said “yeah, sure, fuck it.”

4. "Fin" (Brighten the Corners, 1997) It’s damn near impossible to hear “Fin” today without flashing on Pavement’s 1999 Coachella set: the handcuffs ("These symbolize what it's like being in a band all these years”), the shock, the cryptic slow-mo split. The very existence of Terror Twilight knifes this fantasy. Of course, you can also hear “Fin” as a drifting web of seaweed, an extended hang glide, a lucid dream, an odd complement to Stanley Kubrick’s 2001, or a (purely sincere) homage to jam-band contemporaries Phish. Somewhere, a 30-minute studio rendition of this song exists, and whenever you find it, you’d better burn me a copy.

3. "Rattled By The Rush" (Wowee Zowee, 1995) Like several other tunes in Pavement’s discography—“Box Elder,” “Fin,” “Folk Jam,” “Give It A Day,” maybe “I Love Perth’ counts too, I’m probably forgetting a couple—“Rattled By The Rush” is a song about making one’s escape, blowing town, getting out of Dodge, shrugging off the chains of oppression. “Rattled” arguably makes its urge to egress more explicit than its compatriots: the chords stretch, blurt, melt, and cluck, apparently aimless but accelerating in a slurred, self-destructive way, the harmonica squawks like an evicted bird, Malkmus enunciating every other syllable with an exhaustion that implies that real strain in shoving his way through the argument, out the front door then into the Volvo, to who knows where.

2. "Harness Your Hopes" (Spit on a Stranger CD5, 1999) A Creedence Clearwater Revival-flavored B-side, “Harness” is nonetheless the closest Pavement came to (however obliquely) codifying the swell and ache of no-shit emotional commitment. Sure, “Molasses” rhymes with “the asses” nicely, yet Malkmus shuffles title-thematic grist, gags, and non-sequiturs deftly enough that his larger point runs the risk of getting lost in choogle and giggles: love’s particulars are both epic and picayune—insular intimacies, crossword puzzle clues, details that seem fleeting, petty, and insignificant when experienced in real-time, the seeming contradiction of a wider world fading away then contracting suddenly and violently. Push, pull, repeat: “The harness made of hopes/the lovers on the ropes.”

1. "Strings of Nashville" (Gold Soundz CD5, 1994) Less a song than a palmful of anemic chords and stumbling drums facing down a stiff breeze, “Strings”’ strength lies in its tenderness, its trembly dread, its sheer willingness to undersell itself. Every element present pleads and plods; the breathy verses seem perpetually on the verge of curling in themselves, like autumn leaves succumbing to a campfire. Then the breeze wins, the world’s swept clean, and you’re left cradling a sad sweetness you’ll never quite comprehend.