Right Place At The Right Time

My evening of musical serendipity. 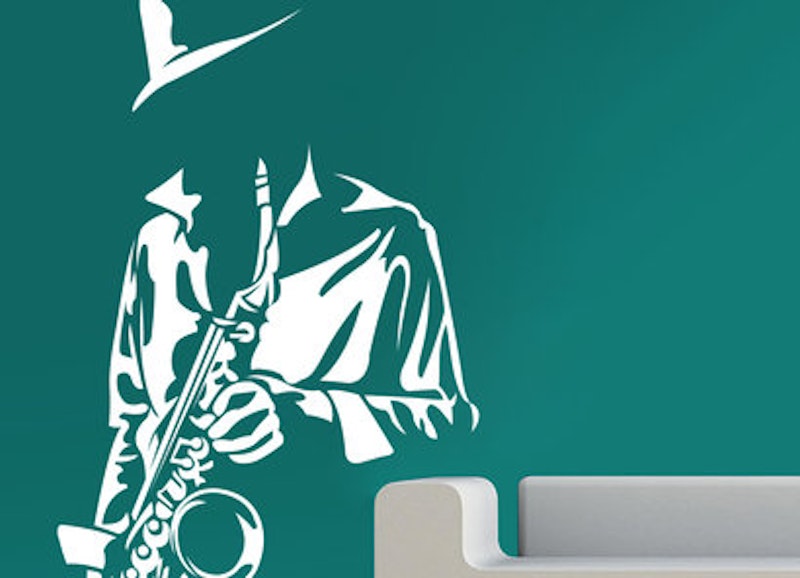 "I was in the right place, but it must have been the wrong time." Dr. John got it right when he penned that line. Think about it: how many times do you actually find yourself at the right place at the right time? It's more like, "The fish were really biting yesterday," or "The weather here at the lake was spectacular last week!" That's not to say you can't enjoy these less than perfect occasions. You can still savor being hip deep in the clear, rippling water of a trout stream, even without catching a single fish. You don't need perfect weather because you're at the lake. I'd say that rolling with the punches in such situations is the key to life, because that is life.

Just last week, however, I was transported, lucky enough to experience one of those rare instances where I was in just the right place at just the right time—serendipity at its finest. The place: the Virginia Museum of Fine Arts, in Richmond. The time: six p.m., which is when the weekly Thursday night "jazz night" begins. I use the word "serendipity" because I wasn’t there for the music. I’d come to the museum's pleasant café, one of my favorite hangouts in the city, with a book to finish.

Reading, I noticed the musicians setting up just to the left of me. I’ve been to a bunch of these free sessions, and they vary in quality, but it's always fun. I checked the program and saw that The Charles Owens Quartet was playing. Never heard of him, which is always the case here. Owens seemed like a regular "guy next door" type—not the aloof, super­cool jazz cat. Miles Davis' opposite. He politely asked if he could momentarily place his instrument case on my table so he could extract his saxophone. But when he started playing, I immediately knew he was the real deal. I put my book down. It sounded like the level of musicianship I used to hear in New York City jazz clubs. Googling him, I found out that tenor saxophonist Charles Owens had held the coveted Friday night slot at NYC's Smalls Jazz Club for seven years.

The quartet finished their first tremendous set, and I stood up to stretch my legs. A fortysomething gentleman sporting a "Rush" cap approached me and said I looked like a guitarist. I demurred. “Just an amateur,” I told him. Undaunted, he spent the next 15 minutes laying out his extensive ideas for putting together a prog rock band. It felt like he needed to get something out, and saw me as a willing listener.

The key thing, he said, was that "timing"—as opposed to technique—was the essential factor in looking for in a musician. At the end of his discourse, punctuated by a few nods of my head and just a handful of words, he moved right on to the topic of dancing. He was shy about it, he said, and this wasn't scoring him any points “with the ladies.” They take it as rejection, he explained. The second set was about to start. We shook hands and exchanged names before he departed.

The great part of the evening was how close I was to the musicians. Had there been a stage (they just set up on the floor) I would’ve been on it. In fact, the drummer, Kelli Strawbridge, was no more than three feet from me. Having this rare opportunity to watch him work his drum kit left me in awe of his technical prowess—awe mixed with confusion that is. I can watch rock drummers work and understand what they're doing. Rock time signatures are not particularly complex. Not so with jazz. There were times I wasn’t getting why the complex rhythms he was playing worked so well. I said to myself, “How does he do this?”

A senior couple was out on the dance floor. How you can dance to a guy whose main influences are John Coltrane, Sonny Rollins and Wayne Shorter is beyond me, but they were having fun. The Rush guy even got out on the dance floor for a song. He wasn't looking so shy either. His timing was pretty good, though I detected some flaws in his technique. Maybe the would-be prog rocker decided he really liked his partner and wasn't going to blow it by not dancing with her.

I stayed for all three sets, a first at this venue. Where else could I have been “onstage” with a world-class jazz band for three hours? Granted, the VMFA cafe doesn't have that cool, dark vibe of a jazz club, but you can't have everything. Charles Owens improvised effortlessly throughout the evening, humbly thanking the audience with every round of applause. He’d recently moved from NYC to sleepy Charlottesville, and his self-effacing demeanor gave me a glimpse into his possible motives for the change. His band stopped playing and I told the drummer how much I enjoyed watching him play. He offered his hand, and thanked me.

I left the beautiful building feeling very good. That's what great music is supposed to do. It has a lingering after-effect that you try to hold on to before you eventually return to earth. It had all come together on this summer Thursday evening, and I hadn't planned any of it.