A Collection of Strange, Beautiful Sounds 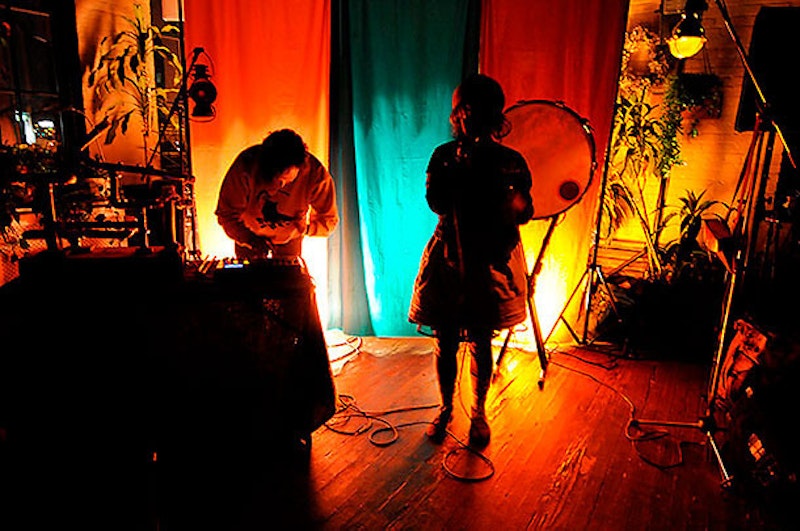 Few things in life are pure. Maybe fear of global war, a continuing post-millennial economic depression, or the encroachment of social media on our privacy are to blame. Enter Canadian electronic duo Megan James and Corin Roddick, known as Purity Ring. On their debut album, Shrines, the band presents an escapist worldview that for 38 minutes urges you to forget your worldly problems.

In a landscape saturated by electronic producers on sites such as Sound Cloud and Bandcamp the band occupies strange territory, too well produced to be bedroom pop yet too pop smart to be indie. Perhaps the music serves as a mirror to the fan base they have amassed, kids with burgeoning iPod’s who by their early teens have more or less absorbed the history and mechanics of modern pop. Indeed, the strongest candidate for the last band to release an album with similar concerns was the Postal Service with 2003’s Give Up.

The atmosphere of Shrines is thick with funereal overtones. Singer Megan James guides the listener through lyrics reliant on playful turns of phrase, evoking both childhood idealism and the gray transition of age in which more souls chase an elusive fairy godmother. Running along a Technicolor road through endless twists you can precisely identify the moments in which her dervish of wordplay morphs into confessions that in turn become a lucid portrait of sexual anxieties and blood fantasies. The sugar-coated synthesizer bells of “Fineshrine” are foregrounded over an unsettling poem in which James asks an unknown love to cut open her sternum and pull her little ribs out. Standout track “Obedear,” a song that sounds half-Britney Spears half–Björk, paints a steamy white-roomed portrait of young lovers hovering over one another’s bodies in hesitation. In between these moments of heightened emotion genuine moments of relaxation crop up. The near dubstep sequencing and wobble bass of “Lofticries” and the harmless nursery rhymes of “Belispeak” play a foil to all the darkness of the band’s strange world.

Much to the record’s credit, any direct analogies to the heart are minimized or absent while the production steers clear of the absurd by focusing on the bare bones essentials. Within time Shrines may be viewed as a musical mile marker for a post-cold heart Generation Y or it may be completely dismissed as a stopgap between invented genres such as chillwave, witchhouse, and indie R&B. Whatever the verdict, Purity Ring cannot be faulted for an earnest and catchy debut that wrings a lot of feeling out of so little.