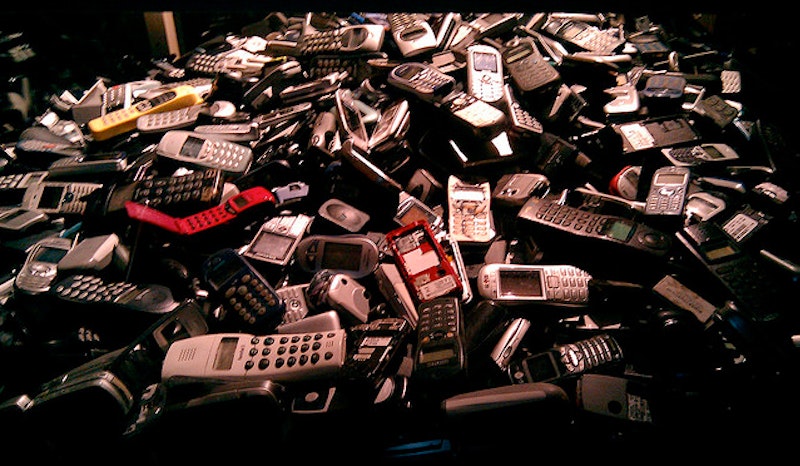 Killing time before a show last Saturday, bored and coming down with the flu, the wells of conversation had dried up until all we had left to talk about was the new iPhone operating system, iOS 6. It was a slow night. Everyone’s heard how awful Apple’s proprietary replacement for Google Maps is (see here) and that it’s practically useless. We knew this weeks ago—that updating would jettison Google Maps for a far inferior product. So why update? It’s not as if iOS 5 is less than perfect, and anyone who says the upgrade is anything but marginal is either delusional or working in Cupertino. Unless your employer implores you, what’s the point?

I threw this thought out to friends and bandmates, and everyone looked a little nonplussed, like I had just pinched them on the butt or something. “Not update…. huh?” It was like Dax Shepard in Idiocracy repeating, “Brawndo has what plants crave, it has electrolytes” on a minor scale. As if the idea of not updating had even been considered. Updating one’s phone, computer, iPad, beeper, what have you, has already become such an automatic, thoughtless process, that people do it despite knowing that it’s quantifiably worse than what they have already. It was kind of scary, thinking how this mentality would evolve in 10 or 20 years, when biotech is commonplace and our brains and body parts are updated, not our phones. Will we be so willing to submit to Apple or Google’s changes when they’re literally inside of us? Forget about tracking your email; Facebook will be cataloguing your stream of consciousness for better ad penetration. Oh boy!

It is not too early to recognize how dangerous and sensitive our technology is becoming. Boomers and Generation Xers, for the most part, still see cell phones, laptops, and other gadgets as innocuous playthings, toys for grownups. Cue thousands of cases of identity theft, online stalking, and other horrible things that come about when your data is compromised. Because the more we migrate our lives and personal information into the cloud, the easier it becomes to be manipulated and molested by cyber criminals, terrorists, and the very companies who provide us with these devices. My generation barely remembers a time before cell phones—kids four or five years younger than me don’t know a world without them at all. And kids born after the Millennium? Forget it.

It’s appalling how little we teach our kids about being responsible with their phones and computers, but this stuff moves so fast that the few lectures we got as kids about what it means to be safe on the Internet (basically, a digital version of “don’t talk to strangers”) are totally out of date by now. How do you warn kids about Google, Apple, Facebook, and the U.S. Government storing every single one of your texts, emails and picture messages? The invasion of our privacy gets worse every year, and we are very much complicit. People don’t feel in their heart that giving up their freedom is a bad thing, and that’s a very dangerous attitude, whether you’re paying attention or not.