You Were Never Really Here is an Uncomfortable Success 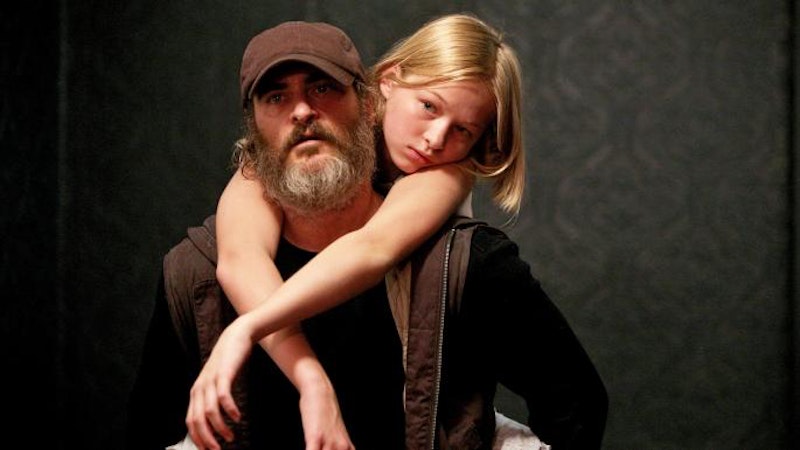 Amazon Studios's latest offering is You Were Never Really Here, an artsy movie that works hard to make you feel uncomfortable about action-thrillers, a genre we've learned to love again since Liam Neeson and the wonderful French director Luc Besson made Taken in 2008. These movies are pretty much our only option for facing evil without losing our wits and that's badly needed in a Hollywood landscape dominated by feel-good Disney stories about superheroes and empowered princesses.

I'm a fan of the genre, but Neeson's career comeback has trapped him into doing about one such movie per year, including two inferior Taken sequels. Most of these movies cheapen our confrontation with evil to score easy money, so they're not worth making, but I’ll recommend this year's The Commuter. And don't get me started on how strange it is to see Keanu Reeves create an entirely more violent and childish version of the genre with his John Wick movies.

There's a lot to criticize about the genre and I was willing to give You Were Never Really Here a chance. I'm happy to also recommend it, because it brings the same moral intensity to the question of facing evil that you find in Taken and other straight action movies. It's just that everything is upside down. Every time you expect to see a human monster get his comeuppance, the camera flips to showing you the hero or the victim he saves.

The logic is as simple as saying it was made by a woman rather than a man. Instead of the movie grammar of the action movie or computer game, which focuses on objects you can manipulate or destroy, things that get in your way and how to go through them, You Were Never Really Here uses the grammar of the horror movie, where the focus is on the protagonist, whose body is endangered in a space which, limited by artful use of lighting, unusual settings, and the limits of the frame itself, holds threats in reserve, menacing rather than attacking, suspending rather than confronting fear of death.

I went into the movie apprehensive, because I know writer-director Lynne Ramsay's We Need to Talk About Kevin. The idea of an artsy feminist takedown of the last manly genre is abhorrent to me. But on the other hand, the movie stars Joaquin Phoenix, who was impressive as a moral hero in Inherent Vice and seemed ready to do a variation on that role, switching from underrated stoner to menacing off-his-meds veteran. He's as much a revelation as Neeson was.

They even have a similar story to share. You Were Never Really Here gives us a washed-up law enforcement hero, trying to save children from evil while battling his own demons, which recalls a Neeson thriller that disappointed, A Walk Among the Tombstones. The images of threatened innocence in this movie have a capacity to startle that reminds us of our own fears and nightmares.

I don't know whether the movie is supposed to damn New York state politics for its abominable corruption or of that's just a convenient, timely movie setting. But the story of a self-styled hired gun taking on the task of doing justice in order to save an innocent girl dramatizes very well the helpless anger we feel at powerful institutions and the men who hide behind them and exploit public power for private advantage.

Joaquin Phoenix has decided to be a loser on- and off-screen, and he's more believable when he acts and more admirable as a human being for it. What's more counter-cultural in our times than mocking the pageantry of celebrity and achieving cinematic solidarity with outcasts? He does all this in You Were Never Really Here and it's more than enough to counterbalance the grad school feminist critique—manliness is just a trauma response/coping mechanism—one senses in the story. He's emerging as the hero for our times: troubled, hesitant, and without much of a future, but able to orient himself morally and to act when it counts.