A very funny movie about very dark subjects. A 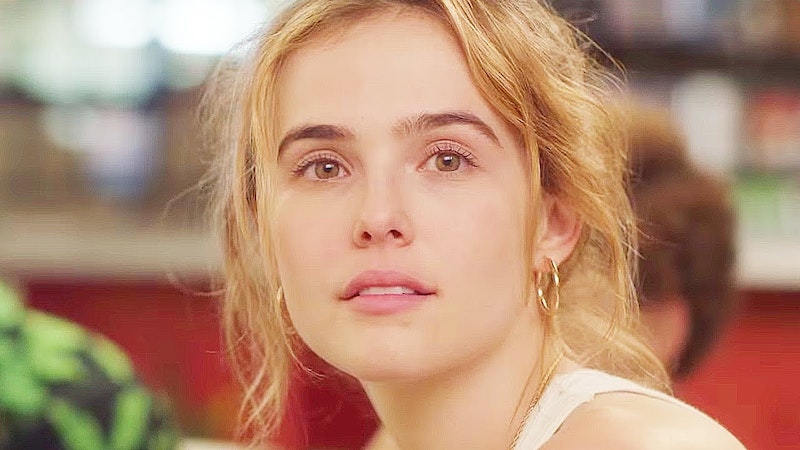 I feel like Mugatu reading reviews of Flower, a new film directed by Max Winkler and written by Alex McAulay, Winkler, and Matt Spicer. Scanning the pull quotes on the movie’s Rotten Tomatoes page is depressing: “It’s hard to see the point of it all” (Boston Globe); “Everyone here is simply a mismanaged thing to be moved around an isn't-that-shocking storyboard as needed. It's a shame, as Deutch shows real commitment to a role that demands the exact opposite” (Globe and Mail); “There isn’t a single kernel of emotional truth to be found in Flower, a lamentable dark comedy that treats subjects such as teen suicide, pedophilia and drug use with the nuance of a jackhammer” (Detroit News).

That last writer gave the movie an F, which is insane. Flower is shocking, funny, gripping, and most importantly, very unpredictable. Lack of nuance? Maybe—but the idea that this movie has “no emotional truth” in it is ridiculous. Unrelentingly bleak, yes. But sometimes everything that can go wrong does. This movie felt more real to me; its characters and their problems more quotidian and banal than other more measured and safe message movies about all of those loaded topics. Flower doesn’t need to be leavened or cut with something saccharine to work. Whether or not you’re on board with the premise that the world is fucked up beyond all repair and that laughter is a healthy and sane response to severe trauma dictates your reaction to this movie.

Other writers called it “watered down Todd Solondz,” which is unfair—who said Solondz had a monopoly on sexual abuse and abyssal suburban depression? Flower stars Zoey Deutch as Erica, a 17-year-old girl who blows older men, gets her friends to film it, and then blackmails them, all ostensibly so that she can save up $15,000 to bail her dad out of jail. Her mother Laurie, played by Kathryn Hahn, remarries Bob, played by Tim Heidecker, doing a very familiar and stock Tim Heidecker character: bad glasses, baggy khakis, polo shirt, Bluetooth headset, Olive Garden taste—in other words, a disaster. But a nice enough guy.

His son Luke (Joey Morgan) gets out of rehab and comes to live with Erica and Laurie. Erica hates it, Luke has a panic attack at the shitty strip mall restaurant, she offers to blow him, he’s freaked out, and eventually he admits that he was molested by an elementary school teacher (Adam Scott) many towns over, and that’s why he started on the pills. They run into the teacher at a bowling alley, Luke has another panic attack, and after a lot of talk, Erica resolves to expose this guy and take him for all he’s worth.

Flower is too straight, too entertaining, and too fast to be called a Todd Solondz rip-off. It does tackle three topics in 90 minutes that could be the backbone of other much longer movies: revenge porn, pedophilia, and drug abuse. The idea that these things must always be treated with the solemnity and respect of an Ingmar Bergman movie, or as some kind of arch and aggressively uninterested in entertainment as a Solondz movie is ridiculous. I loved Flower because it was so conventional in its structure and tone while dealing with otherwise taboo topics, and consistently very funny. It’s a mean movie, but not one that looks down on its characters or their predicaments and traumas.

The way it’s bookended with shots of flowers blowing in the wind sound-tracked to the sounds of coitus, one heinous and one beautiful, I found very moving. I resent this prudish attitude that some topics are beyond reproach and cannot be mocked or addressed in any way unless it’s a very safe awards season message movie or some art film that four people in Manhattan are going to see. I love the latter, but Flower could play in multiplexes. I think it’ll live a life of its own as time goes on and more people discover it, and unlike Pumpkin, I don’t think it’ll age poorly or be looked upon as some sort of cult disaster. It’s just a good comedy about really fucked-up people and situations.