Woody Allen's 1979 film is anything but a celebration of an older man dating a teenager. 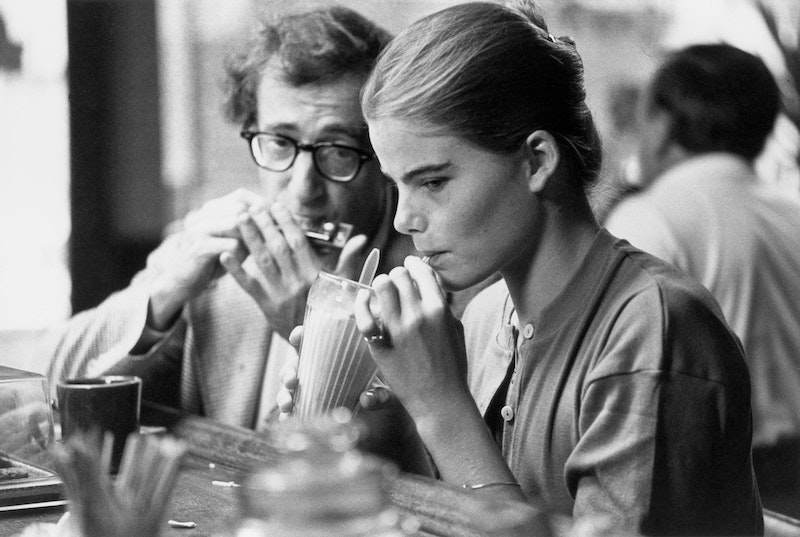 Since HBO’s one-sided Allen v. Farrow mini-series has forced yet another relitigation of filmmaker Woody Allen’s break-up with actor and former muse Mia Farrow, Allen’s 1978 film Manhattan is brought up again and again as proof that the auteur is a creep. Allen plays Ike, a neurotic television writer who’s dating Tracy, a high school senior played by Mariel Hemingway. Though contemporary critics serve up Manhattan as a celebration of an older man dating a teenager, Manhattan is anything but. It’s a comedy that ends in tears.

A theme of Manhattan is that otherwise functioning people who are afraid of adult relationships will purposefully sabotage themselves to avoid real commitment. “I’m dating a girl who still does homework,” quips Ike to his friends Yale and Emily, a couple married 12 years who treat Ike with patient encouragement.

Both Ike and Yale are in crisis. Ike is divorced from a woman who has left him for another woman and they have custody of Ike’s son, Willie. Ike hates his job writing for a “stupid” television show and quits impulsively, despite the financial consequences, to write a novel. Yale, meanwhile, can’t finish writing a book about Eugene O’Neill, wants to splurge on a Porsche, and is having an affair with Mary, played by Diane Keaton. Throughout the movie, Yale gives Ike no sound advice. He encourages Ike to quit his job. He encourages Ike to continue seeing Tracy. Then, when Yale wants out of his affair with Mary, he encourages Ike to date Mary instead. It destroys their friendship.

Ike dates Tracy specifically because he doesn’t have to take her seriously because of her age. He says so repeatedly to Yale and Emily and encourages Tracy to date boys her own age and to leave him to go to drama school in London. Finally, Ike leaves Tracy in a heartbreaking scene where she declares her love for him and he refuses to reciprocate, saying that he’s met another woman closer to his own age. Ike then takes up with Mary.

But Ike’s fling with Mary is brief. Mary, also divorced, shares Ike’s refusal of adult commitment. She diagnoses Ike (“that explains the little girl”) even as she realizes that her pursuit of a married man lands her in the same spot Ike’s in.

The twist comes from how Allen treats love in the movie (actually in all his movies) which is akin to Shakespeare’s presentation of eros as an irrational, unbound, force of nature that ignores the obligations of family, society, politics, economy or law. In Shakespeare, if you fall in love with a peasant dressed as a donkey or the kid from the feuding family in Verona, you’re stuck.

Near the end of Manhattan, Ike realizes what he’s done as he lists things worth living for and finds himself ranking “Tracy’s face” among great works of art and sports moments. He goes to her finally and honestly tell her he loves her and finds that she’s taken his advice and is on her way to London. “You really hurt me,” she says, and he can muster nothing more than a pathetic apology. She leaves and though there’s talk of her being gone for “just six months,” it’s obvious she’s moved on with her life.

Ike used the age difference with Tracy to avoid the complexities of another adult relationship. By the end of Manhattan, she’s stepping into adulthood without him. That’s what the film is about.