The Andromeda Strain is Too Optimistic

They didn’t know just how bad pandemic response could be. 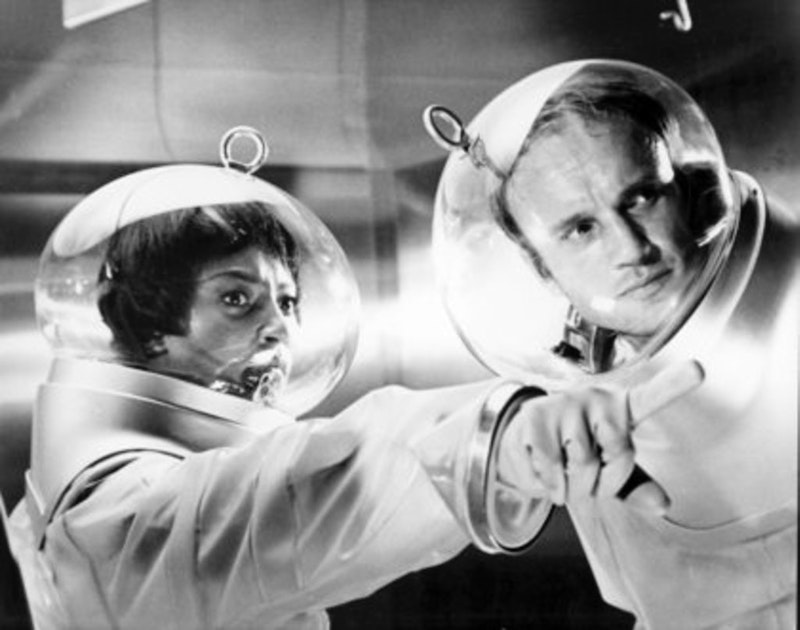 Fifty years after its release in 1971, the infectious disease film thriller The Andromeda Strain feels both prescient and ludicrously optimistic. The movie shows baffled experts, selfish bystanders, a president bumbling about political calculations in the face of apocalypse, and snafus which lead (almost) to disaster. But it also assumes a base level of competence and goodwill that, in light of recent events, clearly doesn’t exist in American politics or disaster response.

The Andromeda Strain, based on a Michael Crichton novel, starts with a satellite crashing in the town of Piedmont, New Mexico. The satellite has acquired biological space bacteria, dubbed Andromeda. Andromeda is infectious and deadly enough to kill almost everyone in the town instantly. A team of expert scientists who’ve prepared for this eventuality gather at a top-secret installation in the southwest to examine the virus and figure out how to neutralize it. The containment facility has multiple levels of protections, topped off by a nuclear bomb designed to explode and sterilize the whole area if a contaminant escapes.

The movie is near future hard-science fiction, and it leans into that subgenre’s love of gear, hardware, and exposition. An engineer launches into a spontaneous explanation of a communication rig that’s basically a complicated fax notification bell. Director Robert Wise documents decontamination protocols, as the scientist heroes are bathed in lights, poked, prodded, stripped, injected, clothed, stripped again, and given suppositories to kill bacteria in their guts. The film focuses with breathless geekery as the team manipulate mechanical hands, type in screen commands, stare at slides, and increase magnification on a specimen.

The American president, with an eye on other political considerations, refuses to drop a nuke on Piedmont, potentially contaminating the entire southwest. Military personnel refuse to acknowledge the terrifying space pandemic because they don’t want to deal with the results.

In the virus facility, the super fax machine bell gets a piece of paper stuck in it and doesn’t deliver vital messages. One scientist, Ruth Levitt (Kate Reid) fails to disclose her epilepsy because she doesn’t want to get kicked off the project, and has a fit at an inopportune moment. During a containment breach, personnel who’ve supposedly trained for years for the moment simply panic. And when the nuclear failsafe is wrongly activated, threatening to supercharge Andromeda’s supermutations, the off switch is located in another section, where it can’t be easily reached. A mild mess-up in planning almost leads to global catastrophe.

The combination of foolishness, selfishness, denial, and bumbling has a familiar ring today as we round half million dead in the US. The Andromeda Strain understands that systems react slowly to, and break down under, catastrophe. Having no room for error is bad, because humans make lots of errors even with the best equipment and science in the world.

That last bit, though, is where the COVID analogy breaks down. The Andromeda Strain assumes a certain level of efficiency from the people in charge and a desire to protect the public. The government has a plan in place for a xenobiological disaster and puts it into motion without dawdling. The president doesn’t want to drop a nuke quickly because he’s worried it’ll complicate foreign relations, but he doesn’t just decide to ignore the potential pandemic because it might complicate his reelection. He doesn’t encourage the public to breathe in space spores to show that the virus is a hoax. His supporters don’t organize protest marches demanding to be allowed to breathe space spores.

Where The Andromeda Strain is most off-base, though, is in its Hollywood ending. Despite all the screw-ups, the scientists prevent disaster at the last minute, and are able to provide the military with a quick, easy way to neutralize the virus. The body count from the infection is in tens, not, as in our current fiasco, hundreds of thousands in the US and millions globally.

The movie does end with an ominous warning about next time. But watching it, it’s clear the filmmakers never anticipated just how unprepared we could be, or how blasé. The Andromeda Strain realizes that humans can make mistakes that kill. What they missed, based on recent events, is how little we as a country care.