Year of the Superhero

Deadpool’s the first of seven this year. 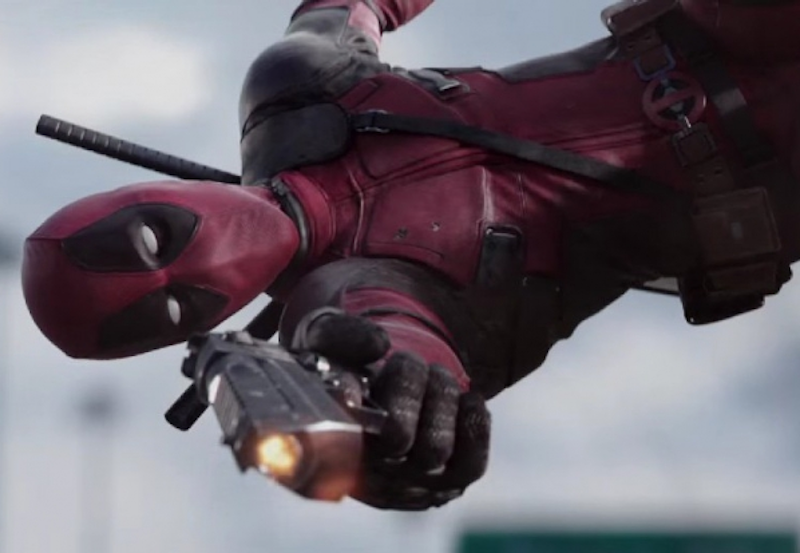 I don’t know if moviegoers will get tired of superheroes, but this should be the year we find out. There are seven major superhero films in theaters: two DC Comics films, two Avengers, three X-Men (if Gambit comes out on schedule). Fascinated as I am by franchise maintenance, I’m always perversely curious how Hollywood’s latest success will result in near-future plans being hastily scrambled in an attempt to recapture the lightning.

So, Deadpool looking likely to become the most successful of all X-Men movies means the overall X-franchise has roughly four rumored paths forward now: Deadpool, New Mutants, X-Force, and X-Men movies, each with at least one big director or star attached who I’d imagine doesn’t want his own plans disrupted (Ryan Reynolds, Josh Boone, Jeff Wadlow, and Bryan Singer, respectively).

And so far, the films all fit together continuity-wise. (For nerds only: I think you could argue that evil military honcho Stryker getting his brain scrambled in 1973 in X-Men: Days of Future Past caused him never to experiment upon Wade Wilson in the final days of the Vietnam war, leaving Wilson to develop cancer slowly until becoming Deadpool in our own era, if anyone cares.) But then, sometimes tossing out or glossing over the whole fictional backstory is the wise thing to do, and you could argue it’s recently been done in print by DC Comics and Marvel, by Star Wars with the elimination of all the old “Expanded Universe” spinoff material, and in various ways by Terminator, Godzilla, Spidey, Batman, Superman, Yamato, Transformers, Galactica, America’s political and historical memory, etc.

But Deadpool’s success could unofficially rewrite the Avengers and DC Comics franchises as well, at least aesthetically speaking, though as James Gunn, director of the Avengers-related Guardians of the Galaxy movies, says, the odds are Hollywood, as usual, will misunderstand why Deadpool is a hit. They’ll just think they need to add more violence and wisecracks. (We should listen to the wise Gunn, who apparently considered fulfilling my childhood dreams by having David Bowie play the Avengers/Guardians character Adam Warlock before finding out Bowie was ill.)

Ryan Reynolds’ seven years of cheerleading for the X-Men’s “merc with a mouth” wasn’t just rooted in thinking the world really needed an R-rated superhero movie, though. After Deadpool was ill-served—and literally had his mouth sewn shut—in the lame first Wolverine solo film, Reynolds saw the untapped potential in the character for comedy and high energy that matched his own. In a just world not afraid of looking nerdy, he’d probably get an Oscar nomination. He’s sure dedicated to the part.

The Schroedinger-like uncertainty that now exists in the three big franchises, I think, is whether it is the easily-imitated violence from Deadpool that will cast a big shadow or the trickier humor.

In just the next few months of DC Comics-related material alone, we’re scheduled to see a grim-looking Batman v Superman, a humorous—but very darkly humorous—Suicide Squad (with the demented Harley Quinn and her psychotic boyfriend the Joker as central characters), and in print an s & m-influenced Wonder Woman graphic novel from anarchist writer Grant Morrison, as well as some kind of terrifying “anti-gods” in the pages of Justice League resulting from a sudden (and thus likely Hollywood-requested) blending of the Greek gods, “New Gods,” the Justice League-hating Crime Syndicate from the Anti-Matter Universe, and of course the dreaded Anti-Monitor.

If Suicide Squad is the big hit among these and DC decides it reaffirms the success of Marvel’s dark/funny Deadpool, DC too could pivot funny—or pivot darker than you ever imagined.

Marvel, by contrast, seems likely to retain its sense of humor even while depicting its characters going through a literal “Civil War” three months from now and a Norse-style end of the world with Thor’s “Ragnarok” next year. That superhuman ability to keep laughing may be best for the culture. Things are dark enough.