Zoolander 2 Is a Bust

A disappointing and lazy sequel to the brilliant original. 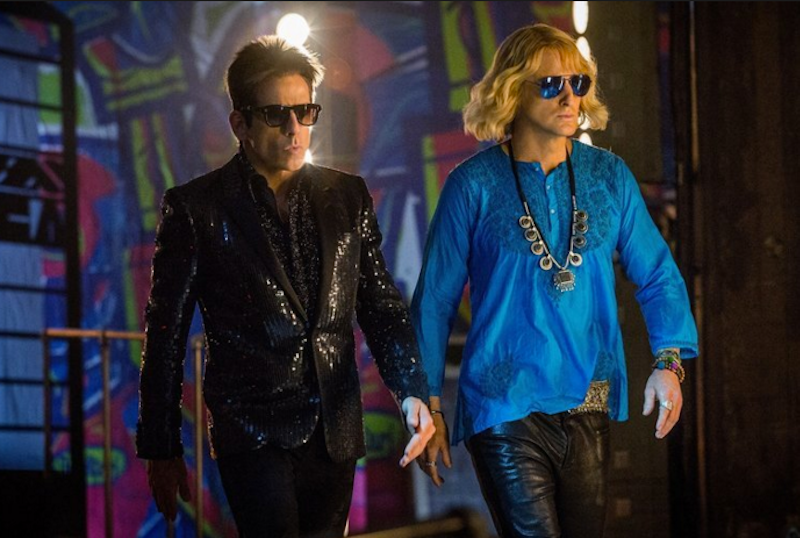 Zoolander is a perfect movie, shot for shot, word for word. Perhaps I’m biased because of my past in high fashion (Tommy Hilfiger, F/W ’93), but that movie leveled me and my old menswear pals in 2001, just like This is Spinal Tap made every rock star take a good long look in their coke mirrors. But it was no skin off of our beaks: we’d left the business a long time ago, a lark that cousin Bennington and I took that turned into a couple of catalogs and magazine ads. The scratch was good, but the bad attitudes and brittle egos of everyone involved in the fashion industry were too much to deal with. It wasn’t worth Mr. Hilfiger ruffling our feathers in the changing room. At least we got to keep the undies.

Naturally, Monica and I were eager to see the sequel Zoolander 2 the night it opened. Bennington happened to be in town with his brother Sander and they invited us in his caravan up to the county multiplex. The theater was packed—who even knew what Deadpool was before last week?—and Bennington and Sander strut up to the ticket counter while we were stuck behind two turtles who kept asking if The Curious Case of Benjamin Button was still playing. When we finally got our tickets, Bennington and Sander were nowhere to be found. They’d already raced upstairs, even though we had almost an hour to kill before the movie started. We met them at the bar and grokked about chicks and hens that flew the coup—Bennington was recently single, and Monica and I did our best to smooth his feathers two days before Valentine’s Day. A lightweight, by the time we headed downstairs, I was two Jack & Cokes deep, so I was feeling stupid drunk and belligerent. I was squawking before we even found our seats, Monica kept shushing me during the previews because I was yelling at the screen. She finally had to spur claw me after I called Jennifer Lawrence a cunt during some Hunger Games promotional tie-in. These suburban multiplexes have the nerve to show commercials and trailers, how do they expect you to stay still?

Zoolander 2 was a mess, filled with gratuitous celebrity cameos to make up for the weak jokes and the aimless script. It tried to pull the 22 Jump Street or Anchorman 2 move of acknowledging its frivolous and nonsensical premise and making the meaninglessness of the endless cameos the joke itself, which is a frustrating and insulting copout by Ben Stiller and his script-writing committee. They’ve probably had piles of drafts and ideas to choose from in the 14 years since the original Zoolander, and ultimately took the easy way out. “Look, we made a second movie! This is retarded! Oh my god, it’s Neil DeGrasse Tyson!” Monica and I were glad we went; I mean, it was better than staring at a wall, but the more we thought about it over the weekend, the more bummed out we felt that they had to go and ruin something that was perfect.

Despite talking about making a sequel to Zoolander since 2008, Stiller phoned it in and settled for lower-quality cameos—David Bowie and Fred Durst popped up during one of the catwalk sequences in the first one, but they were the sideshow to a very memorable and endlessly quotable movie (“moisture is the essence of wetness,” “the files are inside the computer,” “Merman… MERMAN!”, the gasoline fight). In the original, the idiocy of the male models is illustrated rather than stated, and in this lazy sequel, scenarios like the gasoline fight or the computer heist are replaced with a revolving door of high-profile celebrities telling Derek and Hansel how stupid they are.

Infuriatingly, Zoolander 2 ends with a shot of Neil DeGrasse Tyson, that asshole. Before Monica and I could even get up, Bennington and Sander had bolted out of the theater, and we still couldn’t find them after we filed in and out of the bathroom. After we spotted them milling about in front of Bobby’s Burger Palace, we all went rode home in the caravan listening to an AM oldies station. Some things are better left in the past.