There’s nothing I love more than comic elitism. 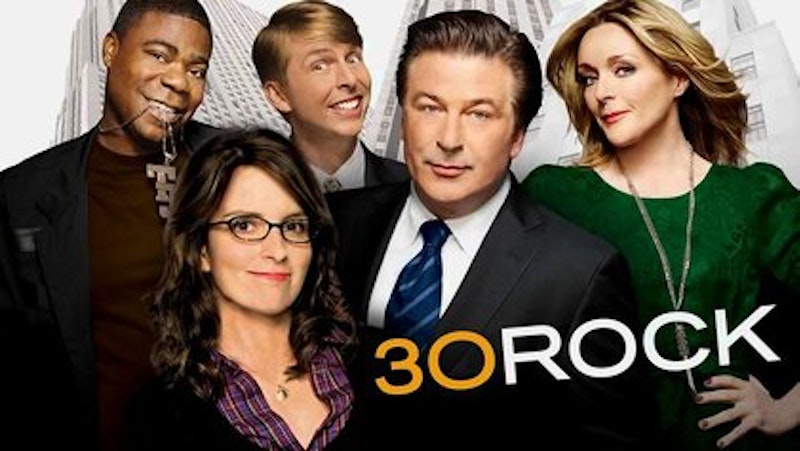 I’ve probably seen every episode of 30 Rock at least once, but every time I watch one again I laugh just as hard if not harder than the first time. When I take long bus rides, like shuttling between Richmond and New York in my secret exclusive V.I.P. cabin on Greyhound, I pull out my iPad, open up Netflix and cut on 30 Rock. Best 21-to-22 minutes ever. One time I was watching an episode that was so funny that I really lost it on the bus—I mean I was laughing like I’d absolutely lost my mind. I don’t remember the exact joke per se, but I think it was a reference to one of Liz Lemon’s lesbian clown shirts that got me rolling.

I never really watched 30 Rock when it was in its prime. In fact, I’ve really only come into show now that it’s almost off the air and available for instant streaming on Netflix, which says a lot about how we consume television nowadays. My friends used to tell me all the time how funny the show was, but I never gave it the time of day because I have a short attention span and I’m not really committed to siting in front of a television to catch network television shows, which to me haven’t been good since TGIF. I also associated 30 Rock with The Office, a show I don’t find funny in any way.

But one day a friend sent me a link to an episode and said you have to watch this. So I did. It’s the one where Devon Banks blackmails Jack Donaghy into getting his child into an exclusive New York pre-school which, people in Real America, is actually a thing people in New York do. So anyway, in this one clip Devon tells Jack that he basically sacrificed a spot in the school for his own daughter, meaning that Jack’s daughter might have to go to public school, the absolute worst place to be. So now that Jack’s daughter will likely have to go to public school, Devon tells him that she will grow up to be be a poor nobody. What could she possibly do with a degree from SUNY… (GASP!) …ONEONTA?

There’s nothing I love more than comic elitism, especially when sarcasm is used to make fun of how silly elitism is. This SUNY ONEONTA thing was so funny because, to a person in New York, it’s the one school of the SUNY system that people don’t really think about, so everybody gets the joke. I was hooked. I was drawn to Jack Donaghy’s snobbery, like the time Liz Lemon asked him why on earth he was wearing a tux and he goes, “It’s after six—what am I, a farmer?” or the time Avery Jessup was about to have their baby in Canada but the couple didn’t want to risk having a Canadian-American baby. Why not? “Because your milk comes in bags—bags.”

The more I watched 30 Rock, I wondered who else could possibly be watching the show. I mean it appeals to me because I get all the New York references, because I like the blatant Republican snobbery/satirical portrayal of a rich business tycoon in Jack Donaghy, and generally because the show is well-written, fast-paced and smart. I love the whole show-within-a-show aspect, the bald-faced product placement, jabs at every actor ever and other self-referencing aspects. Like in that same episode where Avery and Jack have their baby in Canada and offer to pay their hospital bill but are told their money is no good because Canadians have free health care. So Jack goes, “Oh no you don’t. We will find a Canadian who will take our money” and the screen blacks out immediately to the credits “Executive Producer, Lorne Michaels” who is—you guessed it—Canadian! To an ordinary view it just looks like the show is over. But it happened so quickly that I said, “Wait a minute” and actually Googled “Lorne Michaels.” And, sure enough, Googled told me that LM was a big old Canadian-American. I laughed my ass off.

And that’s probably the greatest thing about 30 Rock: the jokes go by so fast by the time you realize they’re jokes the storyline has changed or the show is over. Like the time Liz’ gay nephew came to New York for a surprise, unwanted visit and Liz says, “I don’t mean to send you right back home, but—” and the gay cousin replies, “OMG that’s the name of the club I’m going to tonight, “Home Butt.”

But did 30 Rock appeal to anybody out in the REAL America, a comical but not-so-far-from-the-truth recurring theme on the show? Not like it was over their heads, but could it hold their interest? Should shows be valued or kept on the air based on how well they perform in the REAL America?

When 30 Rock airs its last episode at the end of the month, we’ll say goodbye to one of the smartest shows network television has ever seen. It’s not that there haven’t been other smart shows on NBC—Seinfeld was smart, Will & Grace had smart moments. But for every great, amazing show that has a multi-year run, we get a bunch of stupid shows that make it on the air somehow, shows like Work It on ABC—a swiftly canceled series about two men who dress as women to keep a job in a bad economy. Really, ABC?

Why can’t networks keep great, critically acclaimed shows on the air even if the ratings are poor? Does every show need to pander to the REAL America?