Even a Mediocre Judd Apatow Movie Has Its Moments

This is 40 is sloppy but funny. 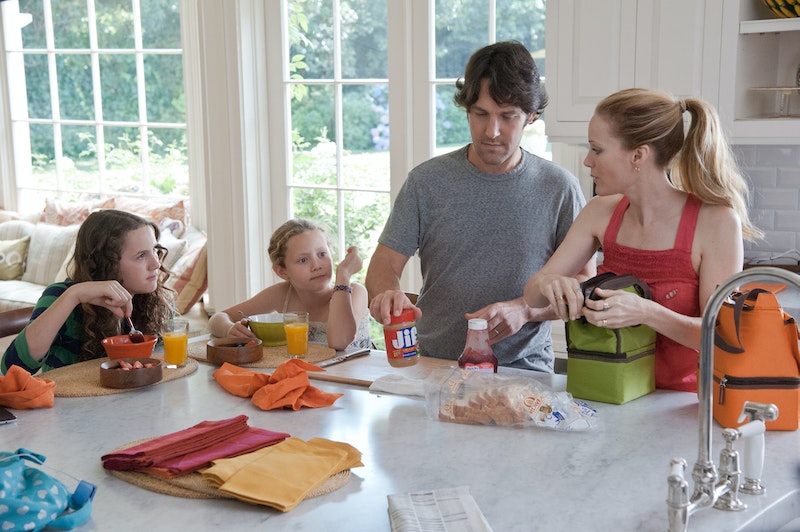 Judd Apatow’s movies work because they’re messy. The dialogue is half-improvised, full of incongruous pauses, half-stops, interruptions and confused emphasis and the plot always takes a backseat to these meandering, usually pretty funny scenes of extended riffing. His immediately recognizable sensibility has become so ubiquitous and made so many of his friends famous that nearly every comedy feels like an “Apatow presents.” His fourth effort as a writer/director, following the mean-spirited Funny People, is This is 40, the filmic equivalent of lounging about in bed till one and spending the rest of the day on Twitter on your iPhone. It’s a decent set-up with some good lines that has zero inertia and is frustratingly underwritten. Jokes are set up and left hanging midair, sans laughter, and the whole thing ends up a little awkward as a result.

Maybe it makes sense. This movie captures pretty much where Apatow, 45, is at in his career. Lazy, staid, comfortable. His wife and two pre-teen daughters star in the movie with Paul Rudd, and it feels like something they come up with, gags and all, at the breakfast nook one morning over muffins and cupcakes. The set-up to This is 40 is decent enough: middle age ennui, raising kids when they have iPads at eight, struggling to make a living in the music business post-BitTorrent. All of the other great successes in the Apatow universe had similarly bare outlines: Forgetting Sarah Marshall, Get Him to the Greek, The 40-Year-Old-Virgin. But This is 40 has nothing to move it forward, and the riffing is not good enough to sustain a movie that doesn’t even go sideways.

But even at Apatow’s laziest and B-sidey, his loose and comfy aesthetic will always be far more watchable than scripted, formulaic comedy at its worst. A close Apatow compatriot, Seth Rogen, stars with Barbara Streisand in The Guilt Trip this Christmas, a movie so bad it should’ve gone straight to tape, not even DVD. This garbage is so painful to watch it’s embarrassing for everyone involved who possesses even a shred of talent. No use in recapping any of the vitals for posterity because it deserves to circle the drain as fast as it can, never to be remembered. It’s like film as exercise, as routine, as day job. There is no mirth or small joy in a film so stuffy, dull, and aggressively uncreative as The Guilt Trip. There are no gags and the plot is moronic.

Apatow, at least, has a basket of good jokes in his arsenal even armed with nothing else, and he stills ends up on top. Whatever This is 40 is—lacking in ambition, drive, motivation beyond what’s been done—the elasticity of the conversations and the sub-roads their words follow feel so much more real than the sculpted tripe churned out every year that thankfully doesn’t get much notice. So, it sort of sucks but it’s still better than most every comedy out there.