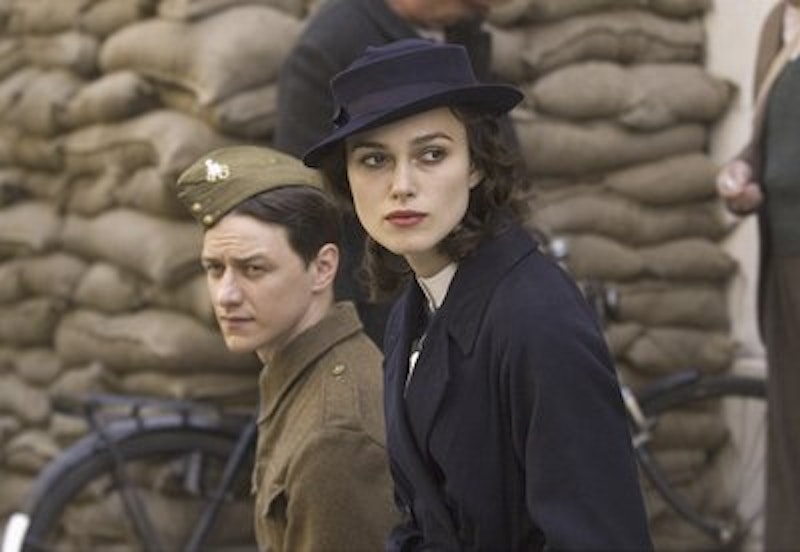 Can a war film be an anti-war film?

Calum Marsh watched Peter Berg's film Lone Survivor and decided that that answer to this question is no; even when you portray violence as horrible and traumatic in a war film, that violence still ends up as appealing. "It’s important to remember," Marsh argues, "that despite their moralizing, war films are still essentially action films—blockbuster spectacles embellished by the verve and vigor of cutting-edge special effects. They may not strictly glorify. But they almost never discourage." He adds, "All war films have heroes," and what makes those heroes cool, or awesome, is the fact that they are soldiers at war. If your protagonist is a soldier, then it's hard not to conclude that soldiering is something that the good guys do.

I think Marsh is onto something here. It may not be the case that all war films are anti-war films, but even ideologically anti-war films can end up validating war almost despite themselves. One example here is Full Metal Jacket. Stanley Kubrick's Vietnam movie shows basic training as a sadistic nightmare culminating in a brutal, sad murder/suicide. Combat itself is even worse; the men are picked off from a distance one by one, only to discover that the carnage is caused by a single female sniper. There’s no sense that the battle has accomplished anything; the fighting is simply senseless, and then there's death. It's an uncompromising vision of war as futile and ugly.

And yet, the film ends with the bespectacled, humane protagonist Joker proving his worth and courage by performing a mercy killing, shooting the wounded sniper as one of his buddies mutters, "Hard core. Fucking hard core." War is horrible, and many warriors are horrible (one of the soldiers wants to leave the wounded woman "for the rats") but that horror is also a truth. The atrocity of war makes Joker a man. And this is inevitable. In a war movie—Full Metal Jacket, Apocalypse Now, Platoon—the most important thing is war. War is what's real, war is what's true, and that means that war, no matter how much you may claim to hate it, is necessary and valuable. Only war can make you hard-core.

But I can think of at least one anti-war war film that’s different. Ian McEwan's 2001 novel Atonement, which became a 2007 film, includes a long middle section detailing the protagonist Robbie's experiences at the evacuation of Dunkirk. That section includes many of the staples of anti-war war narratives—it's violent and senseless, and Robbie acts heroically a time or two.

But while the war is important to the story, it's not the important thing. Instead, it's an interruption of the main narrative of the novel, which is a romance. In the first part of the book, Robbie falls in love with Cecelia, and shortly thereafter he is falsely accused of raping her young cousin. In part because Robbie is lower class, the charges stick, and he is carted off to prison, released only on condition that he join the army at the outbreak of World War II. His presence in the war is a kind of horrible accident, and his death from infection the night before he is to leave France, is an even worse accident yet.

In Atonement, war is not meaning or truth. Meaning and truth are in the romance plot—the consummation of which is so much the right outcome, so much the truth, that both book and movie present it as having happened, so that we see Robbie and Cecelia together again before learning that they did not, in fact, ever get together again. The romance is what should have happened, the story that should have been. War is the wrong thing. Robbie doesn't learn anything from it or become a man because of it. He just dies, robbed not only of his life, but also of the meaning of his life, which wasn't war, but love.