Don't Care Who Gets The Rose

The Bachelor and the 25 beautiful, educated and talented women who fight for him. 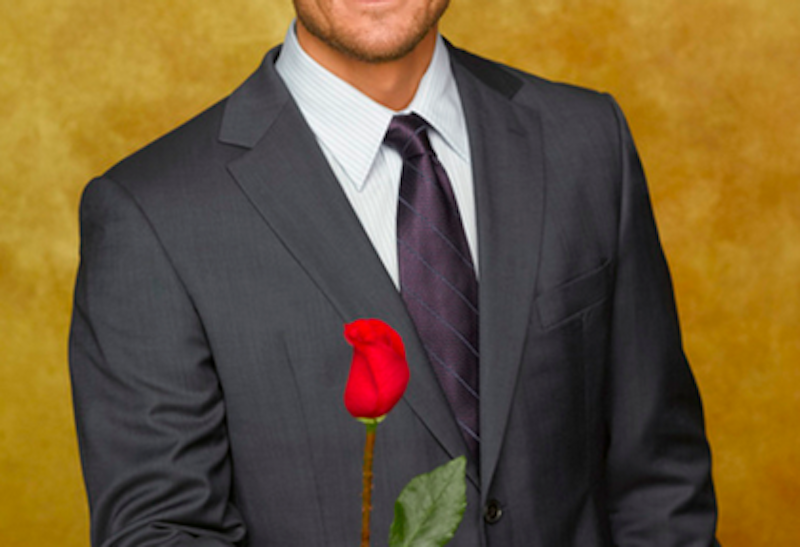 With the Olympics starting in February, I broke down and had my television service turned back on. Unfortunately, until the Super Bowl and the games in Sochi air, I’m back to the same old channel surfing for something to watch that doesn’t dumb me down.

Last Monday night I came across The Bachelor, a series that revolves around a single guy and a pool of women all vying to become his potential wife. On this episode, the lucky dude was Juan Carlos, a former soccer player who speaks in heavily accented English.

I had a hard time digesting what I saw. Why would 25 beautiful, educated and talented women fight for a guy they hardly know, turning into desperate women who spend their time crying in bathroom stalls? They all seemed to be under tremendous stress, which resulted in a lot of tears and drama. They also must’ve had the false impression that wearing tacky, too-tight outfits would improve their odds. Add spray tans to the ensemble and it really made the group look like a haute couture scrum gone wrong.

The program progressed with lots of shallow conversation, kissing, hot-tubbing, back-stabbing and often getting close to Stage 5 meltdown territory. Plus, how many times over the course of one program can one listen to the words “real connection,” “true love” and “soulmate?” I continued to watch these women humiliate themselves on national television, and found it both both horrifying yet captivating: everyone loves a good train wreck.

Why did a a group of otherwise mentally present women, most in their early 20s, think going on a series of scripted dates was going to be the path toward true love and a good marriage? One woman went on a bungee jumping date with Juan Carlos. Afterwards, she declared that doing so was the epitome of building a relationship. Really? Maybe someone should tell that to marriage counselors.

They seemed to believe this was their last chance. Didn’t they know there’s a whole world of eligible men out there to pursue instead of being entranced by one? It’s pretty pathetic that The Bachelor is one of the most viewed shows by women even though it is so disrespectful to them as a group. Call me “old school” but love as I know it does not develop in front of a 24/7 camera.

The saga concluded with a ceremony in which the bachelor presented a rose to each woman he wanted to remain. The ones who don’t receive a rose are eliminated and leave the show brokenhearted. I didn’t tune in for that part.