Wake Up and Smell the Bodies

Perfume is not a conventional crime drama. 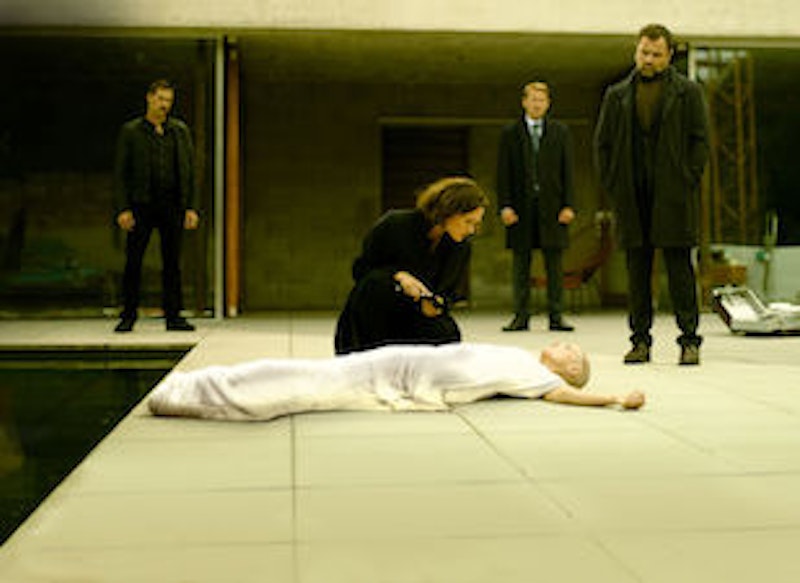 Wake up and smell the coffee, goes the saying. Not for Netflix’s German drama, Perfume (German: Parfum, 2018). Instead, it’s wake up and smell the bodies. Perfume is not a conventional crime drama, although it has all the elements of it. Murders, suspects, detectives with personal issues, and a background story that creates a mystery within a mystery.

The series is inspired by the novel of the same name written by Peter Süsskind. The novel, much like the television series, explores the phenomenology of smell and the meaning that’s often attached to it. But what makes it unique is the grotesque mystery at the center. It involves a man named Jean-Baptiste Grenouille who has a gift of being able to distinguish one smell from the other unlike any other human being. He becomes attached to different smells (especially of women) and develops an obsessive need to preserve them. In order to do that, Grenouille goes on a murder spree, killing his victims, “gathering” their scent, distilling and bottling it in order to preserve it forever.

The series follows a similar pattern. It opens with the murder of a beautiful singer, Katharina, who’s found floating in a pool. She was naked, her hair, scent glands, and pubic hair completely removed. She was found by Roman, a man who turns out to be her friend from boarding school days. Despite being married and having a daughter, Roman’s had sex with Katharina (we learn later that Katharina was somewhat of a libertine when it comes to sex and always had multiple partners). For the detectives involved in this case, this murder opens up the doors to the strange friendship between six people (Katharina, Roman, Elena, Daniel, Moritz, and Thomas), their interlinked collective past, and the disappearance of a young student from the same boarding school.

The fetishistic killing doesn’t stop with Katharina. More bodies are found, both from the past and the present. The group of justice-seeking detectives are thrown into this bizarre case. Unsurprisingly, the detective in charge, Nadja Simon, has personal issues that come into the foreground in the midst of the mystery. She’s having an affair with the prosecutor, who’s married. Nadja is obsessed with him but more so with the nature of their relationship. She oscillates between gentle love and hatred tinged with the violence of eros. She’s complicated but not overly so that the audience may hate or simply be indifferent to her. Her interior struggles are filled with dread and anxiety, and the choice she makes in the end is more an expression of destiny rather than free will. Friederike Becht, who plays Nadia, brings layered emotion of an ingénue and pleasure seeking independent woman with a disposition and mannerisms reminiscent of Winona Ryder.

It’s not easy to categorize this series, and perhaps this is where its charm lies. Cinematographically, it’s similar to Tom Tykwer’s The Princess and the Warrior (German: Der Krieger und die Kaiserin, 2000) and it’s hardly surprising since Tykwer played a part in Perfume.

One of the ways to distill the uniqueness of the series is by comparison with many American crime dramas. Perfume may be too dark, elusive, and erotically charged for an American audience, or at the very least, American television viewers are used to the series which is predictable and safe. Perfume goes further than that. It explores the uneasy relationship between pleasure and pain, as well as good and evil. In Perfume, every encounter is revealed in different shades of metaphysical color where the lines of behavior are blurred, all punctuated with the powerful need to be loved. The existential fog that many characters inhabit and their (almost!) unwillingness to feel guilt and remorse is part of the elusiveness of the series. What goes on in the human heart is sometimes unexplainable, and in this series, that’s the most authentic and important mystery of all.