Serenity Has Its Moments

More than the usual mid-winter roadkill of the movie release calendar. B- 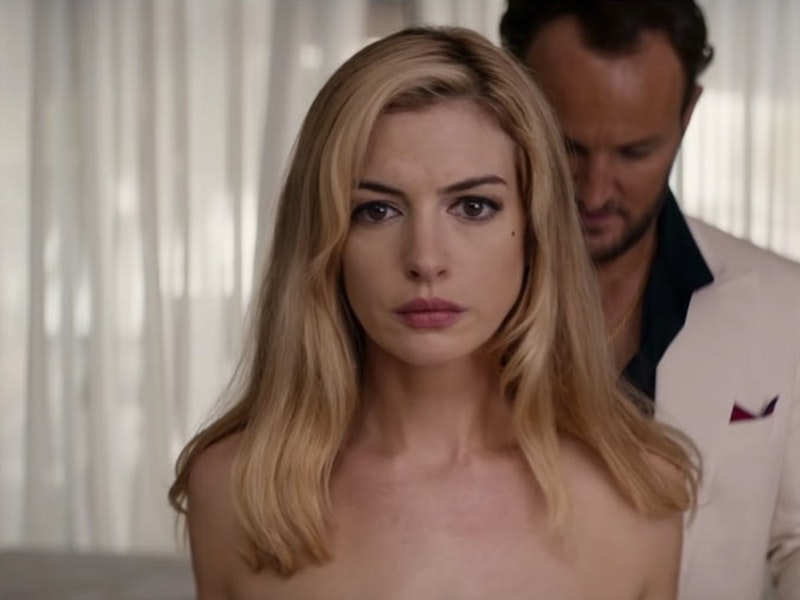 Serenity is a neo-noir thriller starring a pair of A-listers (Matthew McConaughey and Anne Hathaway), in a plot with a fair amount of intrigue and sexiness. Yet the film’s being into late January, with virtually no advertising or promotion.

That inspire confidence, and indeed, Serenity doesn’t offer career-best work from anybody involved. But the film has its moments, and its half-hearted release may have more to do with what a hard sell its story is, or perhaps awards season strategy, than its overall quality.

Serenity was written and directed by Steven Knight, the Eastern Promises screenwriter who five years ago directed the outstanding Locke, the movie where Tom Hardy was in the car for the entire running time, dealing with personal and professional crises through a series of phone calls.

The new film isn’t nearly as claustrophobic, set on an island surrounded by ocean. Serenity stars McConaughey as Baker Dill, a fish boat captain in an island town that's full of mysteries. The movie was filmed in the African island nation of Mauritius, although just about everything about its vibe screams "Florida."

An Iraq War veteran who struggles with PTSD, Dill hopes to catch the big fish, but his trajectory changes when Karen (Hathaway), the mother of his estranged teenaged son, shows up asking him to stage a boat accident in order to bump off her abusive husband (Jason Clarke.) Meanwhile, Dill appears to have a strange, near-psychic connection with the son.

Also on board are Diane Lane as McConaughey's occasional lover, Djimon Hounsou as his second-in-command, and Jeremy Strong (from HBO’s Succession) as a mysterious salesman. The film gets off to a promising start, as it sets up what feels like a compelling premise, especially when a blonde Hathaway shows up in femme fatale mode, which is counterintuitive but nevertheless works. But then there's a twist, one that makes internal sense, but at the same time renders the story's stakes somewhat irrelevant. We go from caring whether Dill finds the fish and carries out the murder, and what either of them will mean for him, until all of a sudden we’re meant to care about other, completely different things instead.

It also renders everything sort of creepy, even if it weren't for the bizarre scene in which McConaughey and his young son have a sort of mind meld underwater, both of them naked. McConaughey's turn here is of a piece with his famous True Detective run a few years ago, playing another guy haunted by the traumas of the past. The actor is one of the best at spouting ridiculous nonsense and making it sound natural, and he has plenty of opportunities to do that here. As for Jason Clarke, as the over-the-top villain, this is the sleaziest he's ever been on screen, and he played Ted Kennedy in a movie last year. And Diane Lane gets a surprisingly sexy supporting turn.

Serenity is not to be confused with the Firefly spinoff movie of the same name, released in 2005. It's also a different movie from Serena, another film that got unceremoniously dumped despite having two stars (Bradley Cooper and Jennifer Lawrence, that time.)

I’m not privy to the exact story about how a notably steamy movie starring Matthew McConaughey and Anne Hathaway got released quietly in late January by upstart distributor Aviron Pictures, as the trades have been light on information. But I’ve got a hunch that it has something to do with a determination that this particular story was extremely difficult to describe and sell to audiences. Or perhaps Aviron could only mount one awards push, and went with A Private War instead. Serenity isn't likely to have much of a shelf life, but it's got more to recommend about it than the usual mid-winter roadkill of the movie release calendar.