Nor were they clever, of course. 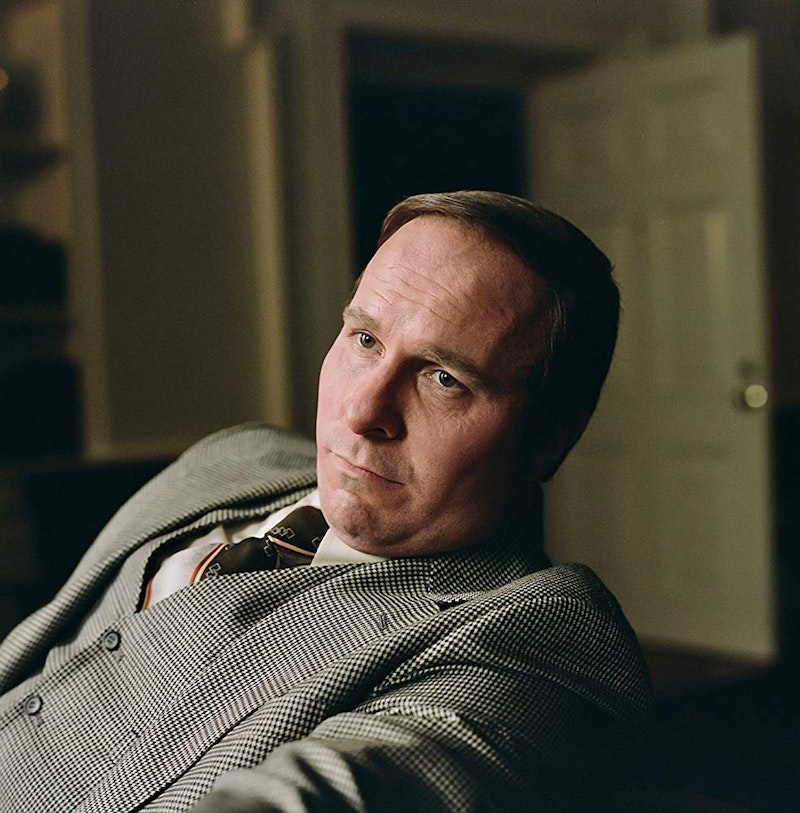 Yale doesn’t like goofiness. David Bromwich, a professor there, has hauled together his thoughts on Dick Cheney and the movie about that disastrous man. As everyone but the Academy has noticed, Vice is a bad film and its jokes don’t work. By the professor’s lights, this indicates that movies about heavy subjects shouldn’t have jokes. A particular salad has rotten tomatoes; therefore, tomatoes shouldn’t be in salads. Why not? Bromwich’s piece (it’s at The New York Review of Books) doesn’t say.

The Cheney biopic, we’re told, “promises a sober treatment of the national disaster associated with Cheney,” but it “keeps jumping nervously from the solemn to the jocose and back.” The film “wants to be a slashing exposé and it wants to be a spoof, a stunt, a pinwheel of visual and editorial gags, in the satisfied manner of Comedy Central.” Luckily we have the straightforward Oliver Stone. “By contrast, the handling of Cheney in Oliver Stone’s W. (2008) was straightforward and free of meretricious gimmicks,” the article says.

How did Vice promise a sober treatment? Why can’t a slashing exposé also be a pinwheel of gags? What’s this about Oliver Stone shooting something that didn’t have gimmicks? Well, let’s see. I guess Vice promised a sober treatment just by being about an important subject. Next, gags aren’t serious, so a slashing exposé can’t have them, pinwheeling or otherwise. Finally, Oliver Stone is never funny, so his gimmicks aren’t gimmicks. Bottom line: Vice was bad because its jokes kept it from being serious, all right? Or, as the professor puts things: “The gravity of the moral indictment is fatally undercut by the dispensable bright ideas that were not dispensed with, and creeping around the edges is the lazy conceit that we are a nation of morons anyway.”

But the bright ideas in Vice weren’t dispensable. They just weren’t bright. Nor was the serious stuff all that weighty. Scrape away the jokes and you’re left with dim lighting and Christian Bale sitting at various desks. No character arc, you see. The movie’s Dick Cheney chugs on, doing what he does until the world goes bang. He starts out as a young drunk, then he straightens up, and next thing he’s sabotaging Henry Kissinger and running Halliburton, and then the horizon dances with flames. He does all this for reasons unknown; the filmmakers didn’t think about that side of things. Take the jokes out of Vice and you have a blank. But put them in and you have jokes hung on a blank. You have clutter, and it’s been created by an absence of thought. No wonder nothing’s funny.

Of the movie’s misfired jokes, Exhibit A is the narrator who turns out to be 1) dead and 2) Cheney’s heart donor. This is a twist, no doubt. But we’re supposed to be outraged and there’s no reason to be. Yes, Cheney (at least in the movie) has the heart of this particular young man, who was a good-natured worker, dad, and husband. But those are the breaks. The young fellow checked the organ donor box; then he jogged into the path of a very nearby truck. Cheney didn’t push him. The movie’s narrator gag would make beautiful sense if, for example, Cheney had been jumped to the head of the line for organ recipients. Then we might learn that the narrator was the poor schlub who never got a heart. Apparently, no such case could be claimed, so Vice fudges together this substitute.

Vice’s title is a fudge too. The movie should’ve been called Dick. Maybe that was impossible because of Andrew Fleming’s 1999 comedy. But Dick is a title you can spit out with a toss of your head, whereas Vice gives the throat a reason to close up shop and quit talking. Dick has a meaning that slaps full on into the brain: it’s the guy’s name, and he’s a bull-headed agent of destruction who uses force and guile to screw up the world. Whereas Vice gives the brain something to flick away. (The insider nickname for vice president is vice. Huh.) Dick works, Vice doesn’t. The film makers didn’t notice and that’s funny, since they thought they were so clever. It’s serious too, if you have money in the film. Mainly, of course, it’s a drag.