A brief overview of the four most common aspect ratios in the history of popular cinema. 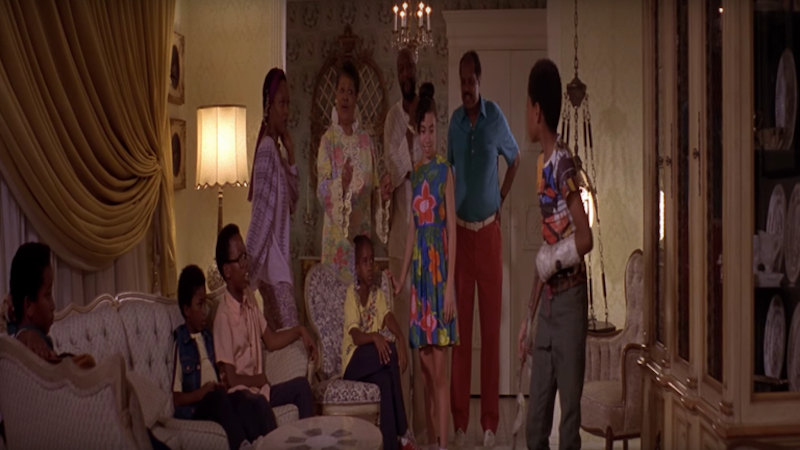 A24 sells an “Aspect Ratio Blanket” for $120. The studio’s expensive blanket might be comfortable, but you wouldn’t have a clue what it was if you didn’t know it was the “Aspect Ratio Blanket”: it’s just a series of different overlapping measurements that create a bland geometric shape without enlightening the “user” as to the difference between 1:66, 1:85, 1:33, 2:35, and so on. Looking at the display photos of this thing, you have no idea what the fuck an aspect ratio is. But this is just a way in to say that aspect ratios are important, and, in my experience, they’re not understood or taken seriously by young filmmakers and film lovers—let alone mass audiences.

I understand those not directly involved with the production of film and television to know what an “open matte” is any more than I’d expect the layman to possess detailed information about Olympic swimming, wood carving, or urban planning. I know nothing about urology (formally). But I’m regularly shocked by how many filmmakers I meet who don’t know or care about the artistic possibilities of aspect ratios, or the preservation of films in their intended aspect ratios. Amazon Prime is a disaster when it comes to this: besides offering censored cuts of movies like Bad Lieutenant without any indication, they often crop films from 1:85 to 1:78, or modern “fullscreen.” Some are probably open matte transfers, but the many I’ve seen are all cropped.

Rainer Werner Fassbinder’s In a Year with 13 Moons is available to stream on both Amazon Prime and the Criterion Channel, albeit in different aspect ratios: Amazon has it in 1:85, while Criterion has it in 1:66—according to iMDB, the film’s intended aspect ratio is 1:66, and since Fassbinder shot a number of other films in 1:66, and none in 1:85, we don’t have to work very hard to find the company that doesn’t care how its films, its “product,” are treated or preserved.

The movie pictured above is Spike Lee's Crooklyn, from 1994. It's in 1:85, but certain scenes were shot with "incorrect" lenses that made everyone look stretched out, pinheads standing around a Southern home full of people but totally alien for the young girl from New York. Lee distorts his image in an obvious way to make visible his character's condition. Everyone looks like they're standing at the edge of an early CinemaScope or FrancoScope frame. Of course a filmmaker could bop it, twist it, and fuck up any of their images now in any way they want, but why? Why use a computer when you have lenses and space to move around in?

Regarding archives, it's easy to forget about the efforts of filmmakers like Steven Spielberg, Martin Scorsese, Francis Ford Coppola, and Ron Howard in the 1980s and 1990s to preserve “old” films and establish an attitude in pop culture that views films as fine art rather than newspapers to be pulped for next year. The illusion that “everything can be found on the Internet,” is false and easy to disprove, but many just don’t care. The efforts of the aforementioned filmmakers, particularly Scorsese and his World Cinema Project, must be continued after they die. There isn’t much time.

A few movies from 2019 in 2:35: Uncut Gems, Booksmart, Us, Downton Abbey, Richard Jewell, Bacurau, and Hustlers. Movies shot in 2:35 will still be letter boxed (bars on the top and bottom) on modern widescreen televisions. It’s only a stroke of luck that it’s relatively comfortable to watch letter boxed movies now, as opposed to Pulp Fiction on a 12-inch CRT. Quentin Tarantino, and Woody Allen with Manhattan, had the power to insist on letter boxed transfers of their films on home video, while others suffered from horrendous “pan and scan” disasters that disfigured their films. Besides “creative restoration,” as demonstrated by George Lucas, Wong Kar-wai, and Michael Mann, conglomerates that don’t care about art also don’t have to try very hard to present movies fairly close to how they were composed, if not how they were meant to be presented.

You don’t have to be a filmmaker to know and care about aspect ratios—would anyone take issue with quibbling over the cropping of a Cézanne or Matisse painting? Imagine chopping off the right and left side of Guernica. I don’t think that Eddie Murphy, or Colleen Camp in Death Game, deserves any less respect than artists and authors that’ve been dead for hundreds of years. These things can last for generations, but it’s not heaven-sent: Lois Weber was a figure comparable only to D.W. Griffith in early silent cinema, yet only eight of her 100-plus films survive. She was enormously popular, but unknown today. I’m sure her fans thought her work would be around forever. These people will die, but their work can live on, and in doubling themselves, they can finally be whole—they need help.