The Rotten Fanboy Fondue of Glass

For the first time, M. Night Shyamalan has made a boring movie. D 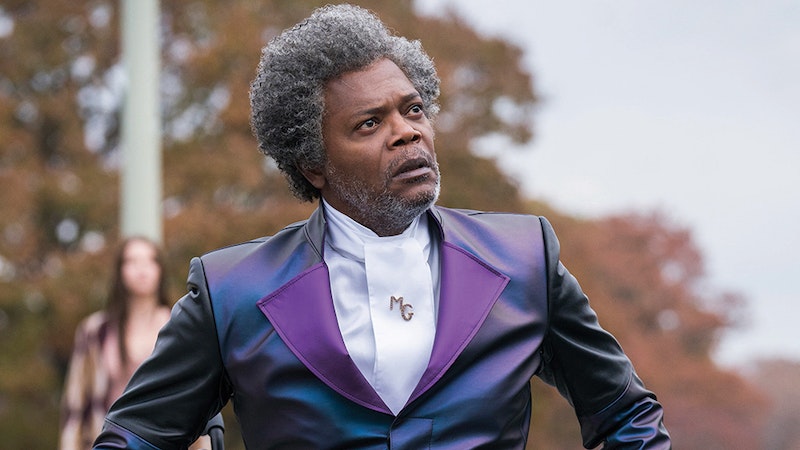 M. Night Shyamalan, needless to say, has made bad movies before. But what he hadn't done, until now, was make one in which the major fault was that it was boring.

Glass, Shyamalan's new sequel to two of his previous films, is a new kind of M. Night misfire. Most Bad Night pictures of the past have at least been bad in interesting ways. Glass is the first time I've ever been so indifferent to one of his films. This fusion of Unbreakable and Split brings together two films that don't fit together naturally, and accentuates the worst aspects of both. Unbelievably talky and inert, Glass sticks to a single, boring location for the majority of its running time, and aside a couple of brief fight scenes, it spends an uncomfortably large portion on long expository dialogue. Then, just when it's about to get interesting, there's a twist, and not a very good one.

Also, the film looks like crap, setting most of the action in a single, drab location. Remember when Shyamalan was considered an expert visual stylist? As we discovered at the end of Split three years ago, the hero and villain of 2000's Unbreakable, Bruce Willis' David Dunn and Samuel L. Jackson's Mr. Glass, in fact exist in the same universe as Split, which was the story of Dissociative Identity Disorder-suffering kidnapper Kevin Crumb (James McAvoy.) Crumb has 23 separate personalities, including a violent and animalistic persona known as "The Beast."

It’s a conceit that feels like a Reddit-fueled theory, a fanboy-driven crossover scenario that makes little sense, and the new film comes up with perhaps the most contrived possible way to bring them all together.

Willis' David Dunn, now a widower, is a vigilante crime fighter, with help from his computer-wiz son (Spencer Treat Clark, returning from Unbreakable.) Once he confronts The Beast, they're both taken to a specialized mental hospital, supervised by psychiatrist Dr. Ellie Staple (Sarah Paulson), an expert on the "disorder" that has people believing in the existence of superheroes and villains. And of course, Mr. Glass is already there.

Leave aside the questionable wisdom of sticking all these people in the same place, especially one where there's exactly one security guard on duty at a time. The action is set in the hospital for almost an hour at the middle of the film, and it's just boring. And then, when it appears something interesting is about to happen, the ending is a huge letdown, adjusting the stakes downward in a way that's unsatisfying.

I appreciate Unbreakable a lot more, but my least favorite thing about it has always been how much it hammered the comic book angle. Glass has the worst aspects of the other two movies. We learn more about the Beast's background and origin, while we also get more of Mr. Glass' never-ending theories about the conventions of comic book storytelling. And pontification about comic books is a lot more tiresome in 2019 than it was 19 years ago.

Just as he did last year in that unfortunate Death Wish remake, Willis plays a vigilante and sleepwalks through the part. And anything there is to say about a man in his early 60s trying to remain a superhero, Glass isn't interested in saying it. As for the normally outstanding Jackson, he doesn’t speak for probably the first hour of the film, and by the end of the second hour I was missing the first. But even his dialogue isn't as tiresome as McAvoy's. Some of the voices he does in these movies are just nails on chalkboard to me.

But the film’s writing is worse than the acting, with an over-reliance on using explanations of childhood trauma and mommy/daddy issues for everything. In that way, Glass is like an entire movie made up of that scene at the end of Psycho when the shrink explains what really happened to Norman Bates.