Certain Women and Moonlight and their crushing loneliness and isolation. 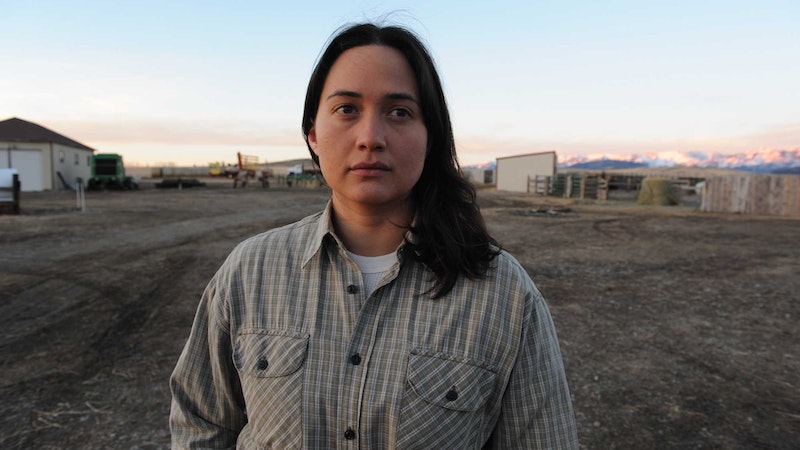 After a couple of weeks slogging through dregs left over from the summer and failed prestige pictures, I had a refreshing doubleheader at The Charles this past weekend with Certain Women and Moonlight. As soon as November comes, the quality of the movies shifts drastically, and you get out of that zone of horror propaganda and right-wing hagiography, and for a few months, new movies are actually on the level with the stuff Netflix and HBO are putting out. Feature films need to play well in China and the United States to get made these days, and there are precious few production companies (Annapurna and A24, especially) that are acting like patrons of the arts and bringing back the mid-level budget feature film that’s a bit more niche than Doctor Strange. Black Mirror appeals to and excites a fraction of Netflix’s subscriber base, but they balance it out with Stranger Things and Orange Is the New Black. The decimation of the mid-level independent movie means dreary times at the theater, with the endless rollout of remakes, adaptations, sequels, and franchises compounded by made-for-TV quality dreck made by automaton committee.

Enough about all that dross—I hope the quality of this past weekend continues through the end of the year. Kelly Reichardt’s new film Certain Women is a revelation, a movie of vast expanses and desperate, silent longing. Unlike Reichardt’s past films (I was bored out of my skull by Meek’s Cutoff five years ago), the lingering patience and space of Certain Women is thrilling and gave me a lot to chew on. Reichardt’s study of four women and their silent struggles in rural, conservative Montana manages to critique the patriarchy without ever being preachy. Laura Dern plays a lawyer with a stubborn, delusional client who won’t listen to a word she says: when another, male, lawyer explains the situation to the client, he accepts it quickly, just saying, “Okay.” Dern wonders how much easier being a man in her profession would be, and it’s the only time in the film that Reichardt shows her hand. The film is split into three parts, beginning with Dern, followed by Michelle Williams, who plays an enterprising mother who feels her daughter and husband don’t support or appreciate her enough. Although this section is a bit weak, the final piece of the film reframes the first two chapters as a starter course.

Lily Gladstone plays a butch rancher who somehow ends up in a night law school for teachers with nothing better to do. Kristen Stewart is the out-of-her-element instructor, a recalcitrant, slightly bitter woman who made a mistake and took the job without knowing she’d have to drive four hours each way twice a week. The rancher regards Stewart with all the butterfly purity of a first crush, and it’s devastating to watch Gladstone silently covet Stewart and see Stewart negotiate her own feelings as her student ends up driving four hours just to find her at another job.

Barry Jenkins’ Moonlight is similarly structured and themed: a three-part journey through the life of a painfully shy gay black man named Chiron, following him through his early childhood and high school years in Miami, to his adulthood in Atlanta. He’s routinely beaten up and called a faggot by his peers, and his mother, a basehead, steals all the money that his surrogate parents give him. Chiron has exactly one sexual encounter with another boy in the middle section, but as we see in the third part, he has hardened and taken up a life of drug-dealing and trapping because it was easy and available. He reunites with that boy he touched on the beach under the moonlight and tells him it’s the only time he’s ever been touched. Moonlight aches with the kind of loneliness and isolation that festers and rots people to reconcile their identity in a community that has no space for them, but it feels a bit more hokey than Certain Women, with a very formal score full of orchestral movements and piano motifs that unnecessarily remind the audience that yes, this is a very important subject about “the other.”

Reichardt and Jenkins’ films have more in common than not—the former takes place in an all-white milieu, the latter in an exclusively black world. But the longings of a dumpy rancher in rural Montana and the isolation of Chiron in homophobic black Miami and Atlanta are remarkably similar: the kind of loneliness that drives people so inward that they lose the ability to function, hanging around the fringes of society, the last ones to go postal or act out. They remain quiet, and it’s rare that we get two movies released so close to each other about this sort of neglected subject.