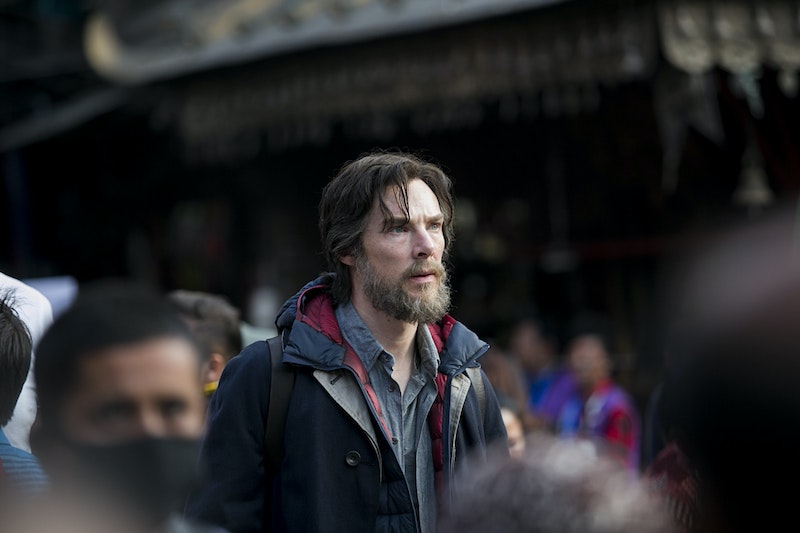 Doctor Strange isn’t the best film in the Marvel Cinematic Universe canon, but it may be the most creative. Sure, the film follows the usual Marvel superhero movie template in a lot of ways. But it also reinvents the form, mostly visually. It’s a winning effort from director Scott Derrickson.

The new film, with Benedict Cumberbatch in the title role, is a bit more sci-fi and more mystical than most Marvel films to date. And while it doesn’t stand completely outside of the other Marvel movies, Doctor Strange is considerably more standalone than most other MCU efforts to date.

Cumberbatch plays Dr. Steven Strange, an uncommonly brilliant neurosurgeon. When an accident deprives him of the ability to perform surgery, Strange takes off for Nepal, where he’s counting on a mysterious guru known as The Ancient One (Tilda Swinton), and as a result is soon pulled into a multidimensional battle with a super villain (Hannibal’s Mads Mikkelson.)

The director, Derrickson, is mostly known for a series of horror films—The Exorcism of Emily Rose, Sinister, Deliver Us From Evil—of a much smaller scale than this, while his co-screenwriter, C. Robert Cargill, got his start at that noted repository of bad online writing, Ain’t It Cool News. But both do career-best work here.

Yes, the script’s mumbo-jumbo factor here is quite high. There’s a ridiculous overabundance of expository dialogue, complete with a whole lot of references (“Eye of Agamotto,” “the Staff of the Living Tribunal”) that won’t mean a thing to those who aren’t familiar with the comic books. But even so, the movie succeeds, for two big reasons: A big, movie-star performance from Cumberbatch, and a really great visual style, from Derrickson, cinematographer Ben Davis, and the usual team of hundreds of animators and graphic artists. And there’s a pretty nifty levitating cape.

Doctor Strange actually makes fine, creative use of 3D, which is something I say about one film every two years. It uses that Escher-like cities-folding-on-themselves trick, used briefly in Christopher Nolan’s Inception, but it expands on it, and does it in three dimensions. There’s an inspiring third-act action sequence, with the brilliant idea of time moving forward or backwards, depending on whether the hero or villain is winning. And the film has better-than-usual mastery of setting things up and paying them off down the line.

Doctor Strange avoids most of the worst tendencies of superhero movies of recent years: there aren’t too many characters introduced in too short a time. It doesn’t spend massive amounts of time setting up the next film in the series. The third act features no giant, scary, energy-sucking machine in the sky. And the action is photographed and presented coherently.

The supporting cast is pretty strong too, with another Benedict, Benedict Wong, stealing scenes as a mystical librarian. And Michael Stuhlbarg shows up as a venal doctor, who is almost certainly made up to look exactly like Dr. Oz.

Next year’s Marvel movies will likely fall more into the two-and-a-half-hour, 10-stars-per-movie formula. And while those movies have their place, it’s nice, for once, to see a high-quality superhero movie that stands on its own.