Seeking the upbeat after finally getting Covid. 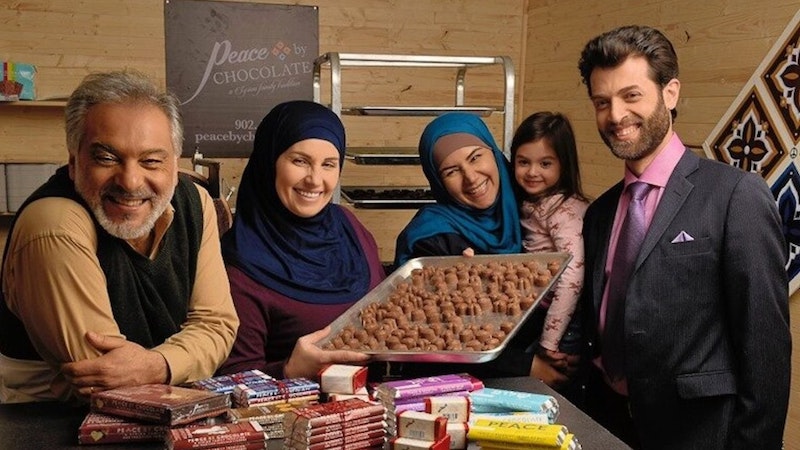 Cutting short an Adirondack vacation, my wife and I, both testing Covid-positive, returned to New Jersey to isolate at home. Feeling glum, we chose movies on streaming-TV that held potential for mood-elevation. Thus, not Lansky with its trailer full of torture and murder; no movies in which either World War or the Holocaust was central; not Benedict Arnold: Hero Betrayed, as this wasn’t the moment for a revisionist take on treason; and not After Yang, which looked sad and creepy in its story of a future family losing their AI helper.

We watched a couple of movies instead that had “heartwarming” emblazoned on their reviews. These were Downton Abbey: A New Era and Peace by Chocolate. The former fiction, the latter based on a true story, they both offered low-key drama and a broadly benign picture of human nature. Notably there’s no outright villain in either film; that struck me as true to life, in that while I’ve no doubt about the existence of evil, I’m struck by how much tension and trouble can arise even when malevolence isn’t an obvious or dominant factor.

In Downton, it’s around 1928, and the Dowager Countess unexpectedly inherits a villa in southern France from the Marquis de Montmirail, whom she hasn’t seen in decades. She’d thought this was a joke but now will hand it over to her great-granddaughter, Sybbie. First, her son, Lord Crawley, and a few others accept an invitation from the new Marquis to visit the property, where the widowed Madame Montmirail is the closest thing the film has to an antagonist. She’s understandably upset that her late husband willed the property to what’s presumably an old flame. Fortunately, there’s no big financial problem or moral dilemma involved, as the French family has plenty of other houses. But there are also emotional consequences for Lord Crawley, whose birth occurred nine months after a possible liaison.

Meanwhile in England, the family’s allowed a film crew to use the Downton house for a month, a vulgar transaction that’ll get the leaky roof repaired. The servants are entranced at proximity to movie stars, though starlet Myrna Dalgeish is notably rude. The production is almost canceled, since “talkies” are superseding silent films, but survives when Lady Mary fills in as the voice of Myrna, whose accent is unsuitable for her character. Myrna’s initially enraged at this, but a good talking-to from a duo of sympathetic maids sets things right. The director politely comes on to Mary, and the leading man cheerfully makes a proposition to Barrow, the once-scheming butler whose basic decency now shines through his loneliness in the closet.

Various characters get a chance to explore untapped talents and opportunities. Molesly, servant-turned-teacher, helps out with the script, opening new career and romantic possibilities. When the extras walk out because their pay’s been delayed, the servants fill in. The downstairs staff gets some screen time and a chance to shine in fancy clothing, without the slightest hint that anyone has any hesitation about what is, in effect, strikebreaking.

Peace by Chocolate is the story of the Hadhads, a family who came to Canada as refugees from the Syrian Civil War. Tareq, a young man whose medical-school ambition has been disrupted, arrives first and is aghast at his dubious prospects in the small town of Antigonish, Nova Scotia, where they’ve been sponsored. His parents then arrive, speaking no English. The father, Issam, had built a chocolate factory in Syria that had been bombed. The malevolence and horrors of war that have shaped their situation are alluded to with little detail and mostly left off-screen.

Issam makes a cumbersome attempt to offer his services to a local chocolatier, Kelly, but language and cultural barriers get their interaction off to a bad start. Issam then begins making chocolates in his own kitchen and selling them at their sponsors’ church, the beginning of what will become a growing business. A central tension is between Tareq’s yearning to get into medical school, and Issam’s insistence that his son help with the family enterprise. Both are understandable desires.

Kelly’s hesitancy toward outsiders and fear of competition make her the main antagonist in this story, yet she’s not entirely an unsympathetic character; she’d offered early on to showcase Issam’s chocolates at her store, and got brushed off, and when the family suspects that she’s called a building inspector on them, she says that others in town did that. Xenophobia and bigotry, it seems, were part of the family’s reception in Canada, but a relatively minor factor. An encounter with a hostile U.S. border agent when Tareq tries to enter Vermont to give a speech at the Governor’s invitation is suggestive of U.S. insularity, but it’s also pretty foolish of the refugee not to have checked with consular authorities as to what documents he’d need. In any case, although Tareq has not made it to medical school, the family business has thrived.