Elvis is a Shimmering, Hollow High

Baz Luhrmann’s biopic is an exceptional piece of maximalist filmmaking, but Elvis diehards will hate it. 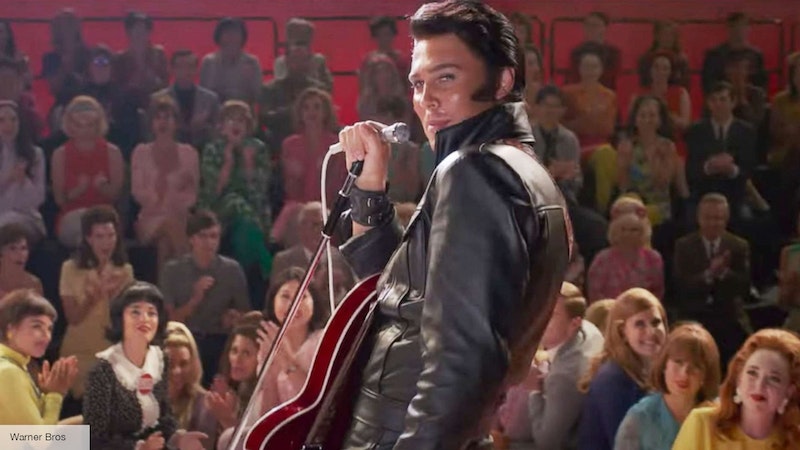 Baz Luhrmann was perhaps the most ill-suited filmmaker in the world to adapt The Great Gatsby: there have been “unfilmable” books that’ve made good movies (American Psycho, from 2000, is the most recent example), but that book will never turn into a good movie—unless all of the parties are filmed through glass. Naturally, Luhrmann focused on the champagne and tails and Gatsby (Leonardo DiCaprio) rather than Nick Carraway. It was an overblown and obscene interpretation of a desolate and sad novel. Moulin Rouge was more “his thing,” and I wish Luhrmann would practice “his thing” more often than once a decade.

Movies about rock stars are really hard to get right, and while diehard fans of Elvis Presley who know his life and body of work beat by beat might find Luhrmann’s Elvis worthless, I loved it as a work of pure cinema art. Elvis has a standard biopic structure, birth to death with flashbacks, but it glides along on a thin amphetamine high for nearly three hours. I saw it with two friends who both disliked it, one of whom said the editing felt like a “never-ending trailer,” (a valid description), the other wished there was more than cotton candy and a surfeit of material with absolutely nothing to hang onto. It’s true: Elvis doesn’t contain real people, and its bombast is so overwhelming that if you care at all about this man’s life, and especially his music, you’ll probably hate this movie.

Austin Butler is “Elvis the Pelvis,” a nickname I forgot about until he breaks out of Memphis after making young women climax in place 30 minutes in (one woman involuntarily lets out a primal, erotic scream, and it’s the most human moment in the movie), and Tom Hanks is Colonel Tom Parker, who I didn’t know had an accent or was from Holland. It sounds more like Dracula to me, and while his voice and bloated appearance in trailers was laughable, I thought he was pretty good as the parasitic carnival barker. This is a crazy movie, with zero formal peers. 2019’s Rocketman was similar in places, but without Luhrmann’s lavishness or extraordinary images. Elvis and Priscilla’s bedroom is lit and dressed like a Vincente Minnelli set, and the surfeit of images leaves you full of the fever dream of one man’s life made by one of the most hallucinatory directors alive.

Elvis is so mesmerizing that you don’t just forgive Luhrmann placing Presley’s 1968 Christmas Special taping on the day Robert F. Kennedy was assassinated—the furthest you could get on the calendar and still be in the same year—you celebrate it. This is a wild collapse of time and space that more often than not feels like an amphetamine binge, and more precisely than any “drug movie” besides 2002’s Spun. But what’s baffling about the movie is that it goes from 1959 to 1968 in less than 10 minutes, and this is only an hour in. The high of Elvis starts to wear off, before returning, ironically, once he lands in Las Vegas. Luhrmann is admirable for eliding Presley’s infamous death by simply showing him flying into the clouds, a gloriously literal image in a film full of glittering surfaces, colors, and not much else.

Luhrmann’s attention to detail at this scale of production is extraordinary, but ultimately, it’s all in the service of skimming the surface. I’d argue that with Elvis there was no “there” there and Luhrmann’s kaleidoscopic and hollow vision of his life is entirely appropriate. Elvis wasn’t The Beatles, he wasn’t B.B. King, he wasn’t Little Richard—but I know I’m in the minority. I’d put a hex on Luhrmann if he did a movie this hollow about Kurt Cobain or Jimi Hendrix, but with Elvis, whatever—finally we have an opportunity to see one of cinema’s most successful maximalists work again, and with even prettier dolls than before.