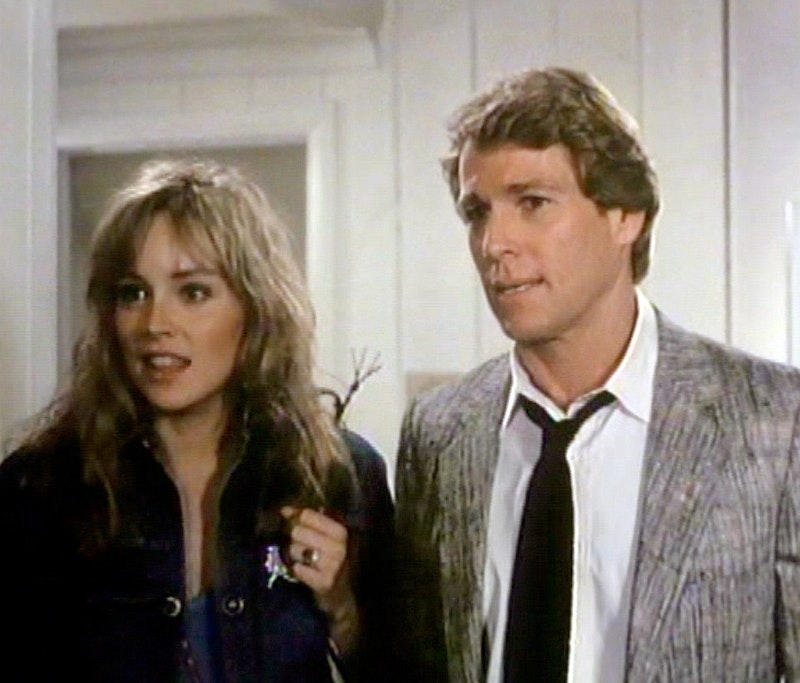 There are many movies featuring thinly-veiled caricatures, parodies, loving tributes, and everything in between, of people in the movie business. Most film industries love themselves, and Hollywood has produced plenty of barely-camouflaged stories ripped from The National Enquirer. Some of the most famous—All About Eve, A Star is Born, Shampoo, Once Upon a Time in Hollywood, The Last of Sheila—reference people long dead and out of the zeitgeist for decades. How many people could recognize an Orson Welles impression today? Forget about the theater people flayed in All About Eve, and even Tarantino’s 2019 masterpiece beguiled a surprising amount of people who didn’t know who Sharon Tate or the Manson Family were or what happened that night on Cielo Drive.

Movies about active entertainers, let alone attacks, are rare, and that’s what makes Charles Shyer’s 1984 Irreconcilable Differences so appalling. It’s a needlessly cruel film, thoroughly mean-spirited and exploitative—but the setup is great: Drew Barrymore plays the nine-year-old daughter of a famous couple (Ryan O’Neal is the director, and Shelley Long is the writer), and she wants “a divorce from her parents”—emancipation. There’s a great moment early on when her attorney, played by Allen Garfield, asks her a series of questions. We haven’t seen the girl yet, and when it cuts to her chair, the camera has to move down to meet her. But as soon as they get into court, chased by paparazzi, the movie becomes a beat-by-beat send-up of the marriage of Peter Bogdanovich and Polly Platt.

O’Neal must’ve really disliked his former director, because this is a complete breach of trust and an unforgivable act. Though details are changed, O’Neal is clearly Bogdanovich, and while Long isn’t Platt, her character is really nasty. When it comes to O’Neal’s films and Long’s formally uncredited collaboration with him, it’s dead-on for Bogdanovich and Platt. Ditto for the films he makes: An American Romance is The Last Picture Show, Gabrielle is Daisy Miller, and Atlanta is At Long Last Love. They are all received the same way as their real-life counterparts: commercial success and ecstatic reviews, disappointment, then disaster. The Cybill Shepherd stand-in, played by Sharon Stone (in her first film role, like Shepherd in The Last Picture Show), shows up one film late, in Gabrielle. History’s twisted when the brief nude scene is thrown into the period drama rather than 1950s skinny-dipping, and when O’Neal whispers something in Stone’s ear, she eagerly drops her top, leaving Long depressed and everyone else excited.

William A. Fraker’s cinematography and Drew Barrymore’s performance, however brief, save Irreconcilable Differences from being unwatchable. There’s a particularly moving moment when Barrymore watches an old movie on TV and imagines her and her parents in one, where they all live happily ever after. By then, we know the couple first bonded over their love of old movies. There are more problems with the film than its near slanderous depictions, like the brilliant setup derailed by a relationship drama that feels like a biopic. We watch a couple fall in and out of love, following many of the same beats as those lived by Bogdanovich, Platt, and Shepherd. It’s an obscurity, and deservedly so, because while it’s so mean, it pretends to be nice: with its “classy” look and “classy” score and “classy” conclusions. There isn’t a more cruel film from 1984 than Irreconcilable Differences.