Top 5 Networks Who Have Seen the Light

The second installment in a two-part series. 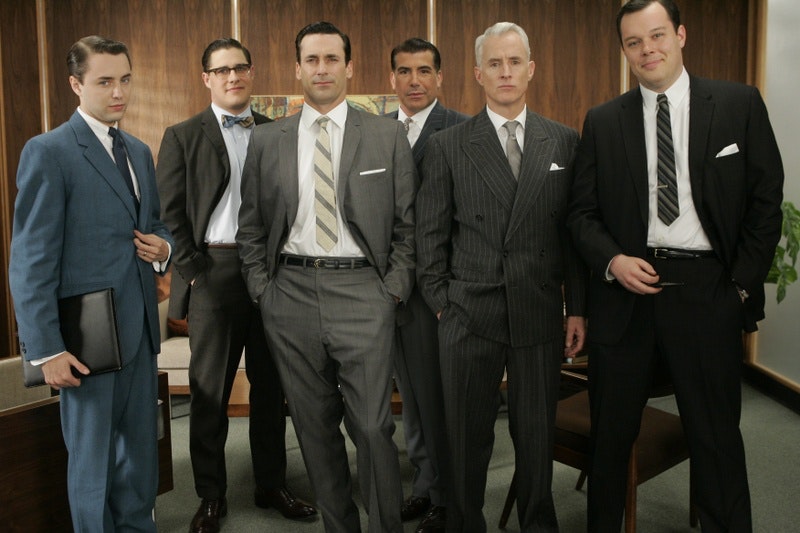 If you read last Thursday’s column on the “Top 5 Networks Who Have Sold Their Souls” you already know I have my biases. The changing nature of cable television, from hardcore niche programming to cheap programming with slightly greater appeal, has brought an onslaught of the kind of series I rarely watch: reality television.

I’m not a classic anti-reality snob. First, I have had my fair share of reality shows favorites—among them Survivor, Project Runway, Queer Eye, Girls Who Like Boys Who Like Boys. Second, I recognize reality TV has many benefits: it often allows for more diverse casting (more interesting women, more gay men, more ethnic minorities) and can provide more diversity (more stories about the poor or lower middle class is a key one).

Still, let’s be real: it’s cheap. It is a simple, low-risk way to increase ratings. (Though it is increasingly expensive, as evidenced by the Jersey Shore cast’s heavy salary demands).

In general, I prefer it when cable networks take risks with higher-cost scripted content, some of which challenges film in narrative and visual innovation. Below, six networks who have realized cable is about offering on your network what no other network is doing.

AMC
In just a few years, AMC has gone from “the network that plays ads in movies” to “home to the best ad-supported series on TV.” How did it manage that? The transition isn’t as drastic as it seems at first glance. The truth is, AMC saw its channel as one for people who are serious about good, often pulpy, cinema. So it decided to produce TV series that were cinematic, often pulpy. Every one of AMC’s series has been a critical darling—Mad Men, Breaking Bad, Rubicon, The Walking Dead. While Rubicon was a ratings failure, and Mad Men and Breaking Bad would be cancelled on most other networks, AMC delivered one of scripted cable’s biggest hits with The Walking Dead. And it did it without sacrificing quality.

FX
Where AMC as staked its brand on quality above all else, FX has strived to produce shows too edgy for the Big Four but just safe enough for ad-support. Even in its pursuit of edgy fare, it hasn’t forgotten the critics. FX started early with The Shield, long before other cable networks caught on. It is now home to the most cutting-edge comedies on TV—the absolutely brilliant Louie and It’s Always Sunny in Philadelphia, along with Archer, The League and now-cancelled Terriers—and some of its most daring dramas Sons of Anarchy, Justified, Rescue Me and Damages (now on DirectTV). For me Louie alone would make it worthy of praise, but FX continues to innovate, perhaps most recently with boxing show Lights Out.

USA
USA ran away from quality and instead focused on pleasure. Once a punchline, USA decided to invest in scripted TV, not to follow HBO but to outdo the Big Four at procedurals, from legal and spy shows to doctor and crime dramas. By all accounts USA succeeded. Its shows regularly top the ratings; even if it can’t always beat out TNT’s top series (The Closer and Rizzoli & Isles) it usually packs the bulk of the top ten.

What USA’s shows lack in sophistication of the Mad Men or Sons of Anarchy variety, they make up for in sheer joy and entertainment. What’s more, the network takes character actors and best friend types and makes them stars, a smart move. (See: Sarah Shahi, Mark Feuerstein, Mary McCormick, Jeffrey Donovan, Dulé Hill, Tony Shalhoub). Smart programming and writing have made USA more valuable than its parent company’s flagship, NBC. Quite a feat.

Food/HGTV
The flagships of Scripps Networks, Food Network and HGTV represent reality done right. Instead of abandoning their original missions in pursuit of schlocky shows with broad appeal, the networks focused on finding as many creative shows within their respective genres. The result is fantastic “binge television” for enthusiasts. On the Food Network (and now the Cooking Channel), you can learn to cook and be entertained by the masters. On HGTV you can travel the world buying a house or watch skilled professionals renovate homes large and small.

Showtime
When Showtime branched into original programming, it started with popular shows focusing on gay men and women. Yet its most recent transformation was as canny as it was progressive: women. Specifically, Showtime realized there was a large gap in serialized comedies and dramas helmed by complicated women. HBO wrote the book on the male anti-hero, so why not give women the same? The result has been Weeds, The Big C, Nurse Jackie, and United States of Tara, each a critical darling and a showcase for great actresses who rarely get such juicy roles in film. I hope Episodes and Shameless, despite their quality, don’t represent a programming shift (probably not).

Lifetime
Lifetime has its share of crappy reality shows, but what it’s done best is stick close to a working formula: pulpy, ripped-from-the-headlines, B-list-helmed films about women in trouble or behaving badly. It’s been ratings gold, each film outdoing the previous.

TNT
Not quite as consistent as FX, TNT still has a pair of cable’s top procedurals, and they’re often better than the Big Four.

IFC and Sundance
Without sacrificing their “indie quirk” brands, IFC and Sundance have been ordering reality and scripted shows that would appeal to their audiences. Girls Who Like Boys Who Like Boys happens to be the one reality show on TV about New Yorkers who actually seem like normal people. Now that’s radical.